Daewon of MADTOWN and UNB has now enlisted for his mandatory military service, and he got lots of support from fellow UNB members as he headed off!

He recently shared photos on Instagram of himself getting his hair cut short for the military.

He announced, “Everyone, I’m going to enlist on March 2! I’ve been so happy to be able to have such great memories and experiences and to meet all of you. I’ll take those memories with me as I go, and I’ll be back soon. I hope that you will all also stay healthy, wear a mask, and always be well and smile. I’ll return after improving myself.”

His fellow UNB members Feeldog and Euijin replied. Feeldog told him to go first and wait for him, and Euijin said, “Your hair looks good on you. Feel relaxed as you join up! I’ll come and visit.” 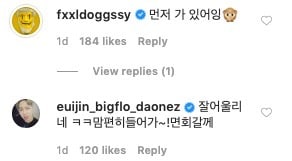 Daewon shared a photo on his Instagram story with UNB and U-KISS’s Jun backstage at his musical, describing it as his final time getting in some culture in his 20s. 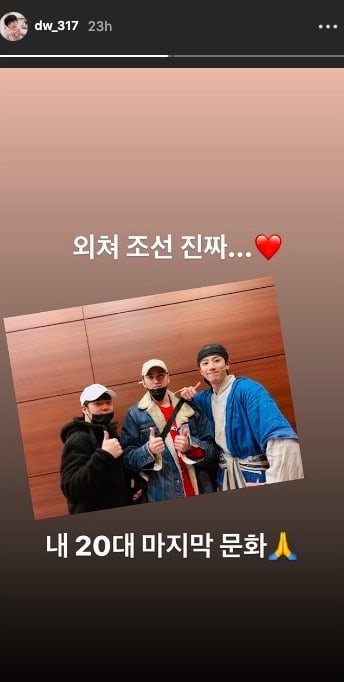 He also uploaded a strip of photos with UNB and H.B.Y’s Marco, with them both sporting buzz cuts! Daewon called him his younger brother and added “Park Sae Ro Yi,” the name of the character Park Seo Joon plays in “Itaewon Class” who has a similar hair cut. 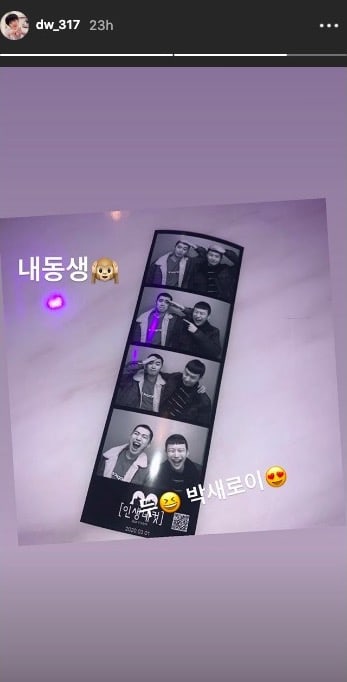 Marco shared the photos with Daewon on Instagram and wrote, “Go to the military and come back safely. Daewon said that he was scared of getting his hair cut, so I got my hair cut together with him. :)”

Marco posted a video on YouTube of the process of Daewon getting his hair cut! While Marco kept telling Daewon he looked cool, Daewon was suspicious and told him it seemed like he was making fun of him.

Marco also told him, “When you have a kid, you can show them this.” Surprised, Daewon said, “My kid? You’re thinking that far? As expected of you.”

Daewon debuted with MADTOWN in 2014 as the group’s main dancer and sub-vocalist. He competed on KBS’s “The Unit” in 2017 and won a spot in the final group UNB, which debuted in 2018. After signing to C-Jes Entertainment, Daewon made his theater debut in September 2019 with his first play.

Madtown
Marco
FeelDog
Daewon
UNB
Euijin
How does this article make you feel?