Luna debuted with f(x) in 2009 and is currently active as a solo singer and musical actress. She left SM Entertainment following the expiry of her contract last year.

During the show, Luna introduced her pet dog and said, “[When we were living together], Sulli got very lonely. I said we should get a puppy and the one I brought to the dorm is this dog. He was Sulli’s first dog.”

Luna shared that she had not seen Sulli after Sulli left f(x) in 2015 and said through tears, “[When I heard the news of her passing], I sat down in the street and cried. She contacted me [before she passed away]. For the first time in 15 years, she used informal speech with me and said, ‘Unni, I want to see you.’ I could tell that it was a message that she sent after holding it in for a long time. I felt so apologetic as her unni. I should have approached her first to talk. I should have said something, I should have told her I loved her more.”

Not long after Sulli passed away in October, Luna’s close friend and roommate also passed away. Luna said, “She was like family to me. We lived together in the same house. There was no other friend like her. Her life must have been really difficult. I can’t understand everything, but I know it must have been very painful. We had so many similarities, so we depended on each other a lot. We promised to get through it together and live a good life. We said that, but I had no idea she would leave so soon.” 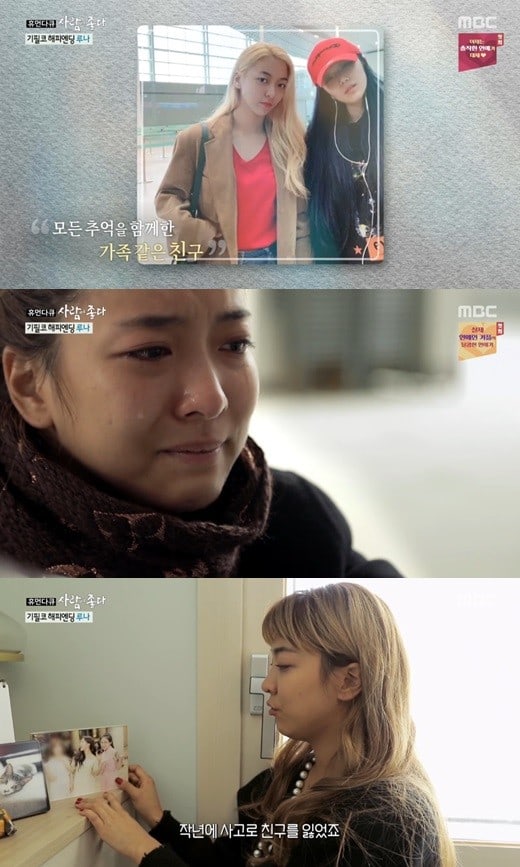 Luna also shared that she suffers from depression and panic disorder. She said, “[In the past], my condition was really bad. It was really hard. It may not have looked like it, but I had severe panic attacks. It affected me physically. I couldn’t even get in the car. As soon as I got in, my hands and feet would start shaking and I couldn’t talk and it was like I was going crazy. I was too frightened to get in the car.” 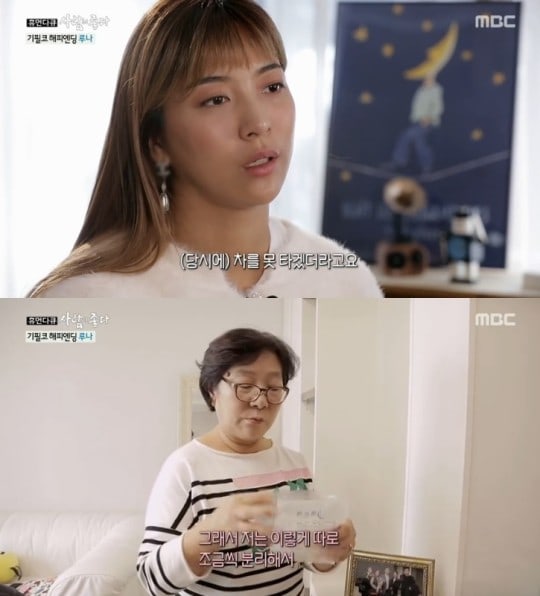 After talking with her mother about their family’s financial situation when she was younger, Luna shared her newfound determination to live a good life, not just for herself but also for her friends. “I want to sing their share as well as my own,” she said. “Being able to do what you can do, being healthy, being able to smile at little things and to live together with people and share each other’s joy, I think that is a happy ending. Mom, Dad, I’m not weak. Even if I’m sick, I’ll definitely get through it.”

f(x)
Luna
Sulli
How does this article make you feel?