Park Hae Jin has been hit by Cupid’s arrow!

In the previous episode, Kang San Hyuk (Park Hae Jin) tried to stop his growing feelings for Jung Young Jae (Jo Bo Ah), but he was unable to control his heart. He threw away his pride and stopped Jung Young Jae from seeing her ex-boyfriend Cha Jin Woo (Heo Ji Won), and when he ran into Cha Jin Woo at a hotel, he firmly demanded that he push Jung Young Jae away. Later, Kang San Hyuk recalled heartbreaking memories of when he was abandoned by his mother. Jung Young Jae comforted him, and eventually, Kang San Hyuk confessed to her, which led to the official start of their relationship.

In the new stills, viewers can catch a glimpse of the changed Kang San Hyuk. His face is lit up with a smile, and he looks relaxed in a comfortable t-shirt, cotton pants, and slippers. He also prepares breakfast with a calm, happy expression. While it is intriguing to see the effect of love on Kang San Hyuk, expectations are high for what other changes the drama will bring in the upcoming episode. 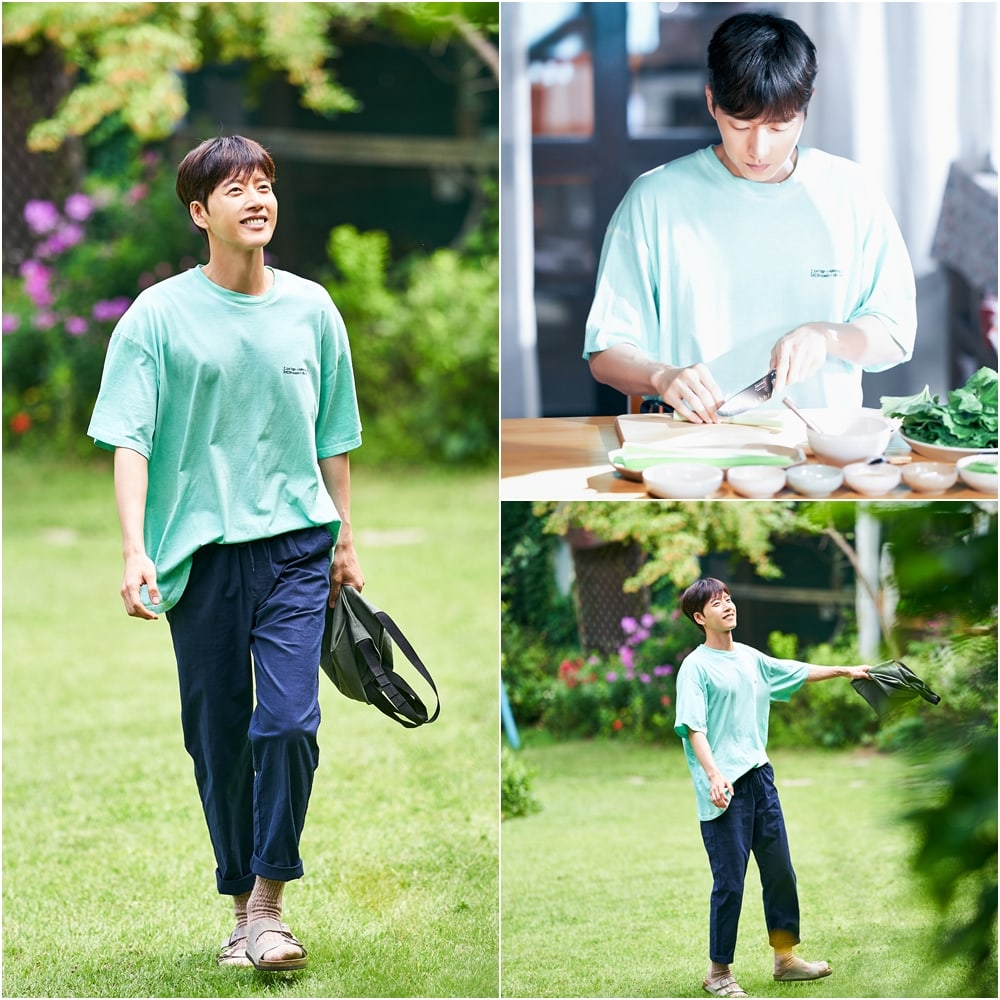 This scene took place on a set in Yeoncheon County of Gyeonggi Province. Park Hae Jin identified the names of the wild greens and personally prepared the ingredients he would be using for the cooking scene. Park Hae Jin amazed everyone on set with his excellent cooking skills, including cutting and preparing green onions with dexterous knife skills and perfecting the seasoning of the stew. The cooking expert on set held up his thumb and praised him, saying, “I don’t need to explain anything to Park Hae Jin.” Park Hae Jin smiled at the compliment, and once the realistic scene was complete, the production crew who were organizing the props tasted his cooking and raved about it.

The production crew said, “Park Hae Jin portrays every charm of the versatile character Kang San Hyuk, creating a sensation in every scene. Please look forward to the episode airing on March 4 (today) to see how Park Hae Jin will portray a man who only turns into a sweet lover for his woman.”