Channel A’s upcoming drama “Eccentric! Chef Moon” has shared a new glimpse of the chemistry between its two leads!

“Eccentric! Chef Moon” is a heartwarming romantic comedy that will follow the unusual love story of Yoo Bella, a world-famous fashion designer who has lost her memories (played by Go Won Hee), and star chef Moon Seung Mo (played by Shinhwa’s Eric).

Although Yoo Bella was once a highly-driven and successful designer, an unexpected accident causes her to transform into an accident-prone klutz who is unable to remember her past. After she moves to the countryside, she meets chef Moon Seung Mo and embarks on an unexpected journey of growth, love, and development.

Intriguingly, Yoo Bella and Moon Seung Mo wind up moving in together immediately after their first meeting—piquing viewers’ curiosity as to how the couple first met and what leads them to end up living under the same roof.

On March 4, the upcoming drama released several new stills of its two leads looking adorably domestic at home. In one photo, the couple exudes a relaxed chemistry as they share a conversation over tea; in another, Yoo Bella closely watches Moon Seung Mo as he shows off his cooking skills in the kitchen. 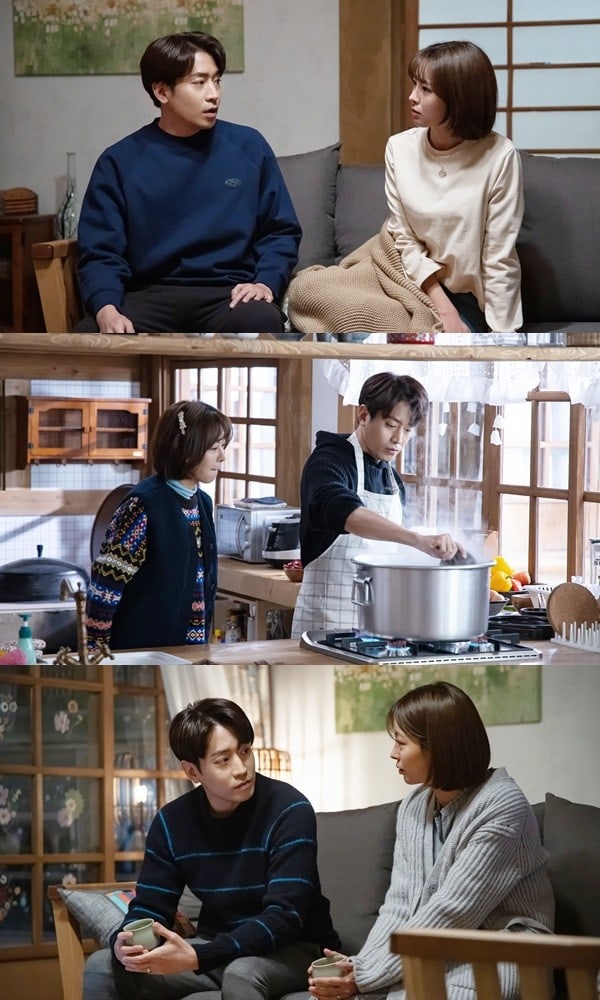 “Eccentric! Chef Moon” premieres on March 27 at 10:50 p.m. KST and will be available with English subtitles on Viki.