If you’re the type who doesn’t have enough patience to sit through long-drawn, slow-burn dramas with too many skippable episodes and want a short but sweet, punchy watch, then “XX” is for you. The drama is a web series, which was shown in 25-minutes through easily accessible online channels such as V Live, Naver TV, Facebook, and YouTube while 50-minute versions were shown only once a week on regular television. While web series are nothing new in Korea, “XX” has dared to be bold, cutting edge, and intriguing just like the dimly-lit, hidden bar where the characters revolve in. Here are reasons why you should give this drama a chance:

You get to experience a mysterious bar

Imagine going down the stairs on a typical, unassuming street to find a bar with no signage, address, or even a menu. Once inside, you will be allured by its magnetic ambiance but feel right at home, unlike the usual modern bars that have the tendency to make customers feel intimidated. That’s the concept of XX, a clandestine bar where you can have your drinks customized to your liking and drink in peace. One of the bar’s secret codes? Everything should be kept secret — taking photos and uploading them on social media is strictly prohibited. It’s like belonging to an exclusive club, and the best part? Having your drinks made and poured by the best bartenders in Seoul. 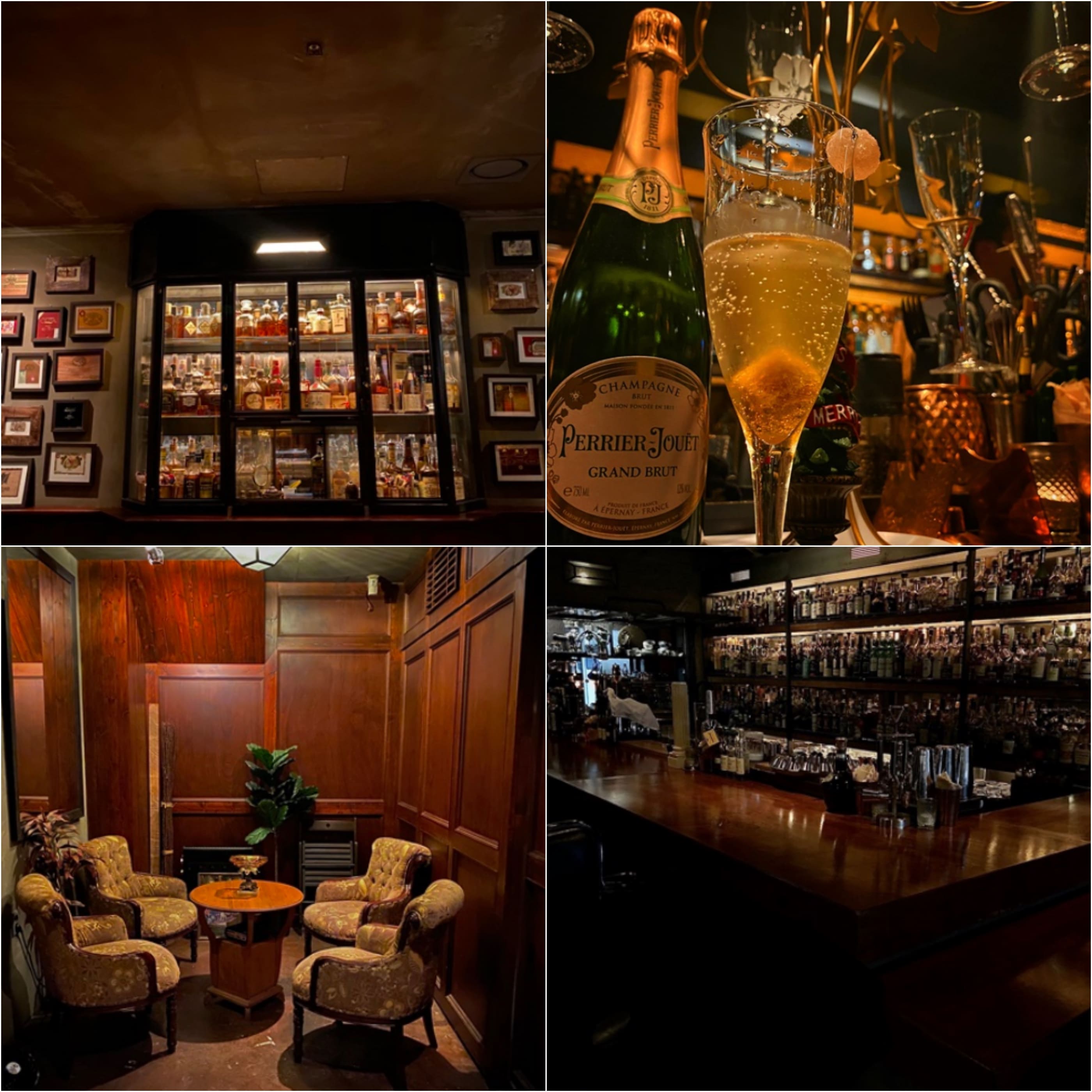 An all-visual and talented cast

Yoon Nana (played by EXID’s Hani) is the tough yet kindhearted head bartender of XX who knows the ins and outs of operating a cool bar. She knows how to make amazing drinks but also has a keen sense of what her customers want and feel, which is how she became one of the most in-demand bartenders in town.

Despite her strong exterior, Nana hides a deep scar that’s been kept in her heart for many years, until the person who caused it comes back into her life. This is Hani’s debut as one of the female leads, and already she appears like she has been acting for a long time. She exudes both confidence and vulnerability when she acts, and her cool persona shines through. She is also a natural in front of the camera, leaving viewers wanting to see more. 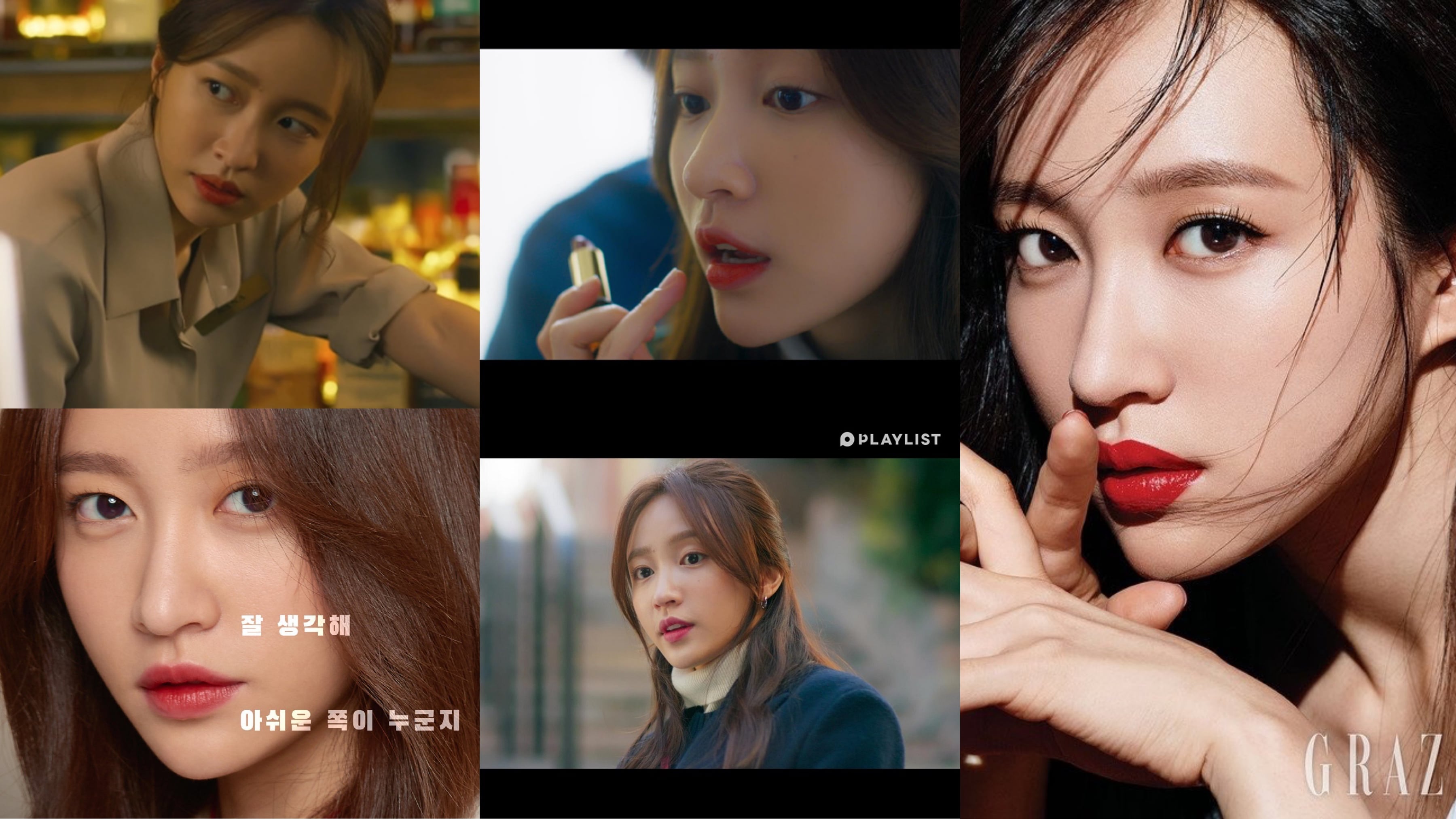 Lee Roo Mi (Hwang Seung Eon) is a rich conglomerate’s daughter who is chic, stylish, and cold when it comes to business and love. She may act strong and indifferent from the outside, but deep down all she wants is acceptance and acknowledgment from her father. She and Nana were best friends in school but she made the wrong choice to hurt her, causing their relationship to fall apart until the two became bitter enemies.

It’s easy to hate Roo Mi for her manipulative, spoiled ways, but that’s also because Hwang Seung Eon is an effective actress. She has been acting in films and dramas since 2009, but “XX” shows her more cunning, antagonistic side. Here she attracts viewers through her stunning fashion and makeup, with her accessories and outfits always on point in every scene. 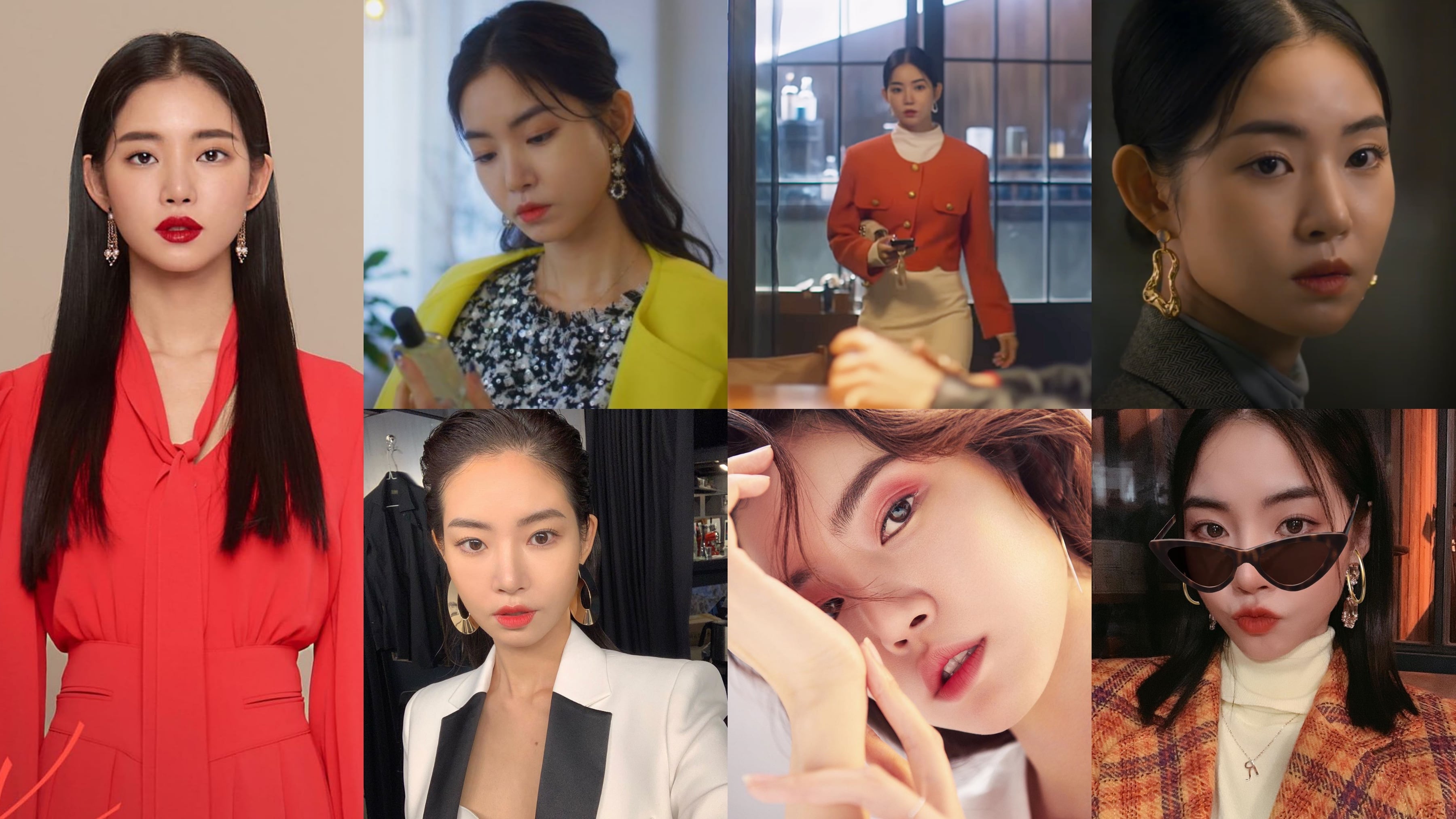 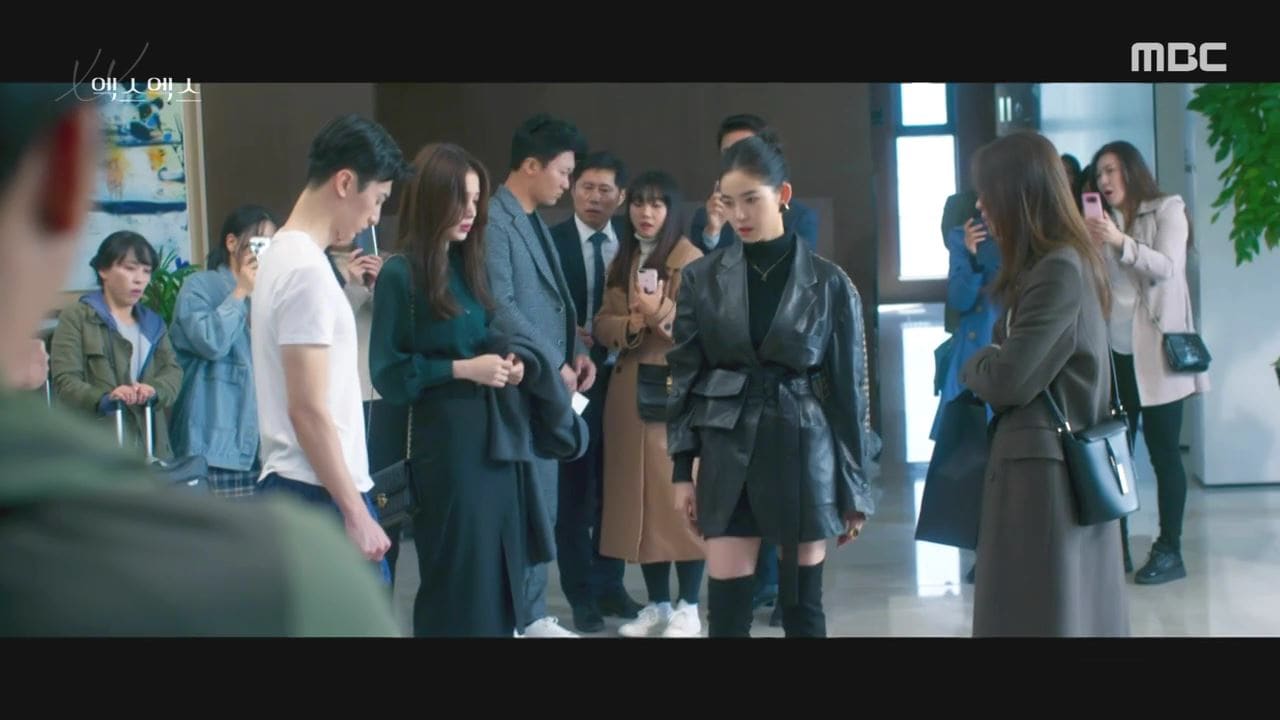 Wang Jung Deun a.k.a. Jayden (Lee Jong Won) is Nana’s best friend and roommate. He has an impeccable taste as a perfumer who owns a small shop in Itaewon. He has a bubbly and outgoing personality and he’s always there to listen to and defend Nana whenever she’s in trouble. He makes this drama even more interesting as one of the fresh faces to grace the screen. Lee Jong Won lights up the scenes with his intense stare and captivating smile. His comedic timing is also perfect, giving a much-needed lightness and laughter to the most intense episodes. An interesting fact about Jong Won is that he is under the Echo Global Group which also manages Daniel Henney. Could he be the next K-drama heartthrob? 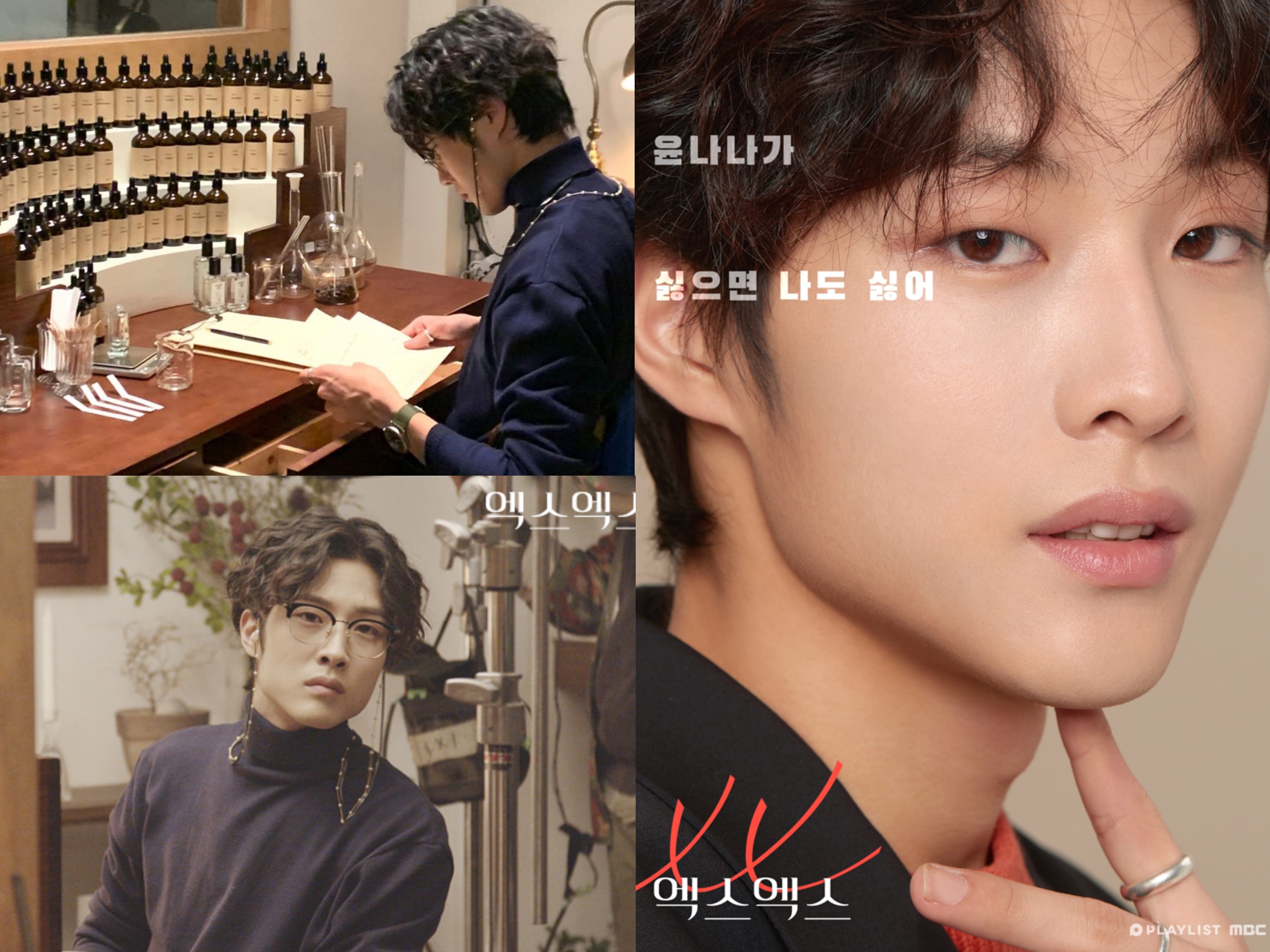 Another character who’s serving good looks aside from cocktails is Park Dan Hee (Bae In Hyuk), a rookie actor who is already capturing hearts with his subtle, mature acting despite his young age. (He was born in 1998!) He is Nana’s coworker who has been having a one-sided crush on her for two years. He stayed loyal to her and waited for the perfect time until her wounds have started to heal and she’s ready to love again. You must watch “XX” for his romantic lines which will definitely make you smile. He and Hani showed chemistry in this drama even though their romance didn’t start early on. That’s what makes this drama even more exciting to watch. Though he may not have done grand romantic gestures like typical drama leads, his quiet presence is reassuring. Also, how can you resist getting a drink in this bar if the bartender is this hot? 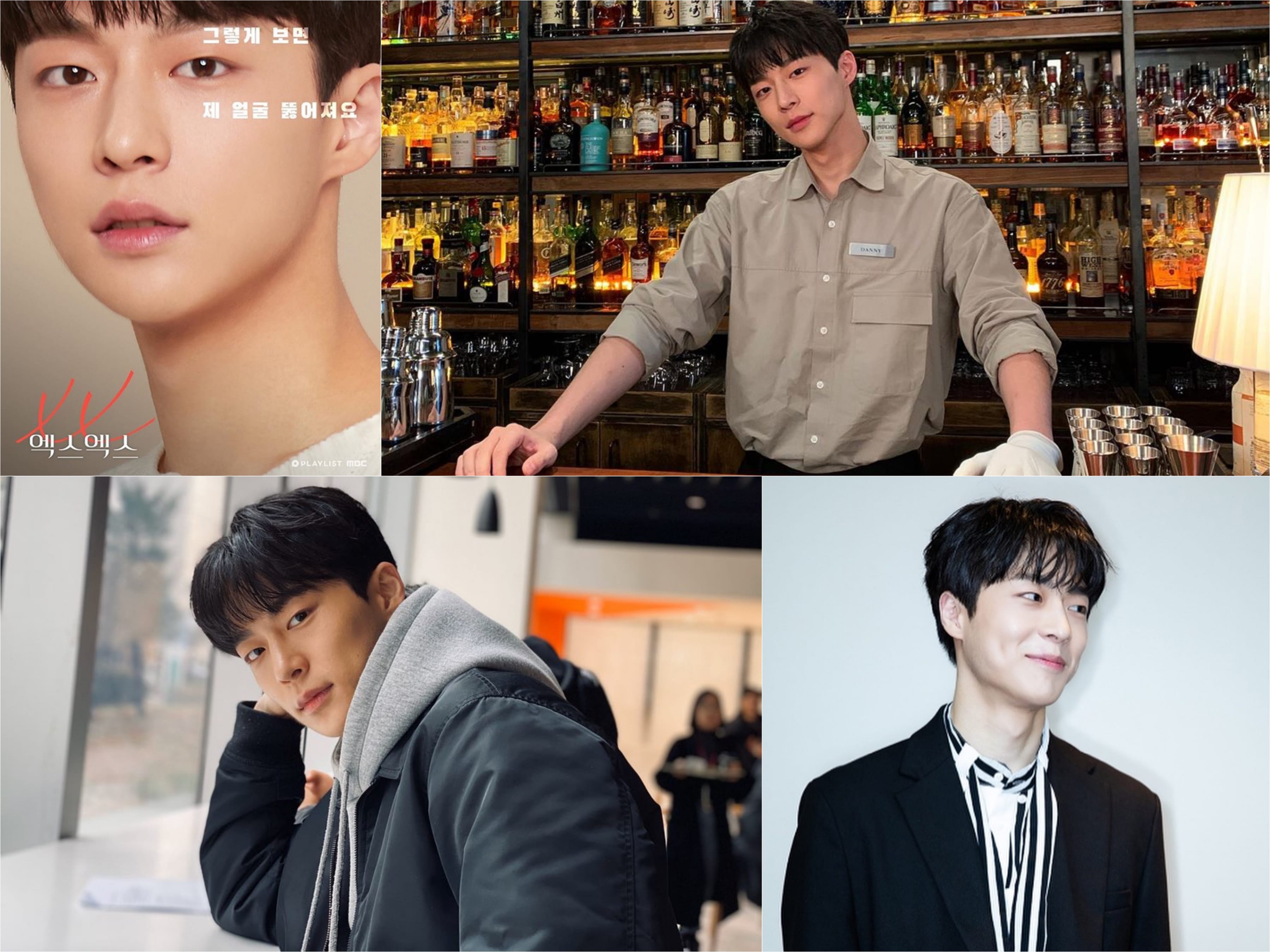 One thing you will notice while watching “XX” is the unique camera angles and editing which complements the scenes and situations in the drama. From the hazy, blue flashbacks to the dark, secretive panning of the camera in the bar to the sparkling romantic scenes, the camera work in this drama adds that extra aesthetic touch. 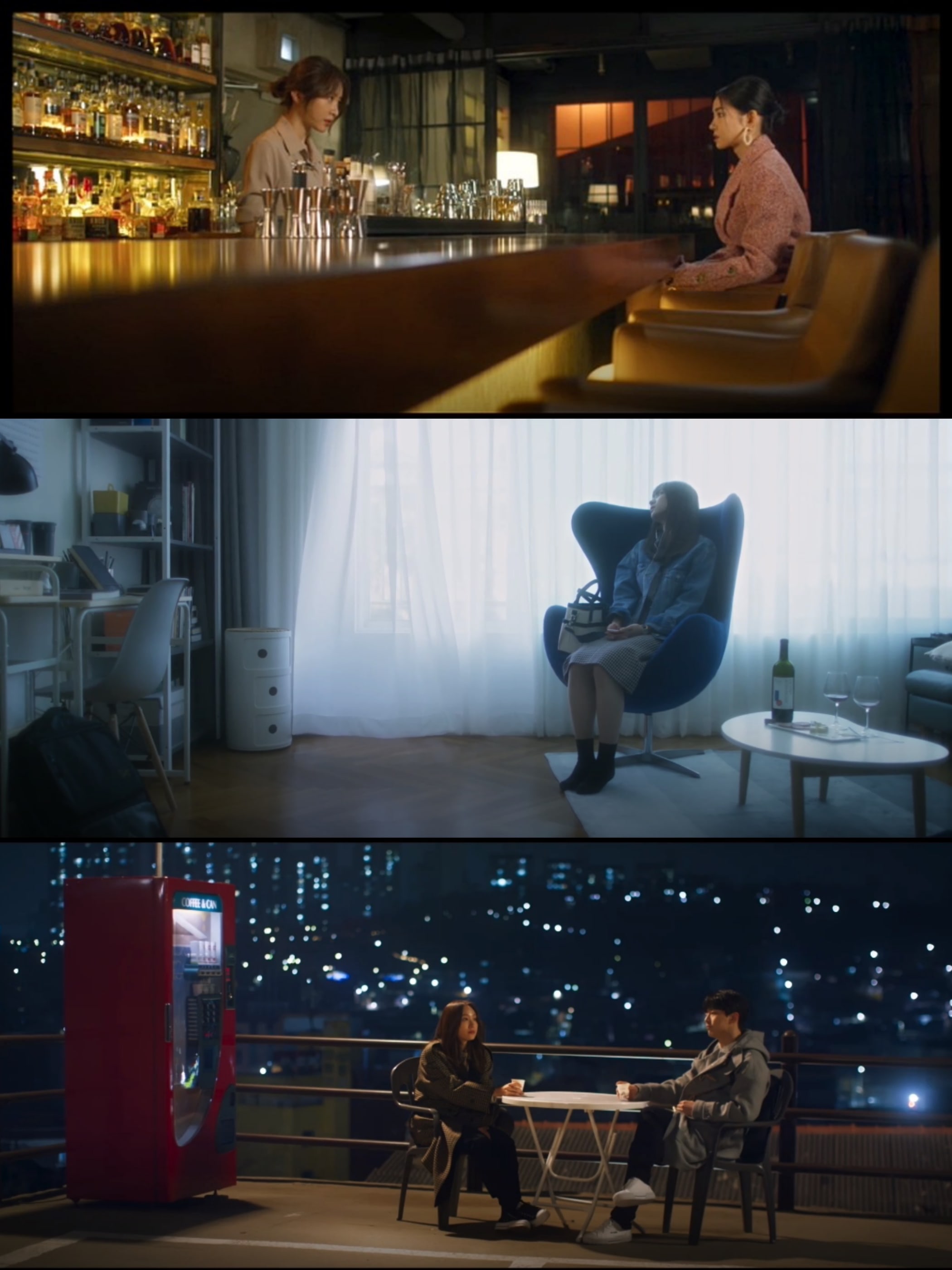 The plot may have revolved around love and betrayal in a romantic relationship, “XX” is essentially a story about the same themes but in friendship. Hani and Hwang Seung Eon did a great job, and you will find yourself feeling angry, sad, jealous, and a mix of emotions when you discover the opposite sides of their stories. Nana and Roo Mi may have burned their ties long ago but the pain that they have kept meant that they still care about each other. You must watch the part when they set aside their differences and get together for a revenge project. 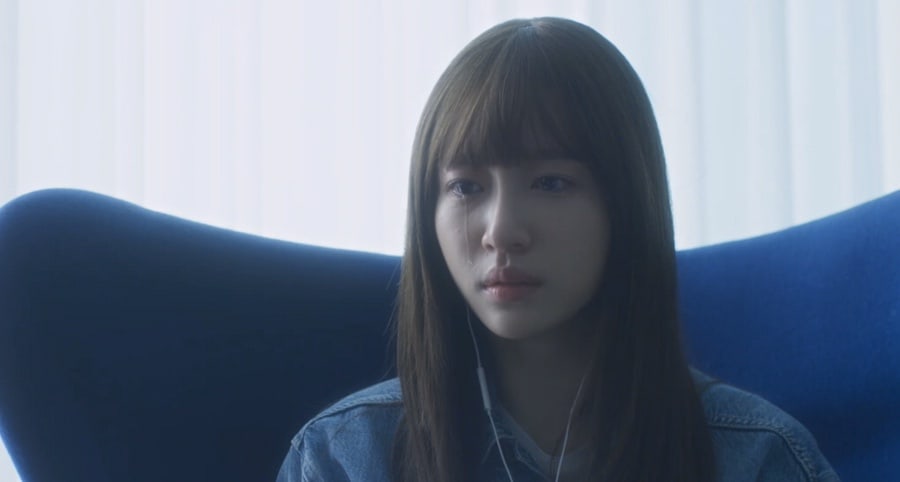 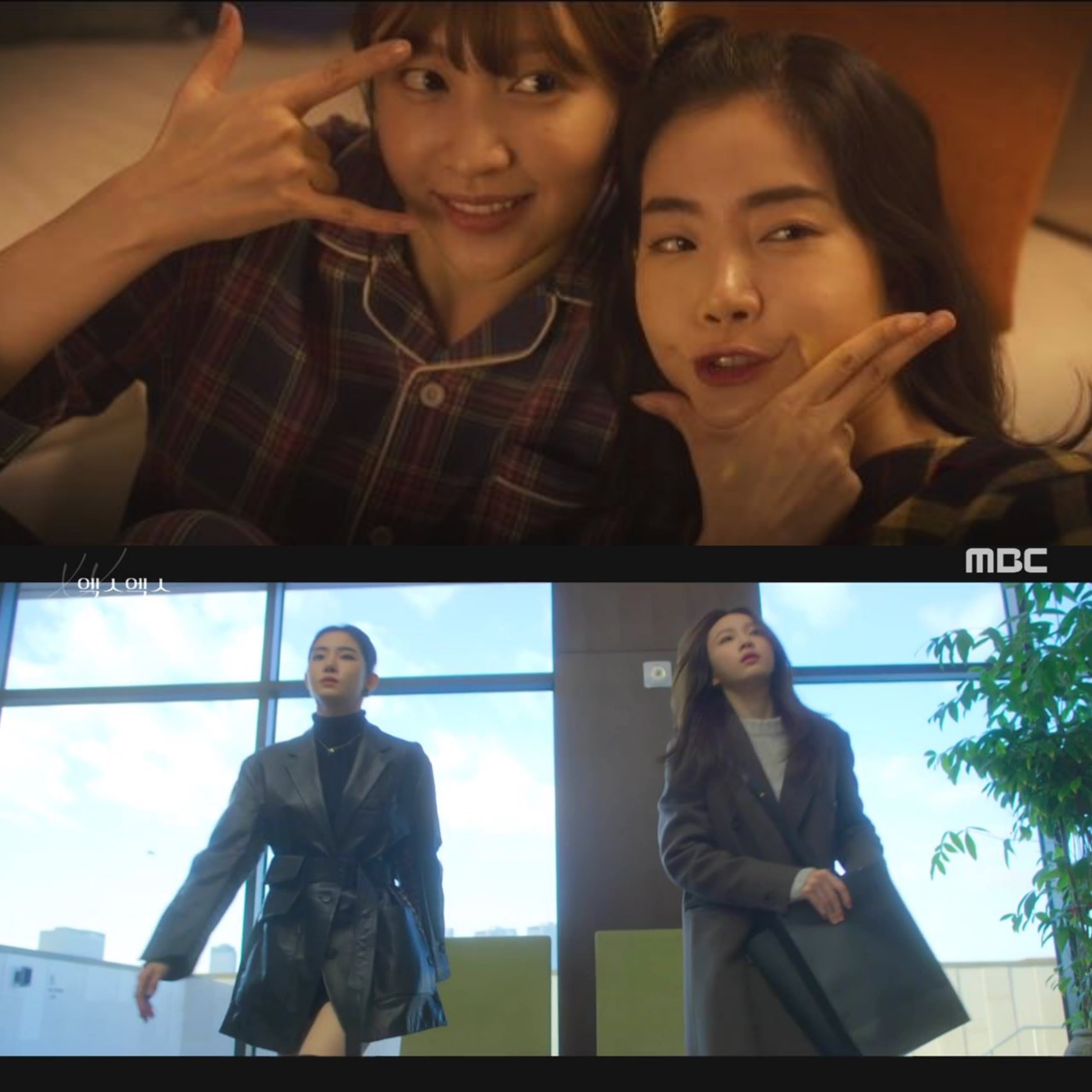 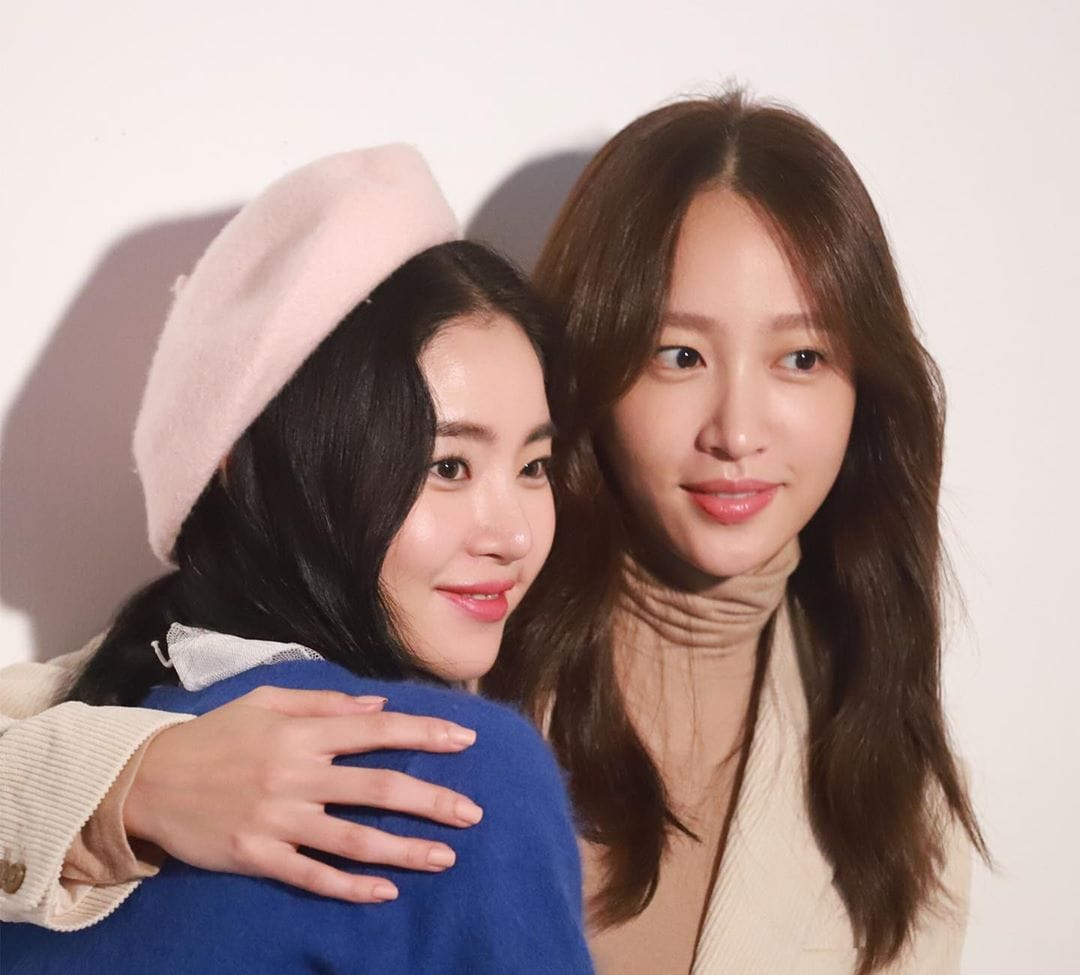 Roo Mi is hateful and cold because of her insecurities and mental health issues, which is seen in the drama. The drama shows how she struggled from past trauma to eventually opening herself and accepting help from others. She seeks love in all the wrong places only to find in the end that what she really needs is unconditional self-love. The drama showed a heartfelt resolution that true healing happens when you face your pain, fears, and by forgiving yourself and others. 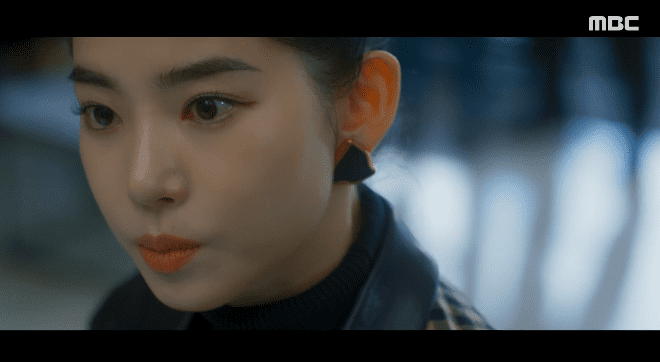 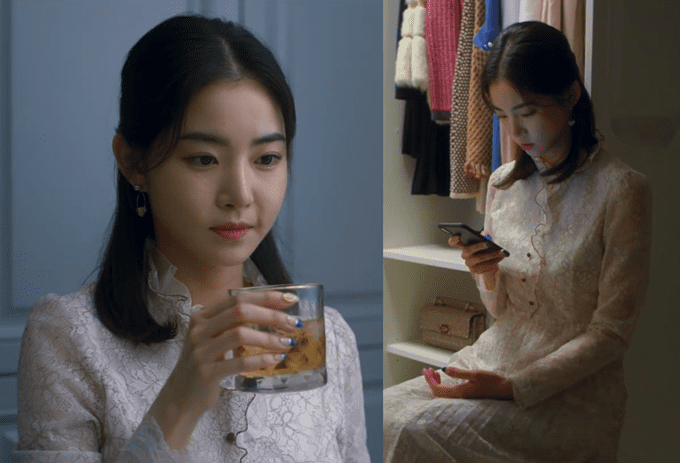 Representation in a character

What makes Jung Deun an unforgettable character is that he is openly gay. K-dramas are changing these days as some of them include characters of different sexual orientations and identities. Even though the drama may have characterized him as someone who is knowledgeable in makeup and fashion, the story did not focus on stereotypical traits nor was it portrayed as a problem. Jung Deun is seen as a real person experiencing real romantic relationships. On the other hand, he and Hani are friendship goals in their deep bond, as they exchange help and advice in life and love. He is so adorable, you just might find yourself looking forward to his scenes in the drama! 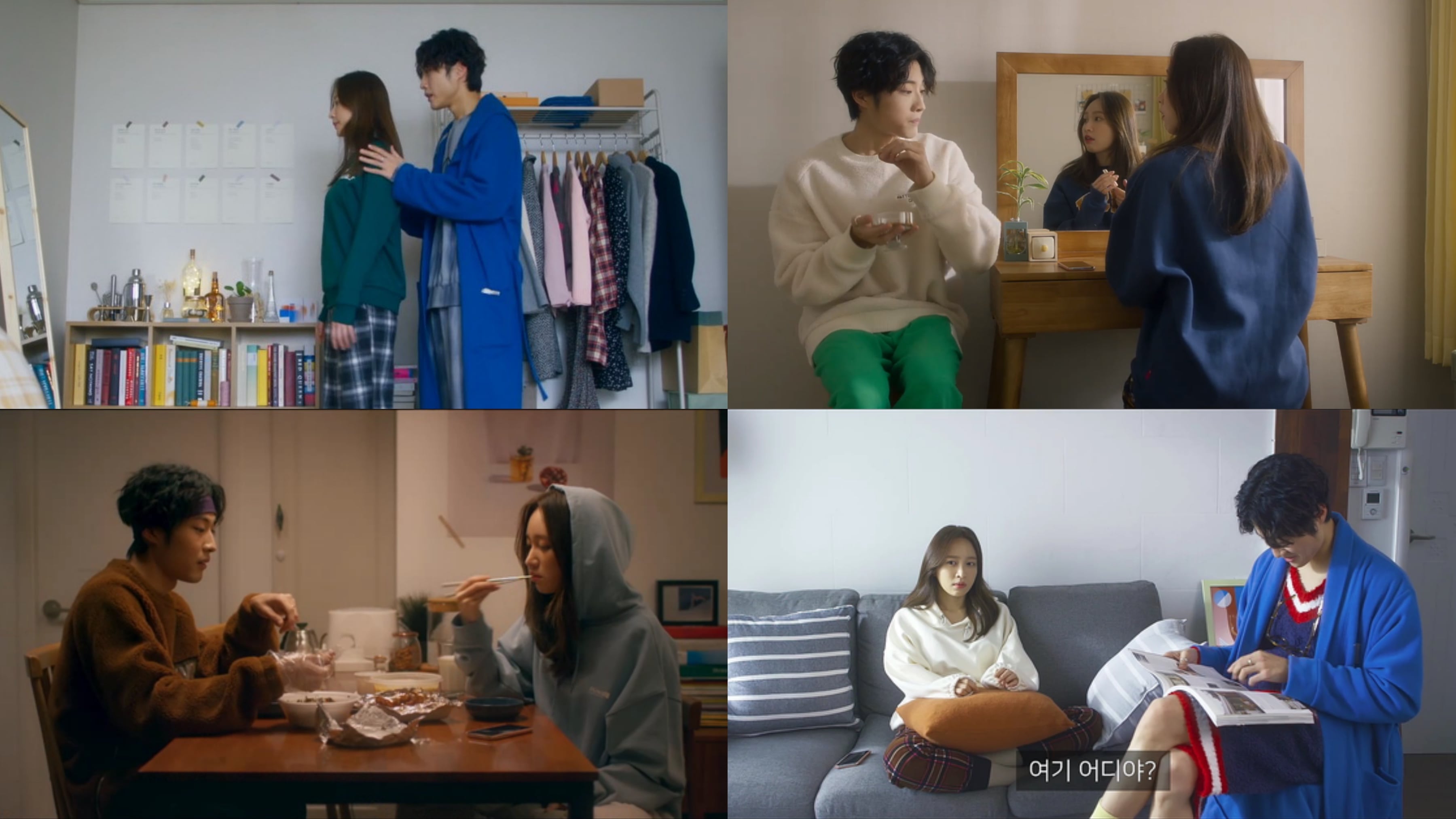 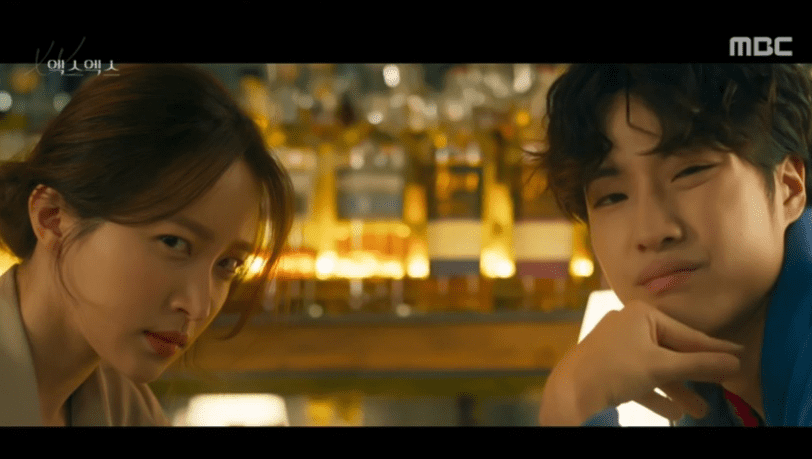 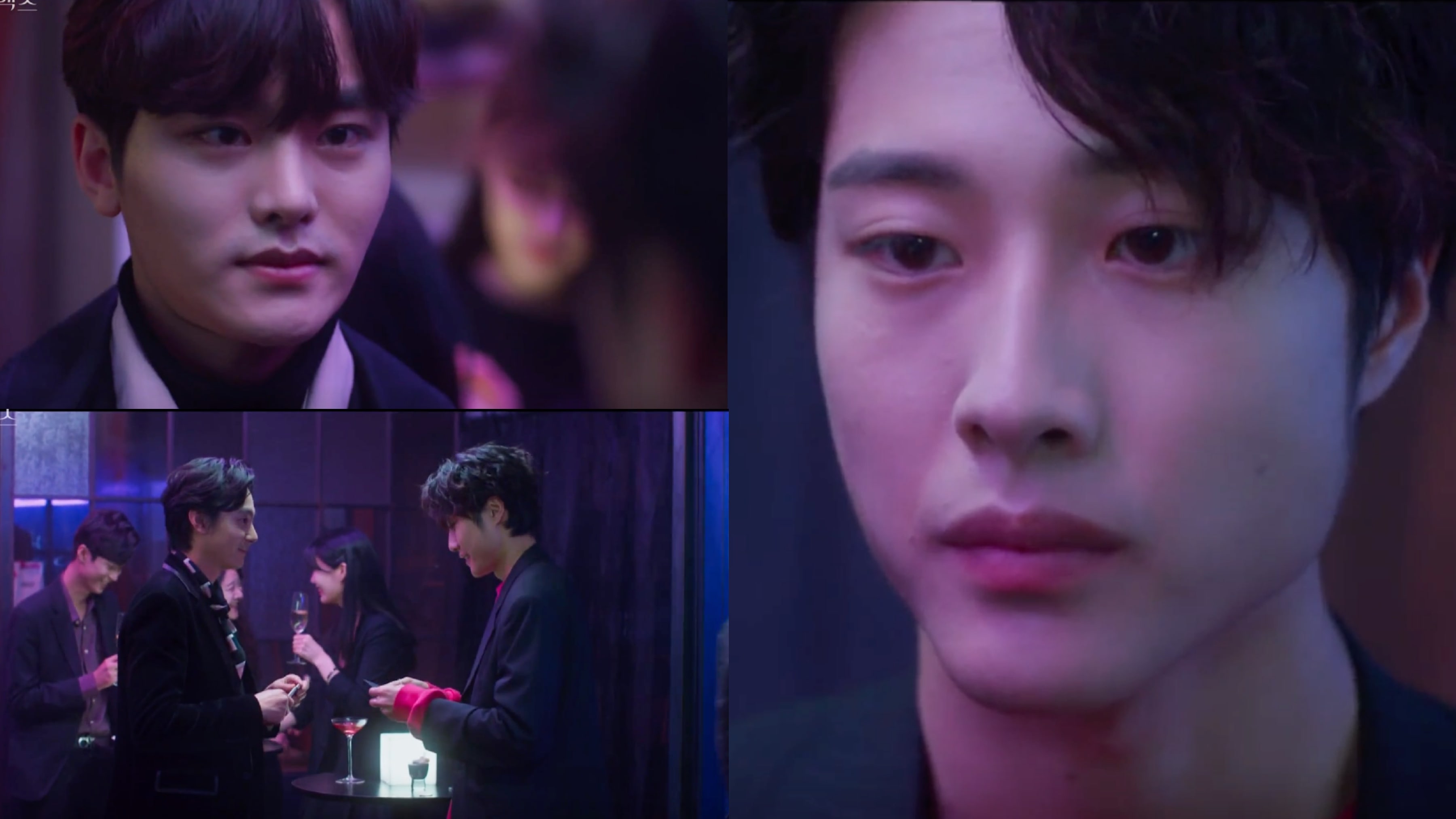 Catch the first episode of “XX” below:

Hey Soompiers! Have you watched “XX” yet? Tell us in the comments below!