“Dr. Romantic 2” may be over, but the drama continues to treat fans with behind-the-scenes content!

In the latest making-of video, viewers can catch a glimpse of the cast’s special chemistry. First off, Lee Sung Kyung runs to film the scene where she’s late to class, but the door won’t open, and she has to redo the scene. She wittily comments, “I’ve never been late before, so I wouldn’t know what it feels like.”

Lee Sung Kyung wasn’t the only one to make a blooper during that scene. Ahn Hyo Seop coolly enters the lecture hall and takes a seat only to see his helmet loudly rolling down. He can’t help but burst into laughter, and the director eventually cuts the scene. 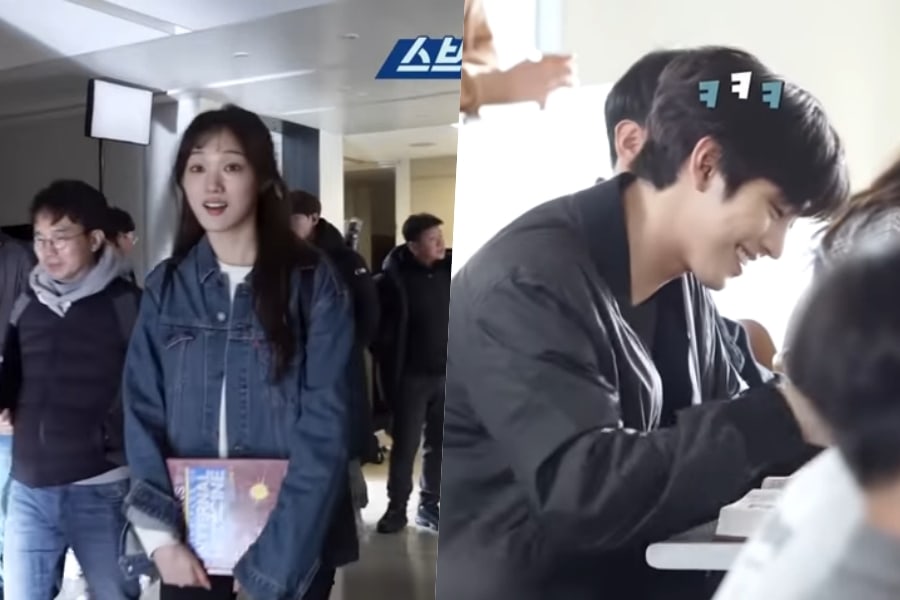 The cast continues to film with positive attitudes. Lee Sung Kyung and Bora try to help a child actor with his acting, patiently persuading him to lie still. 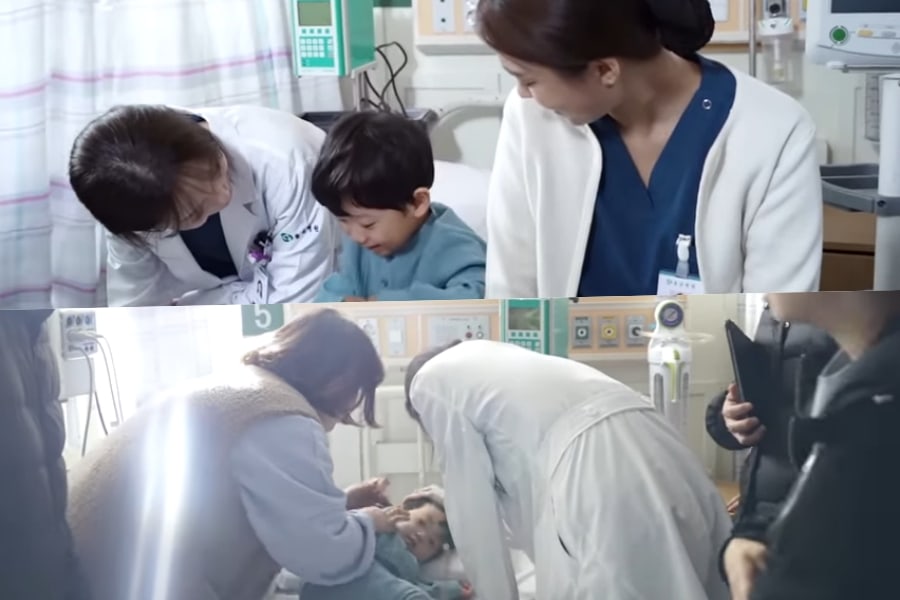 Not only does the cast act silly on set, but they also share ideas about their acting. Lee Sung Kyung and Ahn Hyo Seop discuss with the production crew about how to do a stitching scene, and later on, Lee Sung Kyung, Ahn Hyo Seop, Shin Dong Wook, and Han Suk Kyu rehearse together as they try to figure out the best positions. 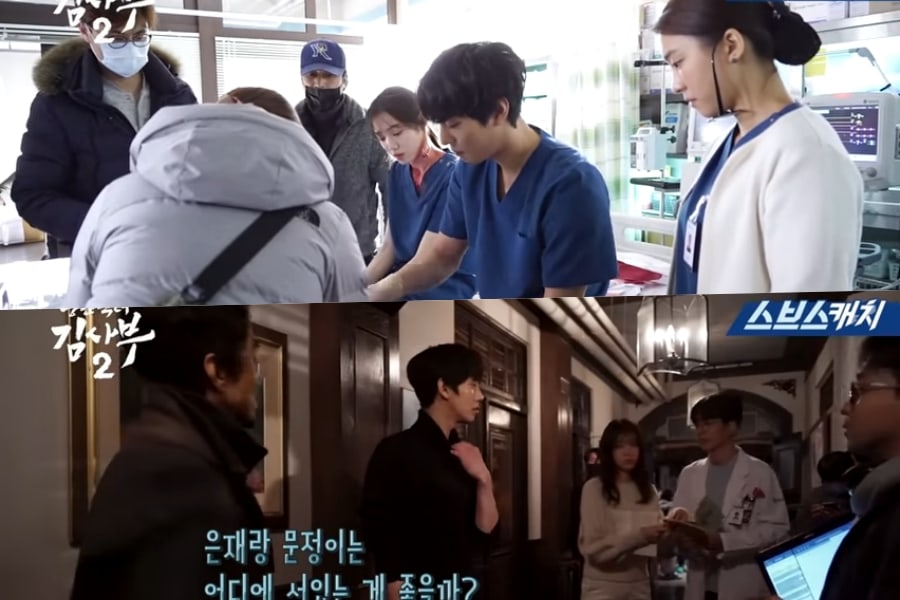 In another behind-the-scenes look, Ahn Hyo Seop, Im Chul Soo, and Lee Ho Cheol film the scene where the loansharks apologize. Ahn Hyo Seop struggles to hold in his laughter, but he eventually loses it. They redo the scene, but he still has a hard time keeping a straight face. He hangs his head low as he covers his face, and everyone jokes that he’s crying. He sheepishly comments, “I think I got attached to them.” 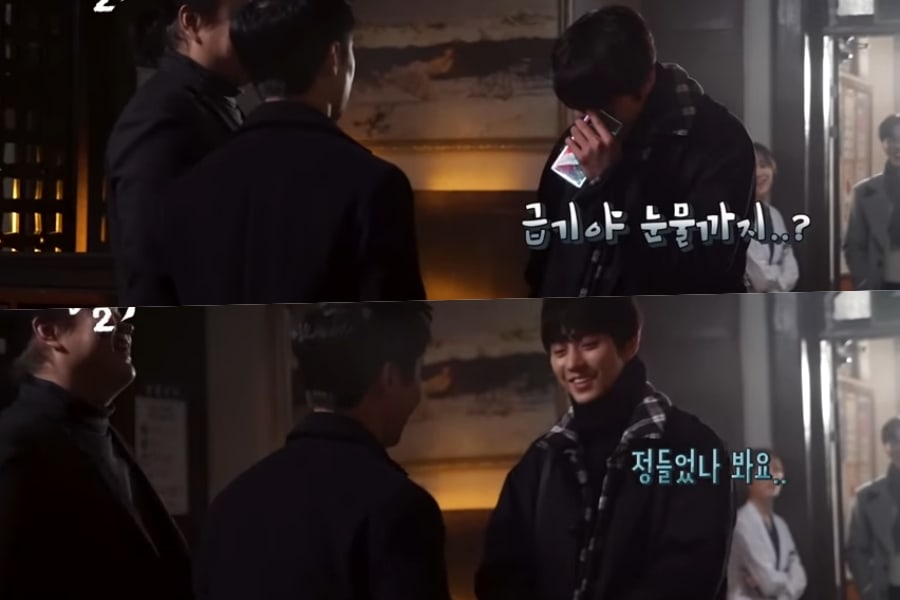 In the final part of the clip, Han Suk Kyu and Kim Joo Heon are seen rehearsing a scene together. Han Suk Kyu wants to end the scene with a hug but asks for any ideas better than that. Kim Joo Heon adds with a warm smile, “I like hugging.” Although Kim Joo Heon plays a cold antagonist-turned-protagonist in the drama, he is nothing but smiles as he films with Han Suk Kyu.

If you haven’t already, catch the finale of “Dr. Romantic 2” now!