Moon Ga Young shared some insights into her character in the upcoming drama “Find Me In Your Memory”!

The romance drama revolves around a news anchor named Lee Jung Hoon (played by Kim Dong Wook) with hyperthymesia, a condition that gives people the ability to remember an abnormally vast amount of their life experiences in vivid detail, and a rising star actress named Yeo Ha Jin (played by Moon Ga Young) who has forgotten the most important moments of her life.

Yeo Ha Jin’s character is an issue-maker actress with zero filter, and teasers so far have showed off her beauty and lovely charm that makes it impossible to hate her. Moon Ga Young described why she chose to act in “Find Me In Your Memory.”

“There was no reason not to fall for Ha Jin, who has such diverse sides of herself and charming qualities,” she said. “She’s serious but her personality isn’t too heavy, and she’s cheerful without being too light.”

She named Yeo Ha Jin’s honesty as her appeal, describing her as a cool person who knows how to express herself purely. 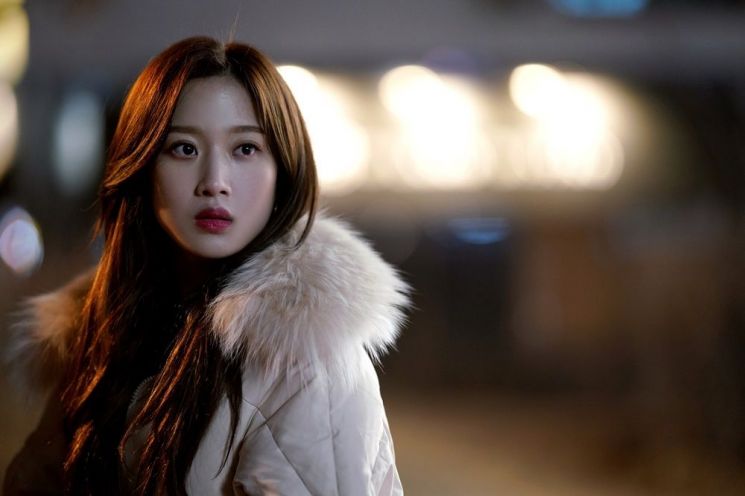 Every item that Yeo Ha Jin touches ends up selling out, and Moon Ga Young talked about playing the influencer.

“I tried a variety of things for each episode when it comes to her outfits, accessories, and hairstyles,” she said. “You’ll see beautifully and elegantly colored outfits that show off Ha Jin’s loveliness, as well as styling that transforms depending on the situations and emotions within the drama.” She added with a laugh, “I think you’ll probably see me with the most outfit changes I’ve ever had in a project.”

Moon Ga Young’s character is also one that stirs up issues by posting her unexpected opinions on social media, as she’s the type to always confidently share her thoughts. Moon Ga Young said, “Unlike Ha Jin in the drama, I don’t use social media much.” She explained, “I’m the type to worry for a really long time before I upload a post. I upload more photos than written posts.”

On acting with co-star Kim Dong Wook, Moon Ga Young said, “I’m grateful that he always guides me well. We’re filming while being considerate of each other and supporting each other. Since we’re in a lot of scenes together, we’re discussing a lot and getting in sync.”

She lastly said, “I’m working hard at filming so that I can present you with a good drama and good character. I hope it will be a drama that feels like spring and touches viewers’ hearts. Please look forward to it.”

“Find Me In Your Memory” begins on March 18 on MBC, following the end of “The Game: Towards Zero.”

In the meantime, check out the latest episode of “The Game: Towards Zero” below!