KBS2’s newest Monday-Tuesday drama has revealed photos and a new clip of their cast at their script reading.

“How to Buy a Friend” boasts an impressive cast of Lee Shin Young, Shin Seung Ho, and Kim So Hye. The drama tells the story of an average high school student named Chan Hong who ends up in a “contract friendship” with the school’s legendary fighter Don Hyuk because of a poem he writes. 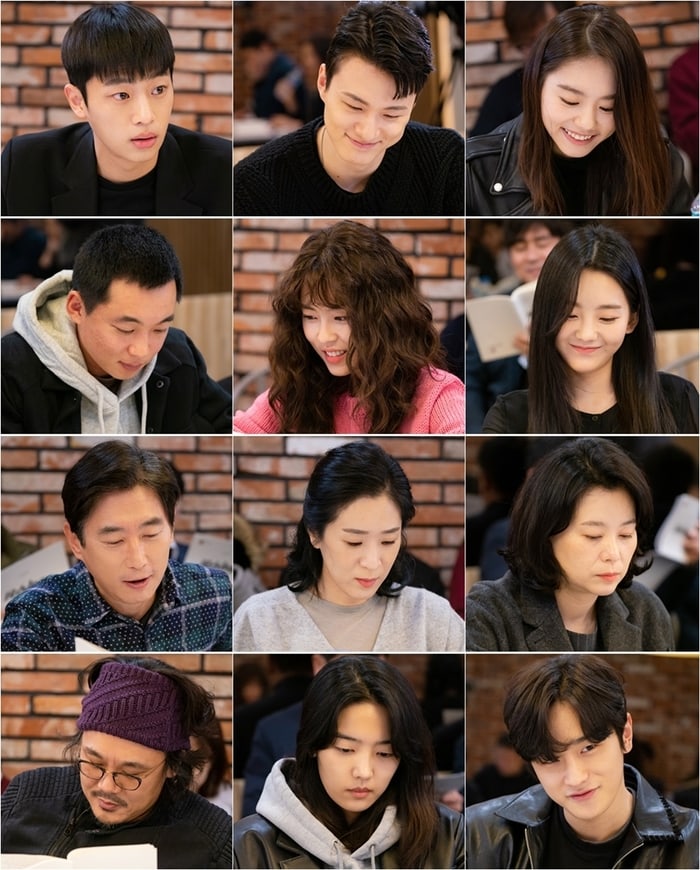 Lee Shin Young plays Park Chan Hong, who fits Korea’s exact average for height, weight, and even grades. He is said to embody Chan Hong perfectly, including his appearance, voice, and his Gyeongsang dialect. In a video from their script reading, he describes Chan Hong as “an average high school student who is not especially good or bad at anything. With his contract with Don Hyuk, he enters into a new phase of life for the first time in 18 years.”

Shin Seung Ho plays legendary and mysterious high school fighter Heo Don Hyuk. To describe his character, Shin Seung Ho shared, “He is someone with a lot of pain and sadness in his heart from his girlfriend’s suicide. In search of clues regarding her death, he transfers to her school.”

Kim So Hye will play Chan Hong’s first love Uhm Se Yoon. She is top tier in not only her grades, but also her looks and popularity. While she visually fits the role perfectly, she is also able to accurately portray the concerns of an 18-year-old girl. Regarding her character, Kim So Hye shared, “Although she has a lot of popularity with the guys at school, they cannot easily approach her. She’s followed by a ton of rumors but just wants to be a normal 18-year-old.”

The trio are also asked what friendship means to them. While laughing, Lee Shin Young equates it to food, explaining, “Just like how you cannot leave out food as you live your life, to me, food is like friendship.” Kim So Hye says, “What sees the most light when you have utmost confidence in someone.” Shin Seung Ho hilariously and briefly answers, “‘How to Buy a Friend.’ ‘How to Buy a Friend’ is the best.”

Kim Won Hae and Baek Ji Won will play Park Chan Hong’s parents Park Choong Jae and Oh Jung Hee respectively, showing their chemistry as a couple but also their unconditional love for their son. Jang Hye Jin, from hit film “Parasite,” will also show a new side to herself as politician Jo Pyung Sub.

The producers commented, “All the actors were the exact embodiments of their characters. More than anything, as it was the first time we were collaborating altogether, it felt like everyone was enjoying the practice. The chemistry was really 100 percent friendship. Please show a lot of attention and affection for ‘How to Buy a Friend,’ which will depict the unique friendship and growth between youthful 18-year-olds.”

KBS also released a unique teaser for the drama, asking people of all ages, ethnicities, and religions to explain what friendship means to them. While some people give simple or even silly answers, one person comments, “Originally, friendship and love do not exist. They’re created by humans in an idealistic way.” Lastly, a child shares, “Friendship is way over there.” When the producer asks where, he adorably answers, “In our hearts.” Watch the teaser here!