On March 6, KBS Joy officially announced that the two stars will be serving as the MCs of its upcoming variety program “20th Century Hit Song” (literal title).

Describe as a “fresh take on ‘newtro,'” “20th Century Hit Song” will revive classic K-pop hits from the 1980s and 1990s and offer modern reinterpretations of popular songs from the 20th century.

Kim Heechul, who has proven his hosting chops through multiple variety shows, will be hosting the program alongside weathercaster Kim Min Ah, who will be taking on the role of variety show MC for the very first time.

The producers of “20th Century Hit Song” commented, “Rather than just a passing trend, ‘newtro’ is gradually becoming its own genre and a part of our culture. We hope that the trendy and free-spirited youth of the 20th century will be able to enjoy and relate to the show together with the youth of today.” 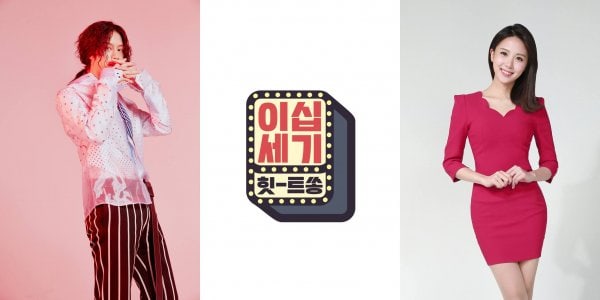 Are you excited for this new music variety show?