1. LOVED: The cute flirting between Eun Seob and Hae Won

At the end of episode two and the beginning of episode three, we get an adorable glimpse of the flirting between Eun Seob and Hae Won. The two talk about the night before when Eun Seob passed out after getting drunk. It’s also revealed that he had talked about Irene.

It’s probably the first time in the series so far that we see Eun Seob and Hae Won laughing and enjoying each other’s company. The two have such good energy and seem so perfect for each other. I can’t wait to see more moments like this as the series progresses!

2. LOVED: How much Eun Seob wants Hae Won to stay

When the pipes in Hae Won’s family hostel burst and she and her aunt are left stranded, Hae Won calls up Eun Seob and he more than willingly lets them stay at his place.

He heads over to his parents’ house and spends the night there. When it’s made aware that the hostel will not be able to be repaired for another week, Hae Won mentions maybe going back to Seoul. Eun Seob obviously wants Hae Won to stay and suggests basically everything in order to convince her to stay.

I swear, get yourself a guy who loves you as much as Eun Seob loves Hae Won because it’s perfect. 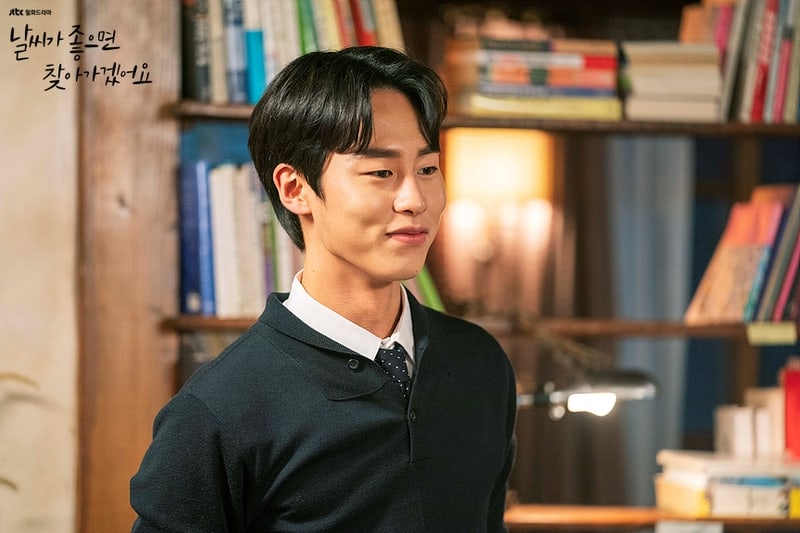 Yes, Lee Jae Wook makes an appearance during the book club meetings and when Min Jeong goes missing, but other than that, his part is not nearly as big as we need it to be. Nonetheless, it’s a good thing the two main leads are so beautiful as it wasn’t so bad not seeing Lee Jae Wook that much. (He needs a lead role sooner than later!)

At the end of episode three, Hae Won notices that Eun Seob has gone missing and asks his sister where he is. She answers that he often wanders off into the woods like an animal. Hae Won takes it upon herself to go and look for him, but when she gets a little spooked, Eun Seob shows up in front of her. Feeling relieved, Hae Won hugs Eun Seob. 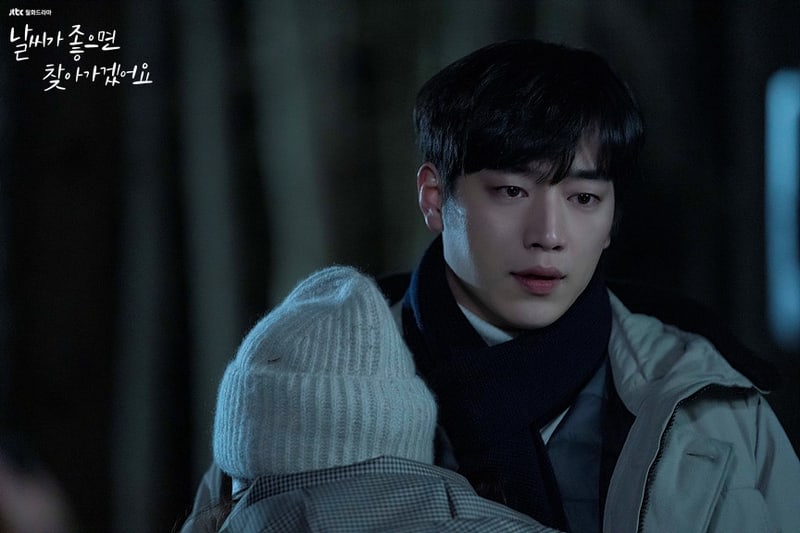 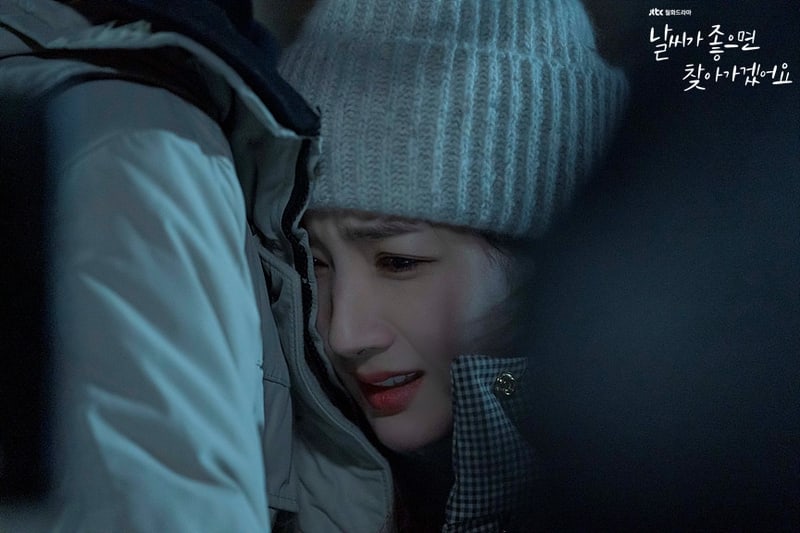 This hug had so much emotion and meaning behind it. It had two people, who are so lonely but understand each other so much, embracing each other. It’s an acknowledgment of knowing what the other is going through to a certain extent. It’s a beautiful moment.

When Min Jeong goes missing in the woods, everyone knows to ask Eun Seob for help. He knows the woods better than anyone and has a talent for climbing mountains. So when Eun Seob actually finds Min Jeong, it’s both hilarious and touching. How often does he wander into the woods enough to know it that well, and also, how crazy is it that he was able to find her?!

This is a pivotal moment, especially for Hae Won, because it seems as though she realizes how great he is and how much she actually feels for him. She is thoroughly worried about his well-being when she finds out he is out there looking for the girl. You can see her smiling discreetly when she finds out that Eun Seob is okay. It’s in a way that is revealing that maybe her cold and hardened heart is actually melting.

Start watching “I’ll Go To You When The Weather Is Nice”:

Park Min Young
Soompi Spotlight
Seo Kang Joon
Lee Jae Wook
I'll Go to You When the Weather Is Nice
How does this article make you feel?