Described as a free-spirited tale about unrequited love, “A Piece of Your Mind” is a new romance drama starring Jung Hae In as Ha Won, a kind-hearted artificial intelligence (AI) programmer who has spent years in one-sided love and has resigned himself to his lonely fate. Chae Soo Bin will star opposite Jung Hae In as Han Seo Woo, an optimistic classical recording engineer who finds herself drawn to watching Ha Won and his one-sided love from afar.

On March 6, the upcoming drama released two picturesque new posters of star Jung Hae In in character as Ha Won. In the first poster, Ha Won gazes at something in the distance while wearing a sorrowful expression, appearing to be waiting for someone in the falling snow. In the second, he stares at the ground, lost in thought, while lit by an ethereal glow outdoors.

Both posters share the same caption—”Just having half of half of your heart is enough for me”—hinting at the selfless, passive manner in which Ha Won loves. 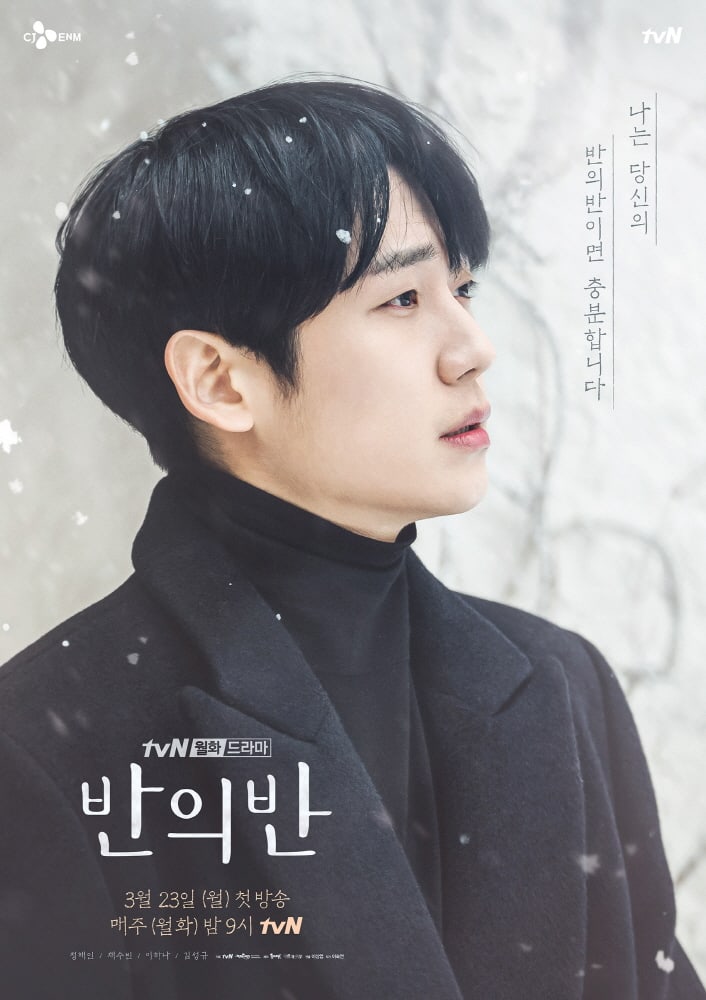 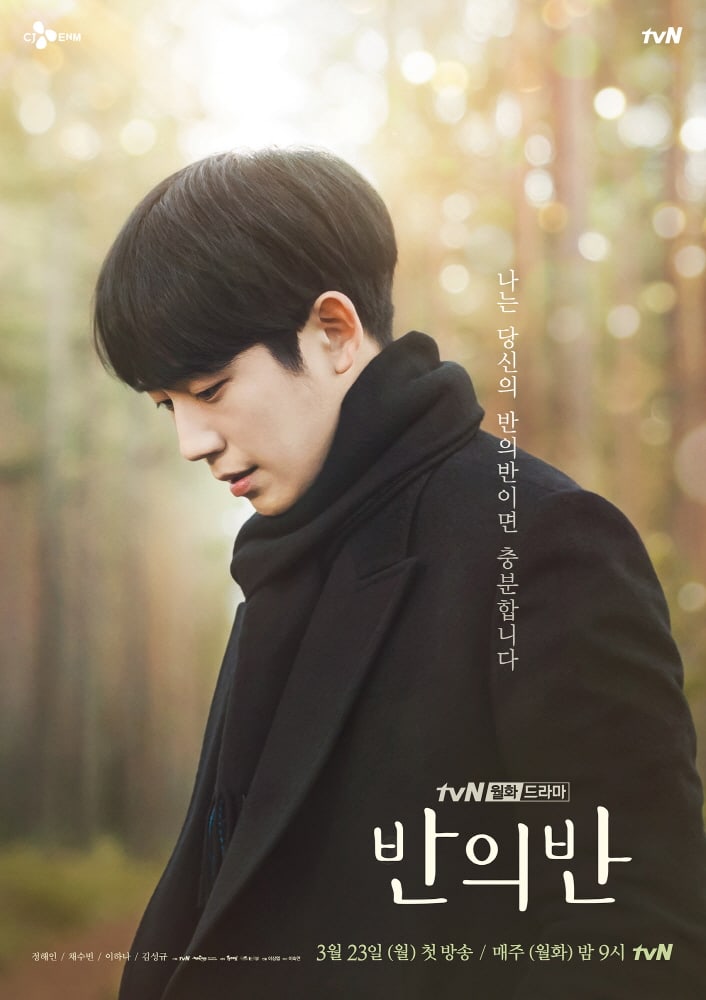