“Hi Bye, Mama” tells the story of Cha Yu Ri (Kim Tae Hee), who dies in a tragic accident but is able to return to her family for 49 days.

Oh Min Jung has an odd look in her eye as she calls over Cha Yu Ri, who works at the kindergarten. Though she tries her best to pull her hat down and stay inconspicuous, she isn’t able to completely avoid the attention of the family. Their expressions of shock, suspicion, and confusion elicit curiosity to know whether Cha Yu Ri’s identity will be exposed and what will happen to her. 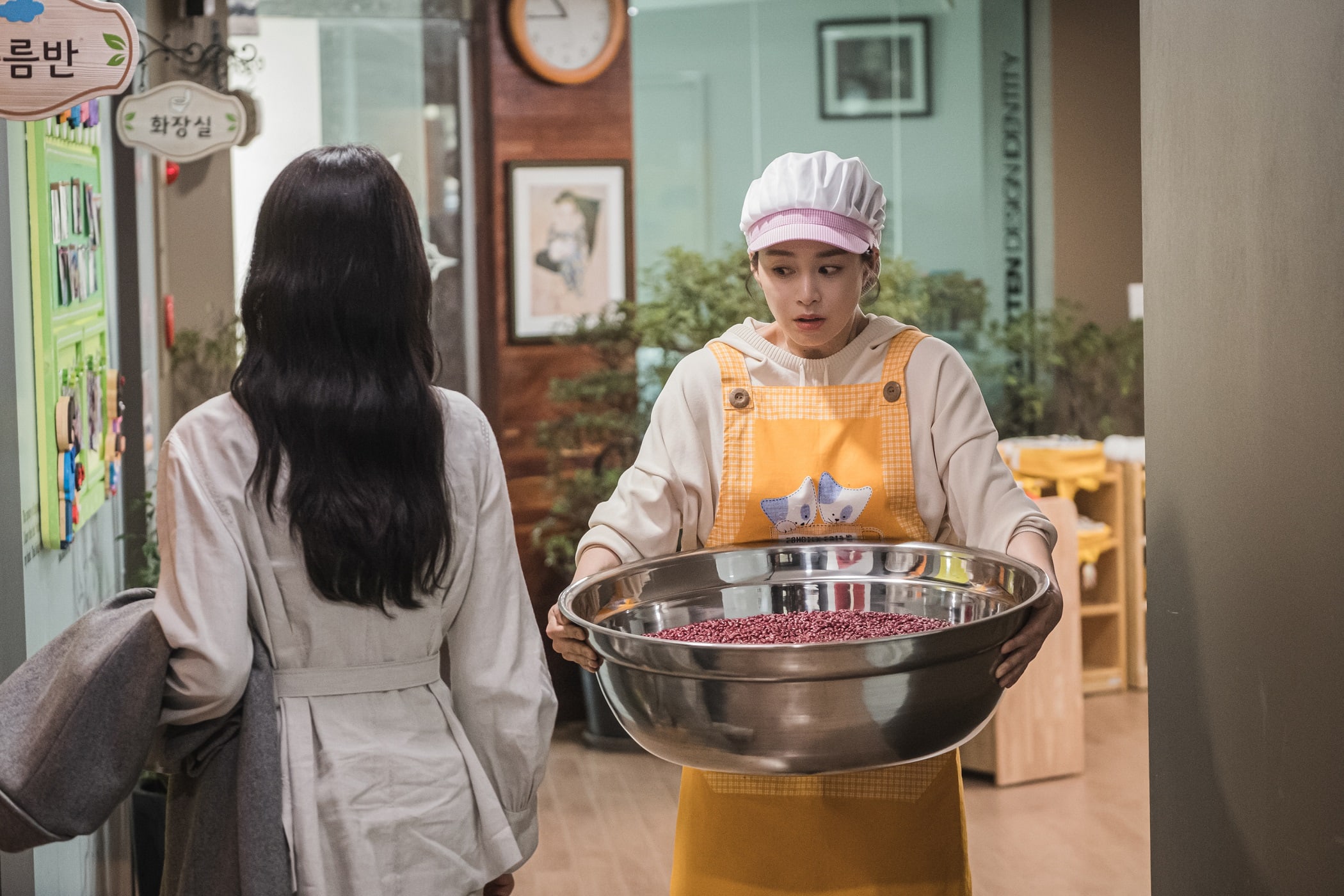 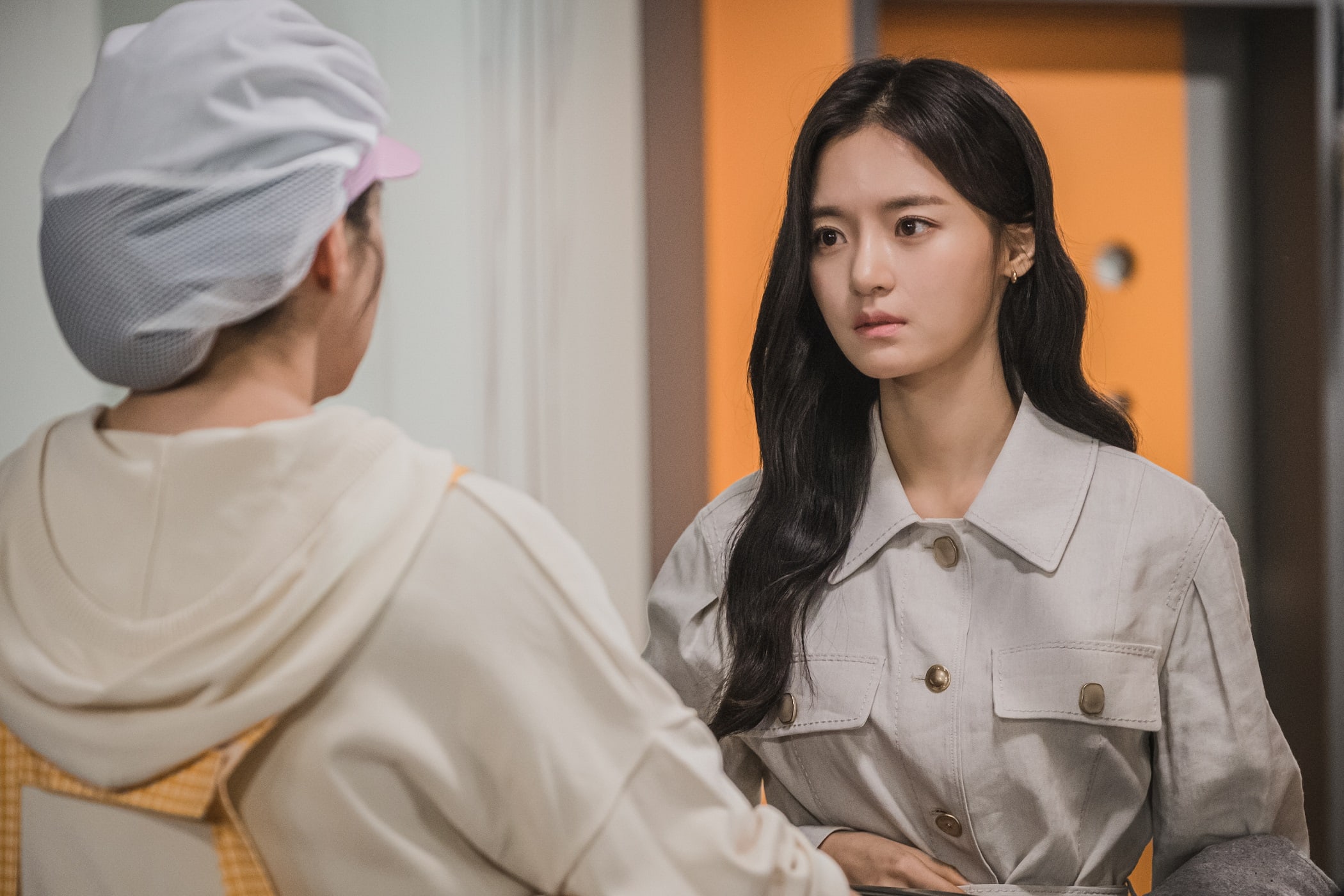 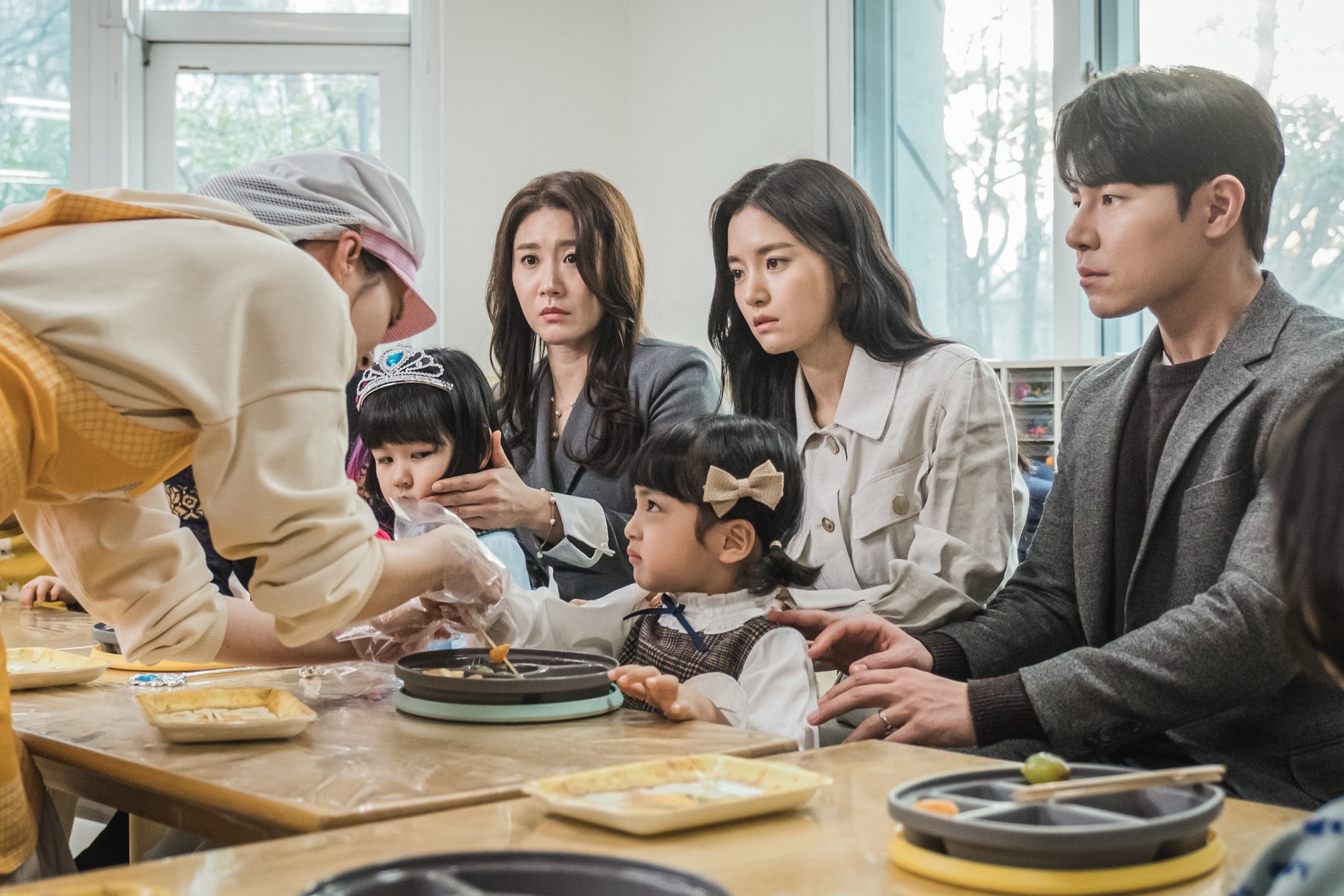 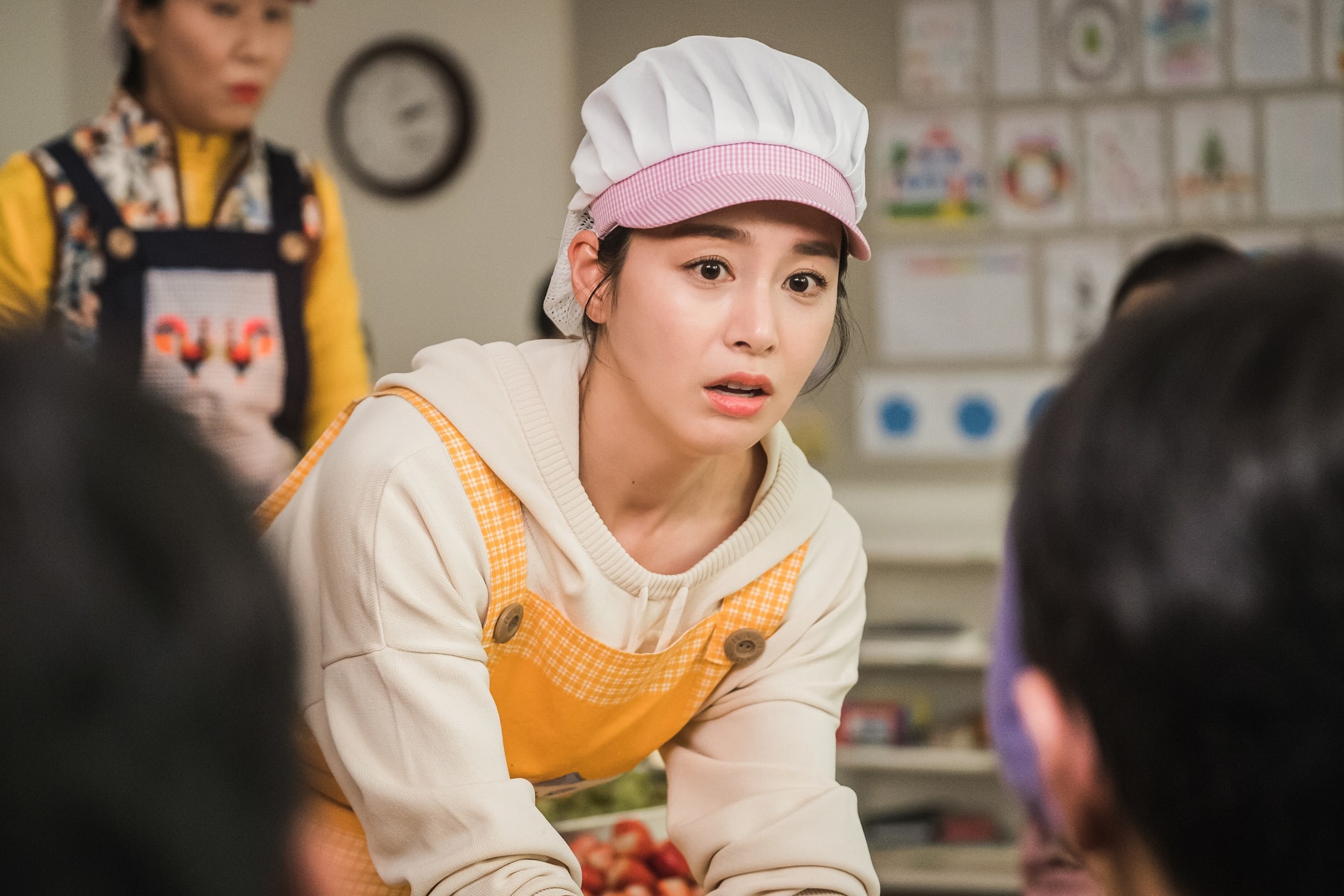 Though Cha Yu Ri had her identity revealed to Jo Kang Hwa, he had not found it easy to tell Oh Min Jung about it. Cha Yu Ri and Oh Min Jung had met at the kindergarten before, and though disaster was avoided initially, Oh Min Jung became suspicious about the woman who looked just like Jo Kang Hwa’s deceased wife.

The production staff of “Hi Bye, Mama” stated, “Cha Yu Ri continues to face dangers of having her identity exposed after she chooses to work at Jo Seo Woo’s kindergarten. Please keep watching to see what happens next.”

The fate of Cha Yu Ri will be revealed in the upcoming episode of “Hi Bye, Mama,” which will air on March 7 at 9 p.m. KST.