In a recent interview, So Ju Yeon discussed her chemistry with “Dr. Romantic 2” co-star Kim Min Jae and shared her honest thoughts on the potential for a real-life romance between the two actors.

When asked to describe Kim Min Jae as an actor, the actress didn’t hold back in her praise for her co-star. “I have a nickname for Min Jae,” she replied. “It’s ‘Real Deal’ Min Jae. You know how people say ‘You’re the real deal’ to mean that someone is truly the real thing? That’s the kind of person Min Jae is. The more you talk to him, the more you realize what a great person he is. He’s younger than me, but it feels like he’s a true grown-up.”

“Although we didn’t rehearse that much in advance, we had really great on-the-spot teamwork,” she went on to recall. “Min Jae said that we were able to show a lot of chemistry as a couple because of how well I reacted [to his acting], but I felt the same way [about his reactions].” 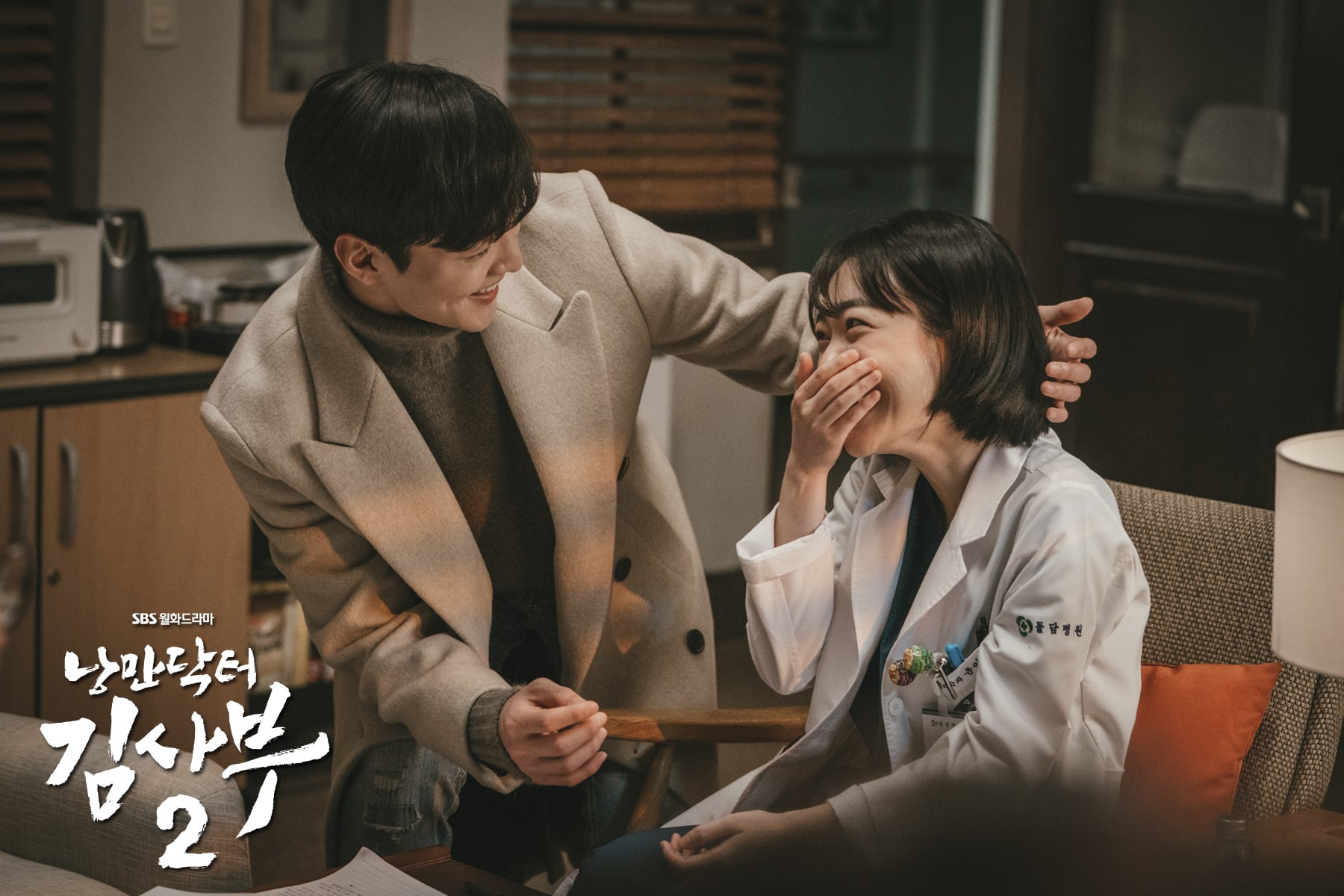 However, So Ju Yeon firmly ruled out the possibility of a real-life relationship between the two co-stars. “We’re family,” she said. “We’re definitely not dating. There’s zero chance of us dating [in the future] as well. Min Jae received a lot of questions about this during his interviews, too, which made me think that we succeeded [in portraying a couple in the drama].”

“I’m also really grateful that the viewers thought we had a lot of chemistry,” she went on. “In the moments when we were acting, our feelings were genuine. Especially for me, because I’m not talented at acting, I’m someone who has to actually feel emotions in order to act them out. When I cry [on screen], I have to actually feel sad in order to cry real tears.”

So Ju Yeon continued with a laugh, “So when I film a sweet, romantic scene, I listen to a lot of romantic music and try to prepare myself as much as possible. I try to style my hair as prettily and neatly as possible, and I work hard to make my own heart flutter.”

The actress also shared that she’d had a particularly hard time filming a kiss scene with Kim Min Jae for the drama.

“It was a scene in which Eun Tak [Kim Min Jae’s character] kisses Ah Reum [So Ju Yeon’s character],” she recalled. “His line was ‘I’ll become a cooler boyfriend for you, Ah Reum,’ and it was so cheesy that my face turned red. The director didn’t yell ‘Cut,’ so I was at a loss for what to do. Then I accidentally made eye contact with the lighting staff, and I ended up bursting out laughing.” 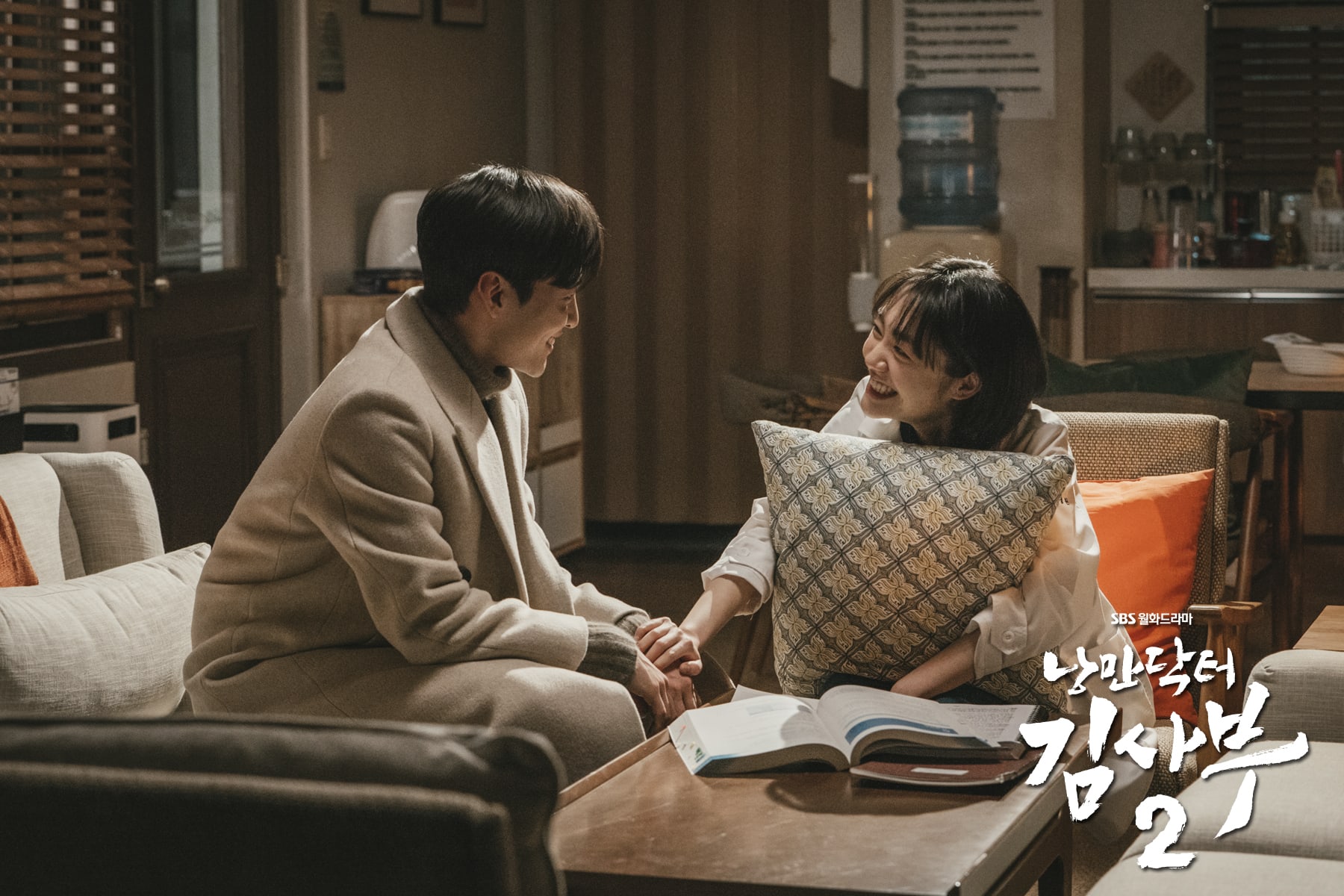 Finally, So Ju Yeon commented on the possibility of a third season of the hit drama. “[The cast] said to each other that we’d like to do a Season 3,” she remarked. “I don’t know whether it’ll happen, but if it does, I’d definitely want to be a part of it no matter what.”

What did you think of the on-screen chemistry between Kim Min Jae and So Ju Yeon? Share your thoughts below!

If you haven’t already seen it, you can watch Kim Min Jae and So Ju Yeon in “Dr. Romantic 2” with English subtitles here:

Kim Min Jae
So Ju Yeon
Dr. Romantic 2
How does this article make you feel?