On March 6, Shim Eun Kyung attended the 43rd Japan Academy Film Prize that was held at the Grand Prince Hotel New Takanawa in Tokyo. It is the first time a Korean actor has received the award since the ceremony was launched in 1978.

The actress had previously showed her acting presence in Japan, winning Best Actress at the 774th Mainichi Film Awards, Best Actress at the 34th Takasaki Film Festival, and Best New Actress at Tama Cinema Forum Awards. With her new award, she contributed to her value as an actress and enhanced her status as a Korean actress. 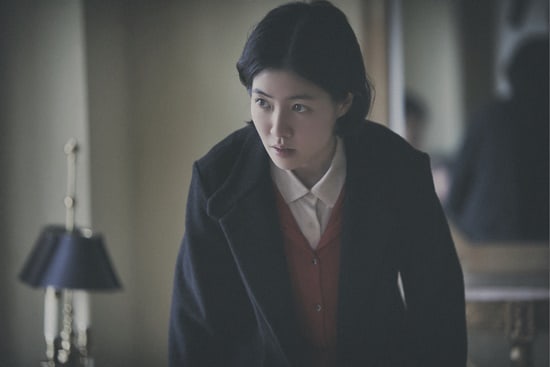 The Japan Academy Awards is a meaningful ceremony chosen by filmmakers that is launched by the Japan Academy Prize Association after receiving official permission of the Academy of Motion Picture Arts and Sciences.

When Shim Eun Kyung was called to the stage to receive her award, she shed tears and said, “I didn’t prepare a speech because I didn’t think this would happen. Thank you to everyone who watched ‘The Journalist.’ It was such an honor to appear with Tori Matsuzaka. Thank you very much. I will continue to work hard.”

“The Journalist” revolves around journalist Erika Yoshioka (Shim Eun Kyung) as she works to investigate a new medical school that the government is building as a cover to conduct illegal experiments. The government attempts to cover its tracks and remain hidden, but Eika Yoshioka, elite bureaucrat Takumi Sugihara (Tori Matsuzaka), and other individuals work together to discover the truth.

Shim Eun Kyung
How does this article make you feel?