IZ*ONE Votes On Which Member Is Funniest, Who Eats The Most, And More

IZ*ONE had a fun time voting on their fellow members while appearing on OSEN’s “Star Road”!

The girl group recently returned with their new title track “Fiesta.” To celebrate their comeback, they held an “IZ*ONE Awards” ceremony and picked the members who fit most with each category.

When voting for the member who practices the most, the majority of IZ*ONE’s votes went to Kim Min Ju. The members shared, “Min Ju said she was going to practice after today’s filming, too.”

They went on to add, “She’s always passionate about practice. She practices during breaks and even when everyone else goes to get water. I’m worried something is going to happen to her because she works too hard.” Kim Min Ju commented, “It’s fascinating that the members voted for me. I’ll continue to practice hard and become a Min Ju who makes amazing things happen.” 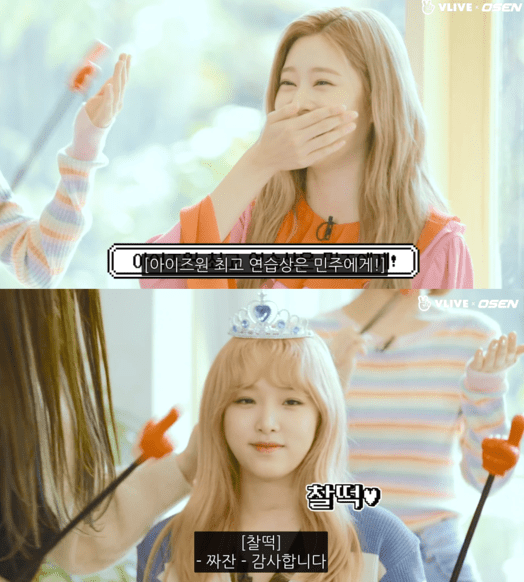 IZ*ONE then picked Choi Ye Na as the funniest member. Jang Won Young remarked, “In my case, I have a recent anecdote [about Choi Ye Na]. After practice yesterday, our ride didn’t come, so Ye Na and I went out and rode our bikes. She kept acting like she knew the way, but she didn’t. Our dorm was 20 minutes away, but we wandered around for an hour. I kept asking to take a taxi, but she said all roads are connected. It was really funny.” Choi Ye Na joked, “I just wanted to spend more time with her.”

Jang Won Young won the title of the group’s “best eater.” The members explained, “Jang Won Young eats really happily. Sometimes, she’ll wrap up something in dried laver, and she eats really deliciously. Most of her conversations throughout the day are about food.” They went on to praise her reactions while eating and her creative ideas when it comes to food.

Jang Won Young responded, “One of the strengths and charms of our group is that we all eat well. I thought it was going to be a tough [competition], so I can’t believe I won first place. I will tell you a lot of delicious food combinations in the future. The secret to eating deliciously is to watch something while eating. It tastes better when you eat while watching fun variety shows, animations, or dramas. Food is delicious if you eat it a lot with passion.” 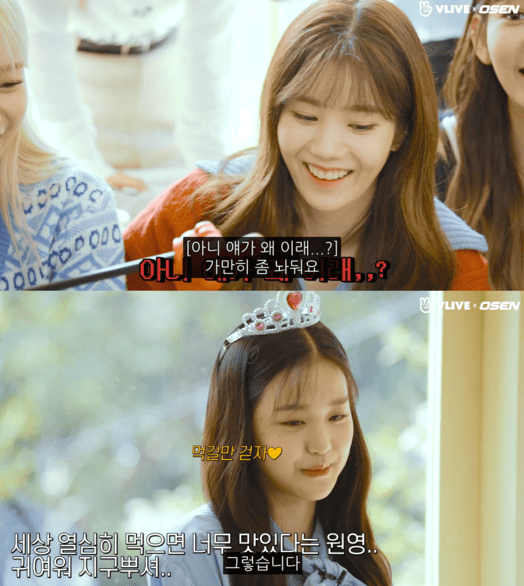 When asked to pick the member who looks the most beautiful recently, IZ*ONE chose Honda Hitomi. They praised her by saying, “She looks like a character from a manhwa [comic]. She’s like a princess. She takes very good care of herself. She’s very diligent. We respect her.”

In response, Honda Hitomi remarked, “I’m happy I got this award. I will continue to do my best to make myself look pretty.” 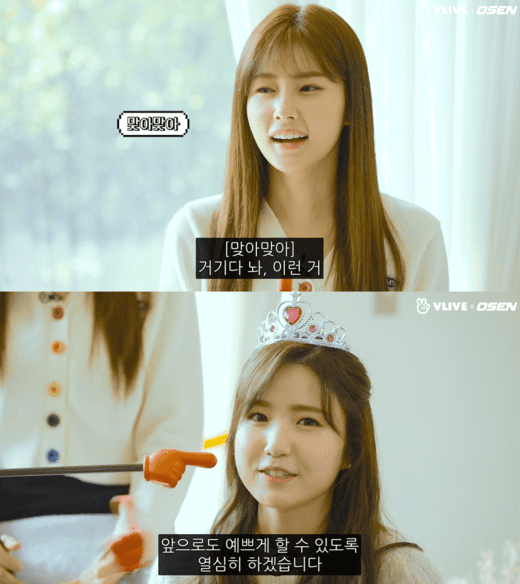 Watch the full clips of IZ*ONE on “Star Road” with English subtitles below!