The video starts off with Kim Hye Soo and Joo Ji Hoon preparing for a kiss scene. They rehearse their lines in a professional manner while receiving suggestions from the director.

The official filming starts, and they faithfully immerse into their roles. They share a romantic kiss, and when the director cuts filming, they pull apart with a hint of sheepishness. Joo Ji Hoon incredulously asks, “It’s over?,” and Kim Hye Soo shyly laughs. The director comments that they have to redo it because the LP record was spinning.

The two professional actors film the kiss scene again, and this time, it’s a success! 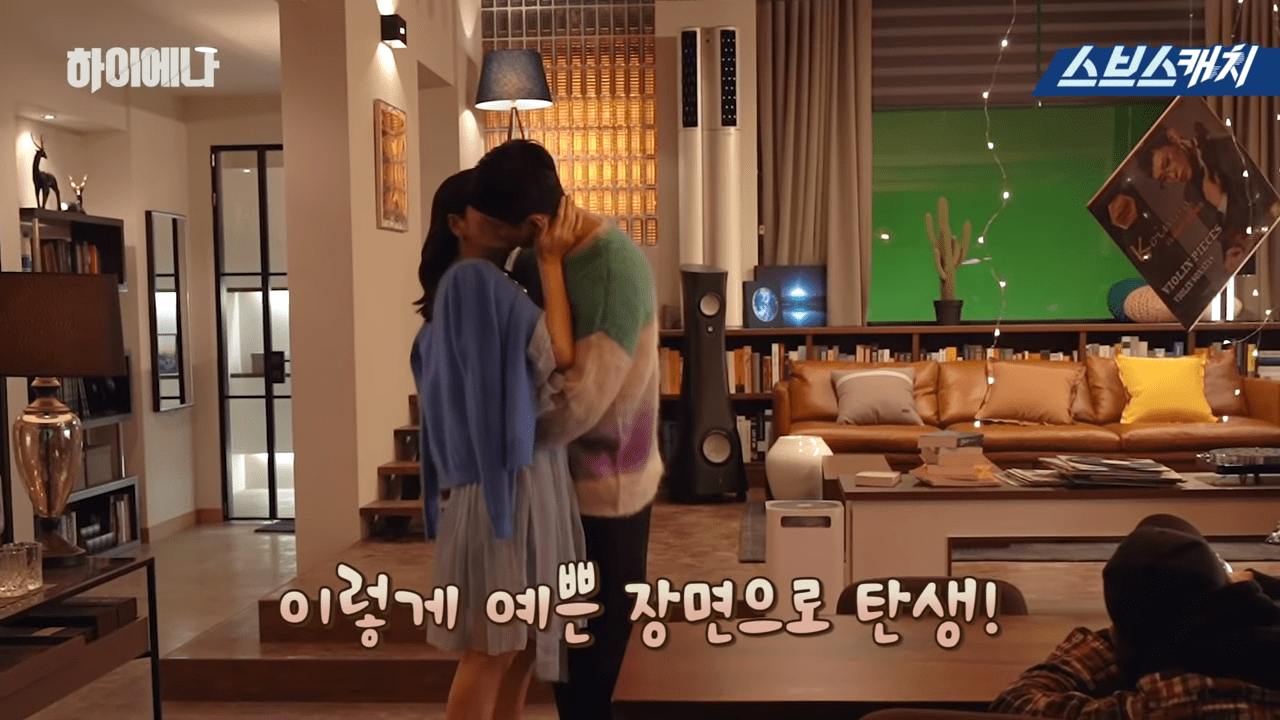 Hwang Bo Ra appears in the next scene, and she perfectly acts out her perky character in the drama. Kim Hye Soo and Joo Ji Hoon can’t help but laugh at the scene they filmed with her. Hwang Bo Ra monitors herself and asks, “Am I drunk?” 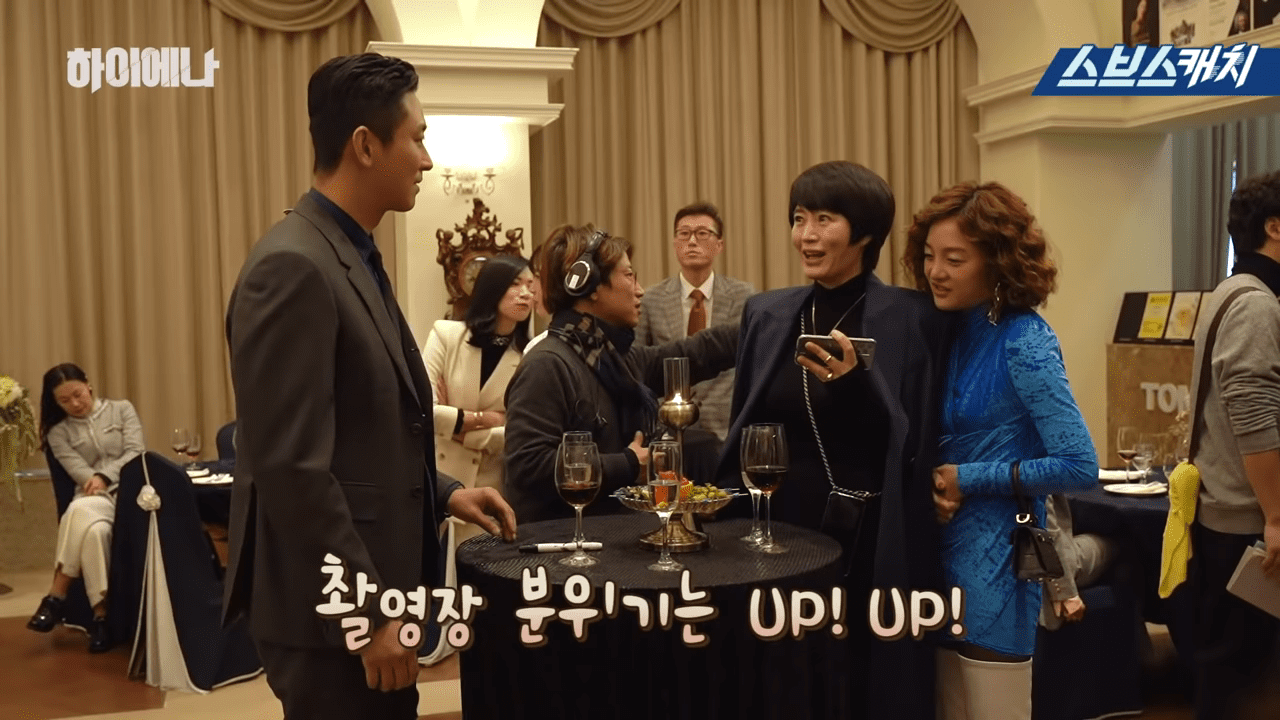 Lastly, Kim Hye Soo and Joo Ji Hoon film the scene where she makes a grand entrance at his law firm. They discuss with the director about how to improve the scene, and the director suggests Joo Ji Hoon to reel from shock. The actor tries it out, and everyone laughs at him. During break, Joo Ji Hoon chats with the other actors while Kim Hye Soo busily takes photos of everyone.