The previous episode followed Jung Geum Ja (Kim Hye Soo) and Yoon Hee Jae (Joo Ji Hoon) as they battled over the public listing of startup company D&T. Though it became apparent that they needed each other to succeed in their tasks, neither was willing to back down and their pride stopped them from reaching out to each other for a truce, eliciting curiosity from viewers on how they will resolve the issues around D&T’s listing.

The new stills give a glimpse into that as Jung Geum Ja and Yoon Hee Jae can be seen sitting in a car together. They had vowed to never work with each other, so it will be interesting to see why they are sitting together in a car in a yet undisclosed location. It appears that they are at a stakeout in the hopes of getting evidence that will seal the deal for D&T. While Jung Geum Ja stares straight ahead with a purpose, Yoon Hee Jae can’t take his eyes off of her. 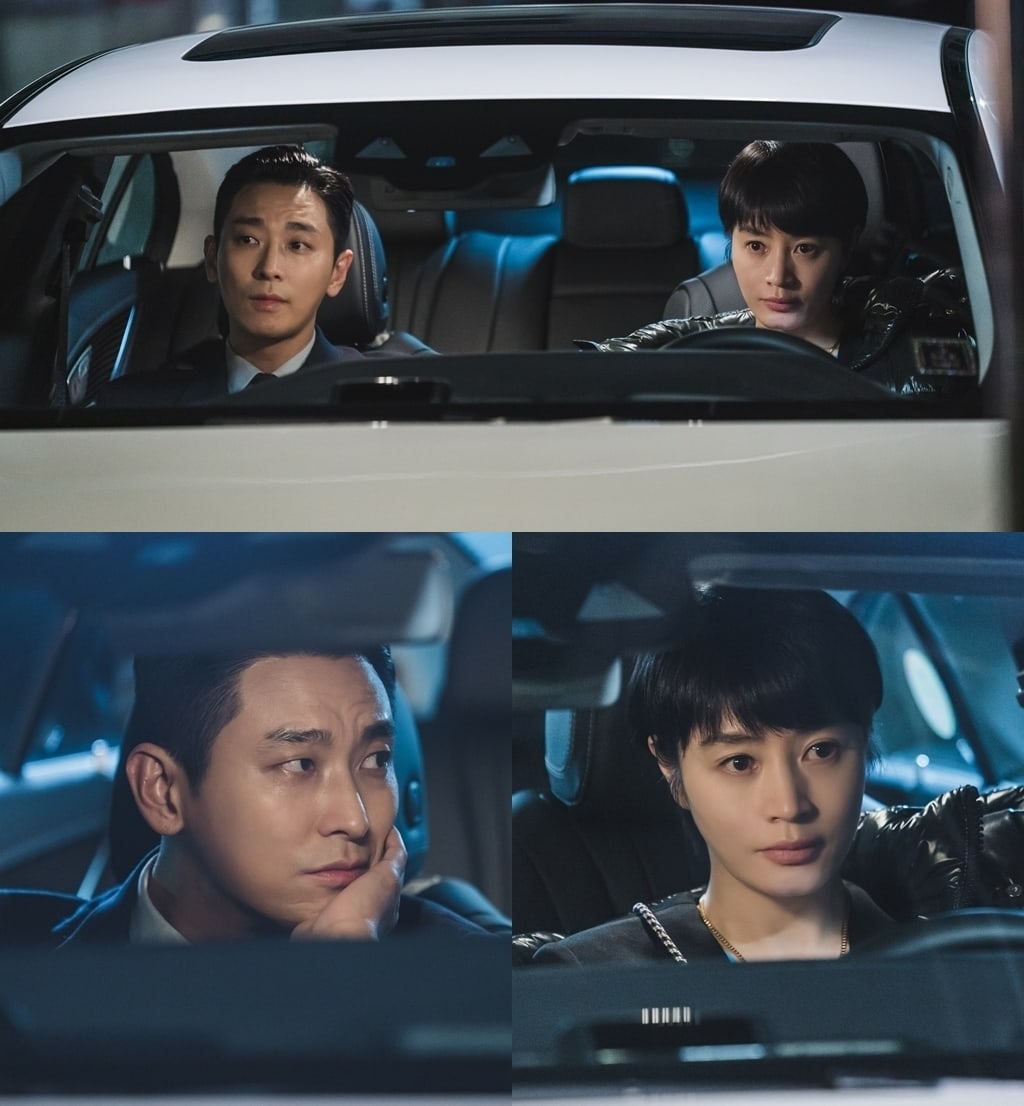 What brought the two together in the car and the conversations that will ensue from them being in such close quarters will be revealed in the upcoming episode of “Hyena,” which will air at 10 p.m. KST on March 7.