The “Try Not to Laugh” challenge of SBS’s “Running Man” has returned once more, but with a twist!

The March 8 broadcast showed the cast members playing the “Try Not to Laugh Hide-and-Seek,” a game in which they had to find the members of the opposing team who are hiding without laughing. The episode featured guests Girls’ Day’s Yura, Kang Tae Oh, Kim Na Hee, and APRIL’s Naeun. Lee Kwang Soo was not able to take part in the recording due to his injury.

The first team to hide while wearing funny costumes included members Kim Jong Kook, Naeun, Yang Se Chan, Jun So Min, and Kang Tae Oh. Kang Tae Oh made the production staff laugh when he used a permanent marker to draw on his lips and asked, “This comes off, right?” Kang Tae Oh was surprised when Kim Jong Kook told him, “Why are you using that on your lips? We have lipstick.”

Naeun, who laughs easily, fell on the floor roaring with laughter at Kim Jong Kook who dressed up as Annabelle from the horror movie “Annabelle.”

When Yoo Jae Suk and Kim Na Hee from the opposite team began their search, they came upon Jun So Min and Yang Se Chan parodying the film “Ghost” with messily painted faces. Yoo Jae Suk burst out laughing and said, “I predicted it, but I couldn’t hold it in.” Kim Na Hee expressed, “This is cheating.” Later, HaHa also found Yang Se Chan and Jun So Min, and he said while cracking up, “You guys are crazy. So annoying.” 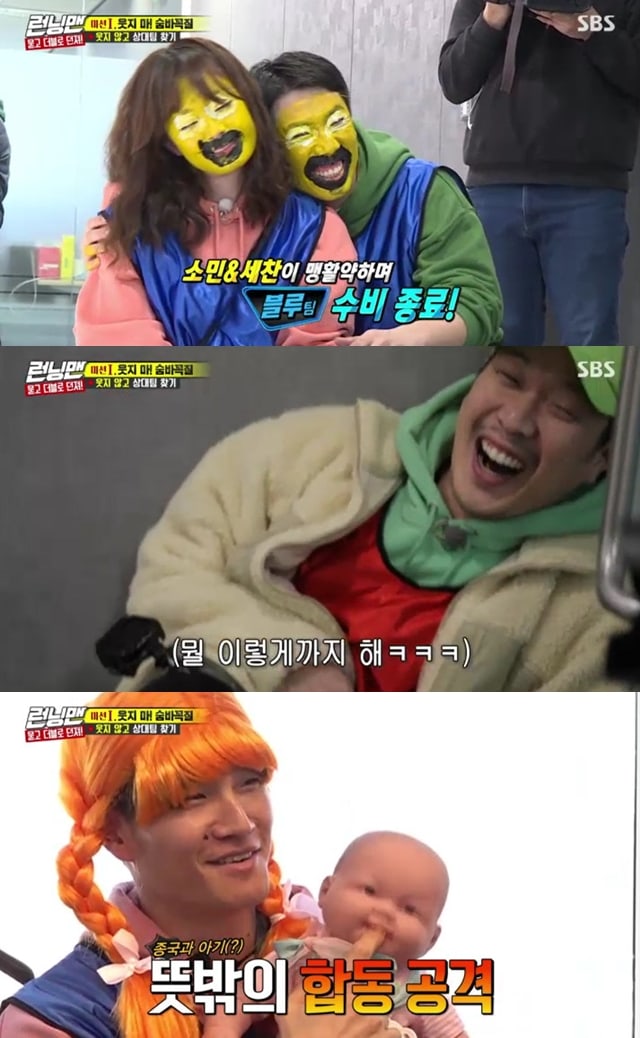 Ji Suk Jin found Kim Jong Kook and was also unable to contain his laughter. He yelled at Kim Jong Kook, “Why are you doing this?”

Meanwhile, Song Ji Hyo was the ace of the other team, as she did Zico’s “Any Song” challenge with a completely straight face and made Jun So Min cry while laughing. Yoo Jae Suk dressed up as a llama and walked across the hallway as if it were a runway. 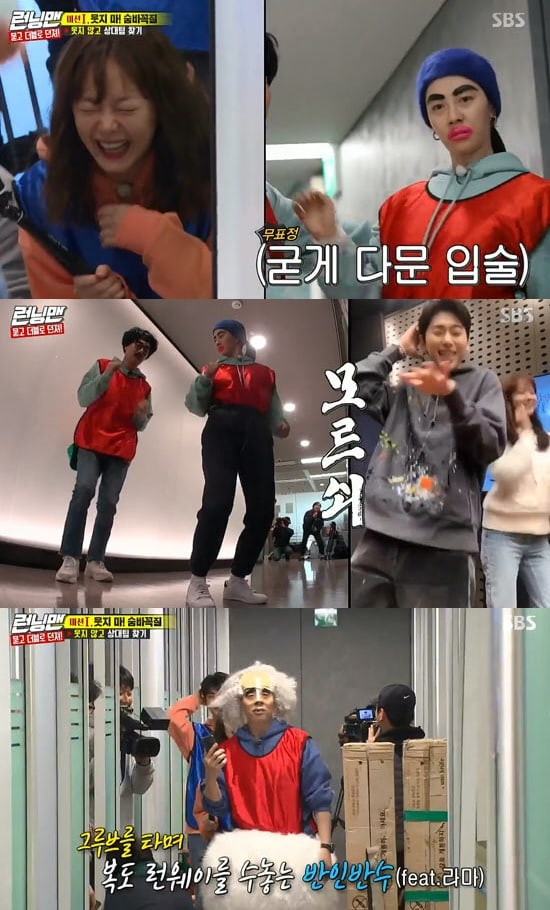