On the March 8 episode of MBC’s “The King of Mask Singer,” a new round of challengers began competing for the crown.

The first performance of Round 1 was between two female singers nicknamed “Ppogeulie” and “Cup Ramen,” who sang Fin.K.L’s “NOW.”

After the performance, Yoo Young Suk said, “The two of them seem very similar to me. I think that there isn’t a big age difference between them, and they are both singers. But the flavor of their voices is different. Cup Ramen has a ‘spicy’ flavor and Ppogeulie has a ‘mild’ flavor.”

In the end, Cup Ramen advanced to Round 2 with 60 votes to Ppogeulie’s 39. Ppogeulie chose to sing gugudan’s Kim Sejeong’s “Flower Road” as her solo song, which was even more meaningful because Kim Sejeong was in the audience as one of the panelists.

During the solo performance, Ppogeulie took off her mask to reveal her identity as MOMOLAND’s Jane! She said, “This is my first time appearing on anything alone. Even now, my hands are shaken. When I picked the song, I didn’t know Kim Sejeong would be here. I thought I would faint.”

She added, “A lot of people know MOMOLAND as a group, but there are a lot of cute members, so I hope people can get to know us better.”

Jane posted on MOMOLAND’s official Twitter, “Merry [fanclub name]! Were you surprised? This was my first time singing alone without the MOMOLAND members, so I was really, really nervous, but it was a good experience, haha. I hope that it was a good surprise gift for Merry. I will become an even better Jane in future. Ppogeul, ppogeul.”

She also shared a picture of her mask on Instagram Stories and wrote simply, “Thank you.” 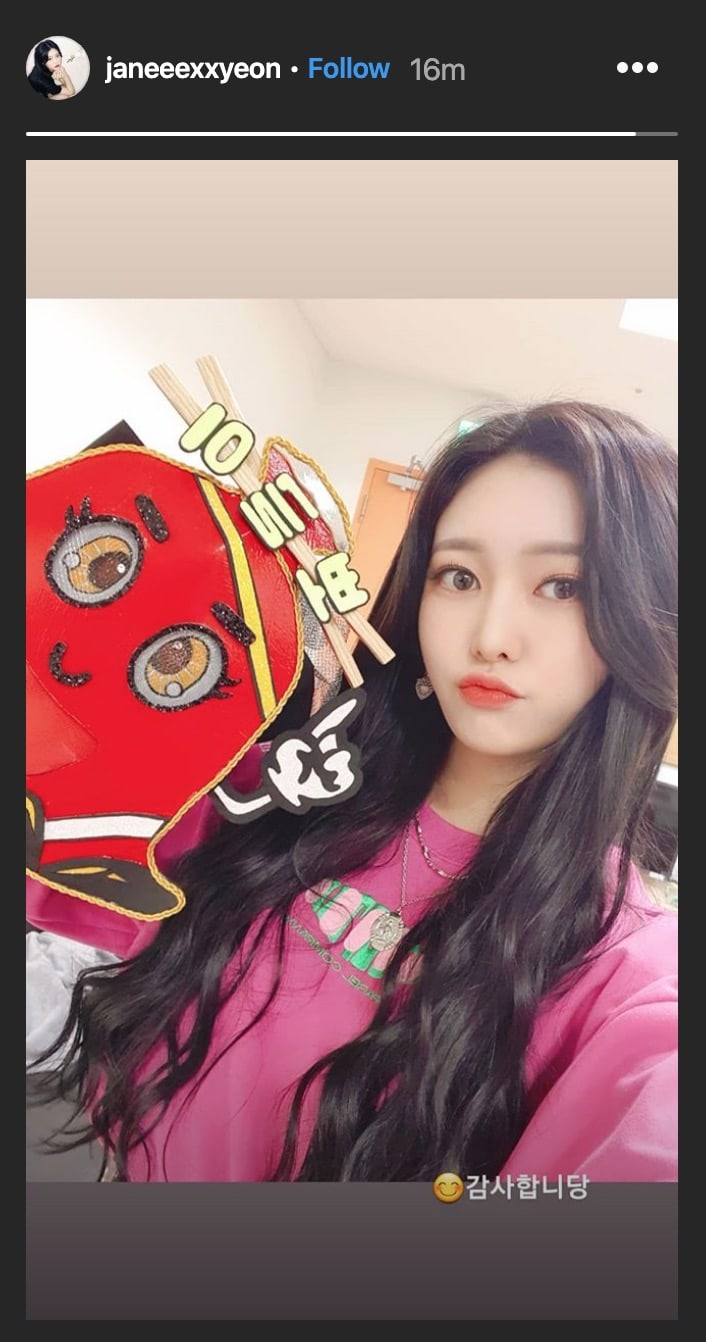 Check out an episode of “The King of Mask Singer” below:

MOMOLAND
Jane
The King of Mask Singer
How does this article make you feel?