Girl’s Day’s Yura talked about what she’s been up to these days on “Running Man”!

Yura, who was making her first “Running Man” appearance in a while, received compliments from the cast for her beautiful appearance and style.

When asked what she’s been up to lately, Yura replied, “I’ve been resting. I took some time for self-improvement, like learning English and things like that.”

Ji Suk Jin then asked her to speak in English, and Yura made several of the cast members laugh by appearing startled by his sudden request. 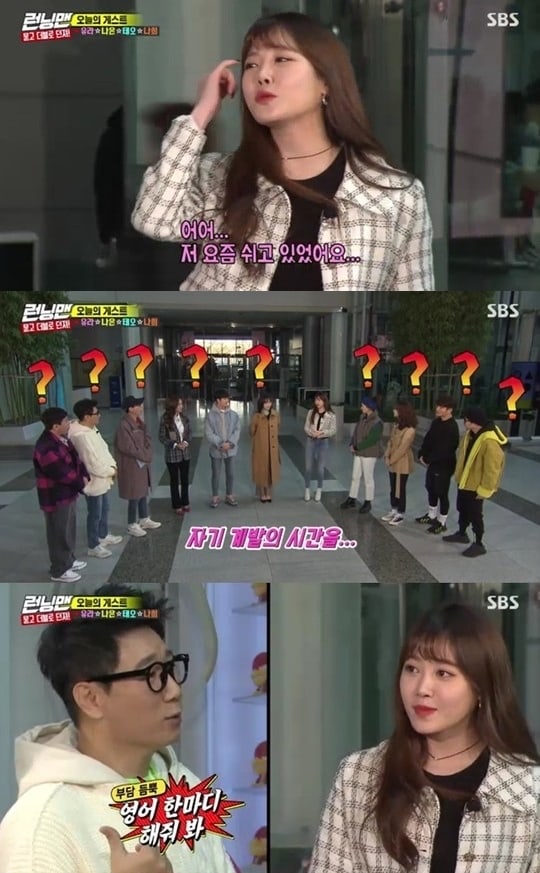 Girl's Day
Running Man
Yura
How does this article make you feel?