Suga turned 27 years old (in Western reckoning) on March 9. Even before midnight KST on the date, several hashtags related to his birthday had trended worldwide on Twitter.

After midnight, with the exception of tags related to International Women’s Day (March 8), hashtags related to his birthday had taken over most of the Top 20 worldwide trends. These included #HappyBirthdayYoongi at No. 1, #GeniusMinSuga at No. 5, #AyoSuga at No. 9, and #ShiningDayOfMinPD at No. 13. The Korean hashtag for his birthday roughly translates to, “Wishing Yoongi a shining birthday,” which is a pun on Suga’s real name Yoongi. 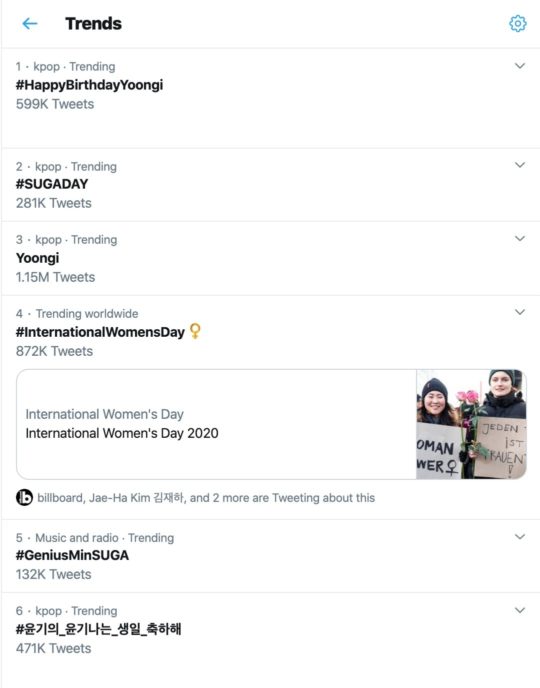 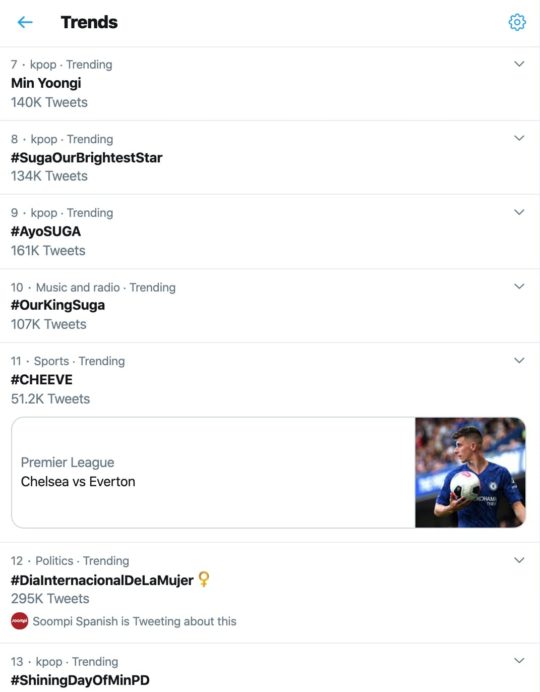 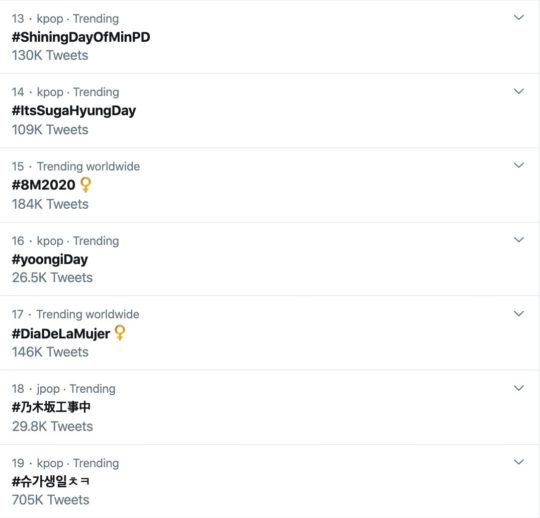 On March 7, BTS held a V Live broadcast to talk about what they were going to do for Suga’s birthday. After some persuasion, it was agreed that Jin would buy a meal for all seven members in honor of the day. Soon after midnight on March 9, BTS shared a video of the members sharing a meal together and celebrating Suga’s birthday with a cake. They also shared a video of Jin paying not only for the members’ meal but also for the staff members in attendance.

Many happy returns to Suga!