Watch: Champion Go Player Lee Se Dol Fanboys During Video Call With Oh My Girl On “Master In The House”

Lee Se Dol let out his inner fanboy on “Master in the House”!

On the March 8 episode, the former professional Go player appeared as the latest master on the variety show.

He revealed that he’s a huge fan of Oh My Girl, and Lee Seung Gi said, “I’ll make a video call with Oh My Girl happen if you give us a present.”

Lee Se Dol appeared visibly nervous before the phone call as he took a sip of water and fixed his hair. He hid behind Lee Seung Gi and then said, “It’s really Oh My Girl!” when the girl group appeared onscreen.

Lee Seung Gi said to Oh My Girl, “This is our master Lee Se Dol on ‘Master in the House,” and Yang Se Hyung asked if they know who he is. They answered, “We know [who he is],” and mentioned, “The person who beat a computer!”

Lee Se Dol proudly stated, “I’m a Miracle [Oh My Girl’s official fandom]. Really!” Oh My Girl members were surprised to hear this and thanked him. Lee Seung Gi revealed, “I have my hand on his back, and I wish I could convey how fast his heart is beating.” 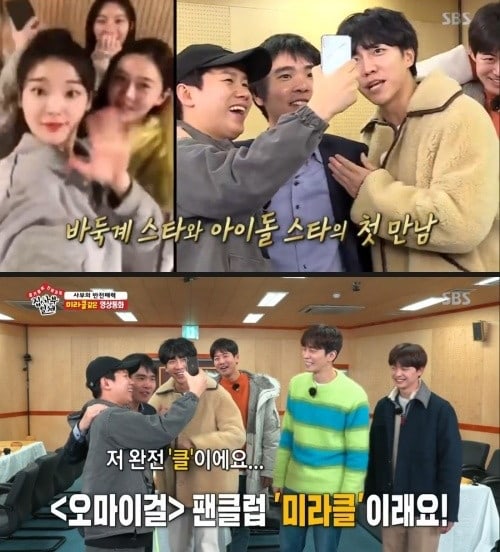 They concluded by wishing Lee Se Dol good luck and singing a verse from his favorite Oh My Girl song “Remember Me.” After the phone call, Lee Se Dol was still in disbelief that it was really Oh My Girl and asked the cast if they needed anything.

Oh My Girl
Master in the House
Lee Se Dol
How does this article make you feel?