BTS’s RM candidly opened up about the cancelation of BTS’s scheduled concert in Korea, as well as promoting their new album “Map of the Soul: 7” amidst public health concerns around the spread of COVID-19 (novel coronavirus).

RM connected with fans on Naver’s V Live on March 10 to share behind-the-scenes stories of BTS’s “Map of the Soul: 7,” taking fans through each song and giving insight into the experiences that created them.

During the process, he opened up about promoting “ON,” the title track of the new album. Due to the growing public health concerns of COVID-19, music shows have been recording performances without live audiences, and many groups have had to limit direct interaction with fans.

RM stated, “I’m saying this now as promotional activities have wrapped up, but I felt powerless at times during our activities. Even when I was sweating, it didn’t feel like real sweat. We were announcing our return but there was no one there, only cameras. Of course, we received reactions about our comeback, but we didn’t have any direct interactions with people in person.” He continued, “But I kept repeating to myself like a spell, we can’t lose our energy, we have to be happy, we have to smile. So many people are having such a hard time, and we at least get to be on air. I kept saying that and repeating it to myself. If we are like this [without energy], it will make our fans who have been waiting so much for this lose their energy too.” 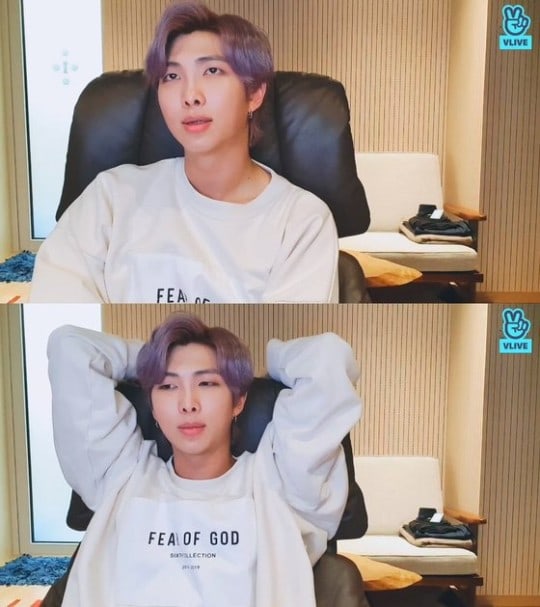 He went on to talk about the “Map of the Soul” Korean concerts, which were scheduled to take place on April 11, 12, 18, and 19, but were canceled due to the spread of COVID-19. He stayed honest with his fans as he said, “It was very hard, and I felt so powerless. There were so many things we had prepared, we prepared for so long, we rehearsed for such a long time. So I felt dejected, really dejected. We were meant to show all these things to you.”

RM said, “At times when I was at home these past two weeks, I would feel so much anger building up like I was going crazy. All of the sudden, I’d start yelling and feel so much anger, because I was feeling dejected. I was upset. I was upset, and I felt like there wasn’t much we could do realistically. But I wanted this album to get out in the world. All of the time, practice, and rehearsals we’d put in for this album had to be immortalized here. That way, everything we did wouldn’t have been for nothing. The same goes for your love and support as well.”

RM left things on a positive note as he said, “At least we get to be in broadcasts. I at least get to borrow the power of media and share my stories, because offline interactions aren’t possible these days. But we must keep moving forward. What else can we do? We have to keep moving forward, and I believe that if many in Korea wait, there will be good news.”