tvN’s newest web drama “A Girl’s World” (literal title) is based off the popular webtoon of the same name that reached 7 million downloads on Naver’s Monday webtoon series app. It will be produced by the crew behind “Chubby Romance,” another popular tvN web drama about youth that accumulated over 28 million views throughout the series.

“A Girl’s World” tells the heartfelt story of friendship and growth in high school, where friends make up the entirety of one’s world. The web drama will translate this realistic story of 17-year-old students through short but impactful 15-minute episodes. 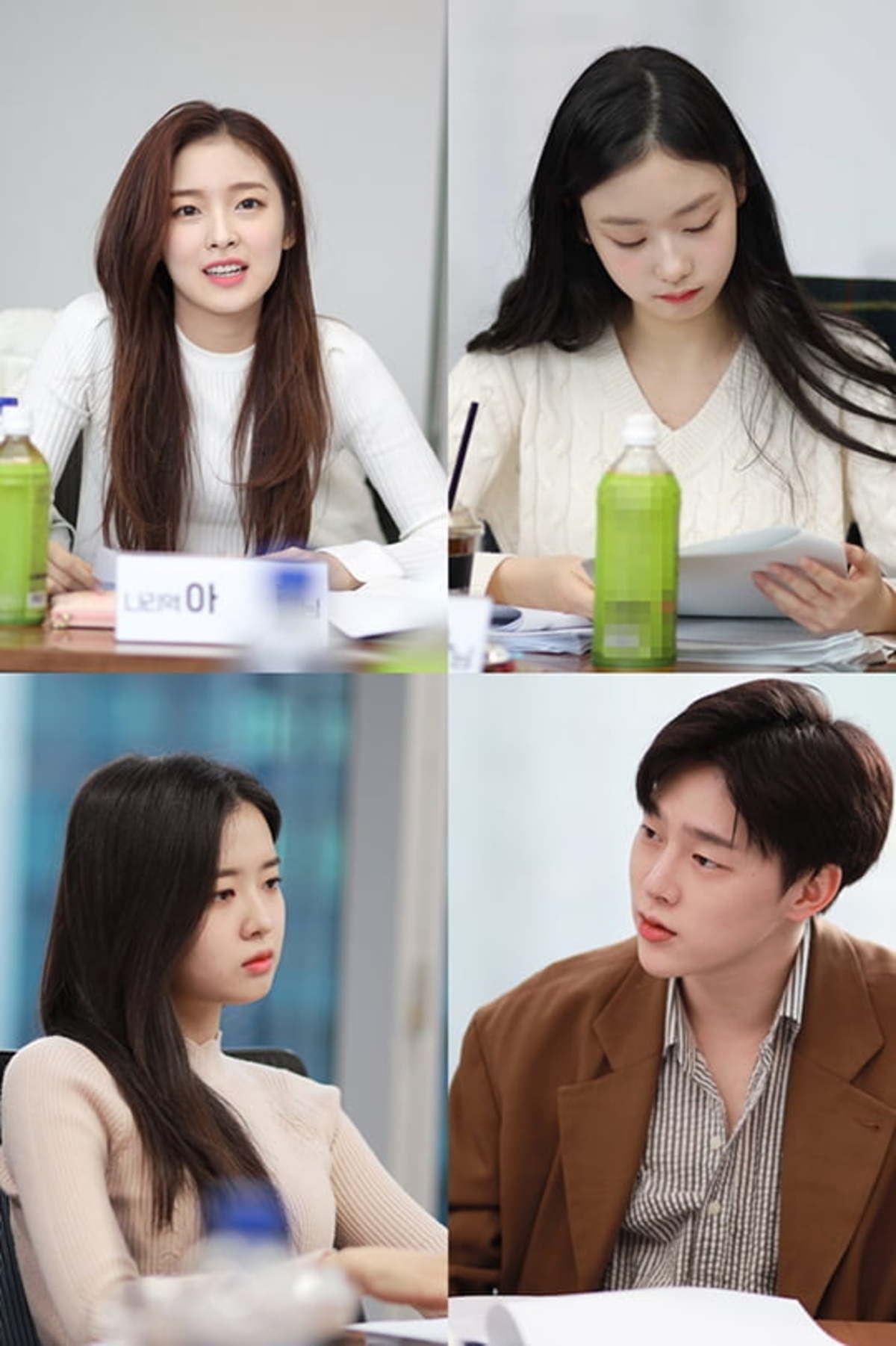 Oh My Girl’s Arin will star as Oh Na Ri, who enters high school feeling confident from her recent successful diet. However, her self-esteem is lowered by all the pretty friends she meets, thinking of herself as the ugly ducking among swans. Although Oh Na Ri dreams of a regular school life, she is met with numerous trials.

Oh Na Ri’s perfect and classy friend Im Yoo Na is played by Hwang Bo Reum Byeol. Im Yoo Na is not lacking in any aspect, whether it’s her appearance or her family background. However, she grows exhausted at all the overly kind and fake people around her, only considering Oh Na Ri as her one true friend.

Han Chae Kyung will portray Seo Mi Rae, who is popular among the students. Although she’s busy as an idol trainee, she grows to like Na Ri after realizing how much Yoo Na admires her. She will also develop an interesting relationship with Jung Woo Kyung, played by Kwon Hyun Bin, who is a popular idol. FANATICS’ Do Ah will play Im Sun Ji who appears very innocent on the outside but is the first to stand up for Oh Na Ri when she faces trouble.

The director of “A Girl’s World” Choi Sun Mi shared, “We tried to bring the loveliness of the original webtoon to the drama. We believe that ‘A Girl’s World’ through a screen will bring that much more comfort and empathy to today’s youth.”

“A Girl’s World” premieres this April through Naver’s V Live.