In the latest stills, Kang San Hyuk and Jung Young Jae are on a sweet date together when they’re taken to the police station. During questioning, San Hyuk sticks to Young Jae’s side, while she fights to contain her alarm and frustration. 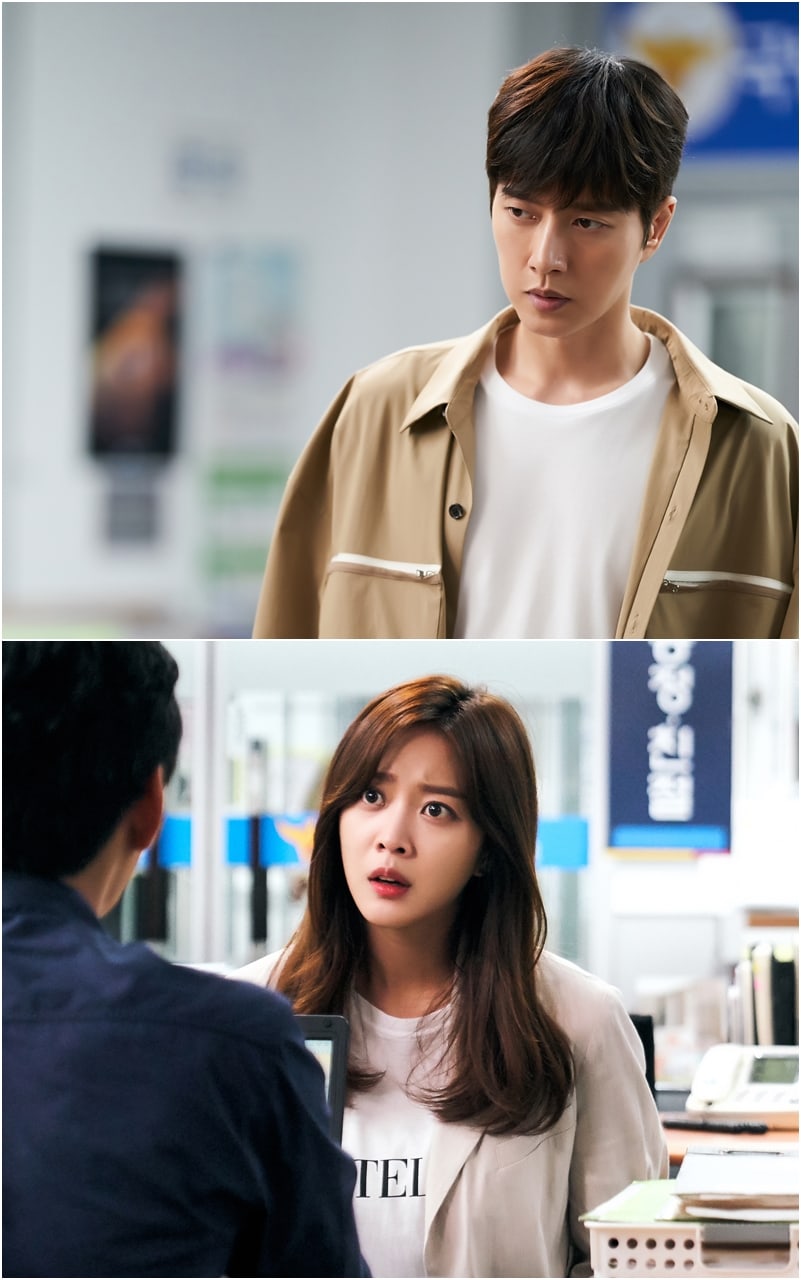 The two actors enjoyed their time on set for the scene, even engaging in an enunciation battle after they both experienced difficulties with their lines. They continued to have trouble, and after apologizing to the staff, they made everyone laugh when they fervently began to stretch their faces and lips to better accommodate the difficult dialogue.

A source from the drama said, “Park Hae Jin and Jo Bo Ah expertly portrayed the scene with its dramatic effects down to the small details. Please tune in to this week’s episodes, which will bring twists on twists and more couple moments from the main characters.”