On March 11, the new drama released a group poster featuring the two leads and the people of Seoha village. In the poster, Moon Seung Mo, Yoo Bella, and Kim Seol Ah (Go Do Yeon) are smiling in front of a traditional Korean house. Holding delicious food and fresh ingredients, the three people flash bright smiles as if they’re expecting people to visit.

The background also showcases the unique individuals who live at Seoha village. For one, Bang Da Hoon (Choi Kwang Je), who is standing in a comical pose at the end of the line, has settled down at Seoha village after following his friend Moon Seung Mo through interesting circumstances, and he’s expected to be the show’s refreshing energizer. 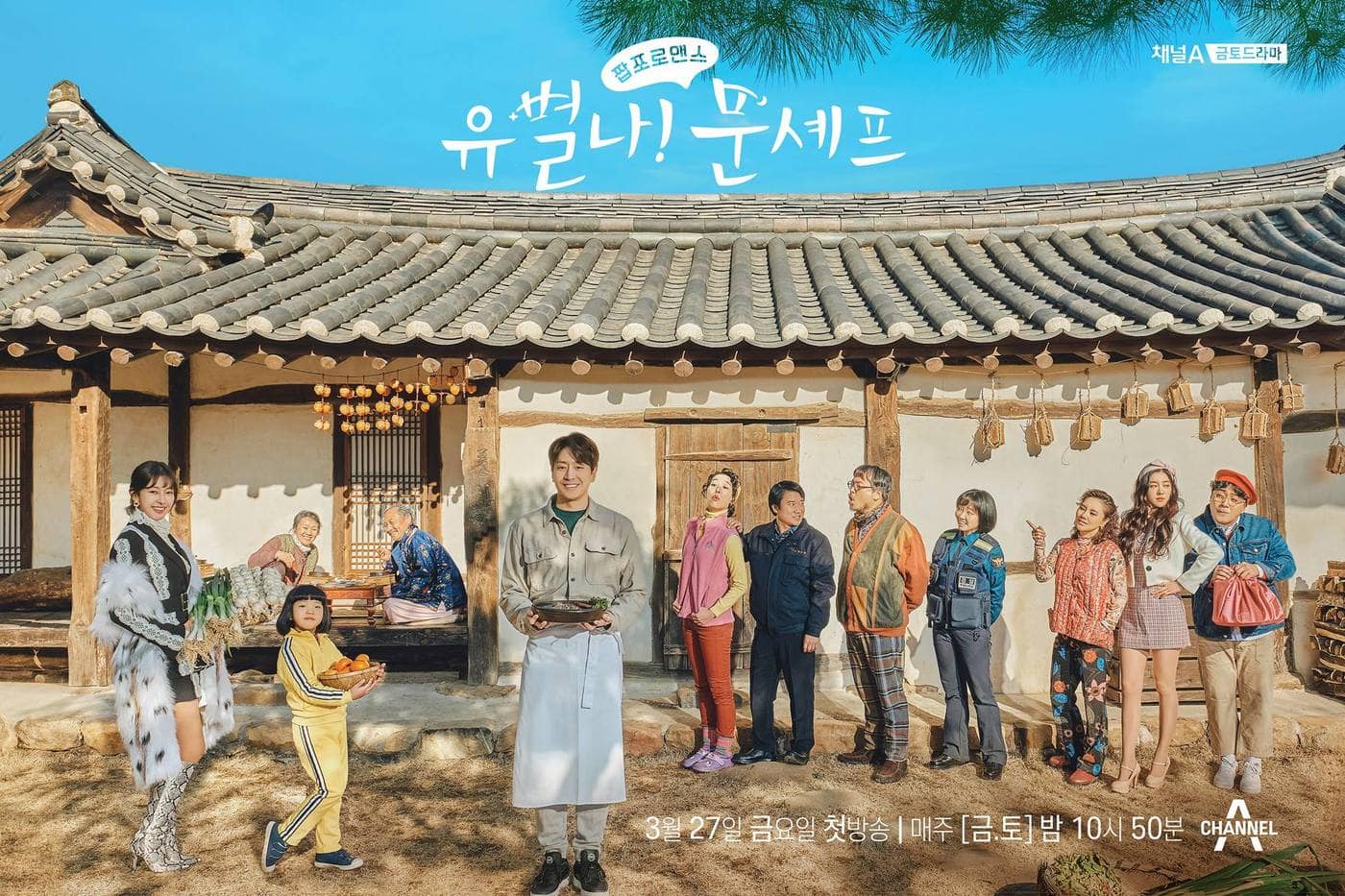 In addition to Hwang Jang Dan (Lee Dong Yong) and Doctor Jo (Lee Seo Hwan), who appear to be fighting, the line also includes Yeo Woo Rin (Jo Soon Kyung), who is overflowing with justice, and Byung Cheon Daek (Lee Mi Yoon) and Gong Hyo Sook (Song Ji Woo), who will make viewers laugh with their relatable mother-daughter chemistry. With the unique village characters, the drama will portray a story viewers of all ages can enjoy.

In the meantime, watch a teaser for the drama below!