Lee Soo Hyuk’s first character will be the pure-hearted detective Cha Hyung Bin from the 1980s, while his second will be Cha Hyung Bin’s modern-day reincarnation: the cool-headed prosecutor Kim Soo Hyuk.

On March 12, the upcoming drama unveiled a sneak peek of Lee Soo Hyuk in the first of his dual roles. Dressed in a 1980s police uniform, Lee Soo Hyuk glances up from a book with a warm, innocent gaze as the devoted detective Cha Hyung Bin, who only has eyes for one woman. Other photos show the character poring over a crime scene with a determined frown, piquing viewers’ curiosity as to what evidence might have captured his attention. 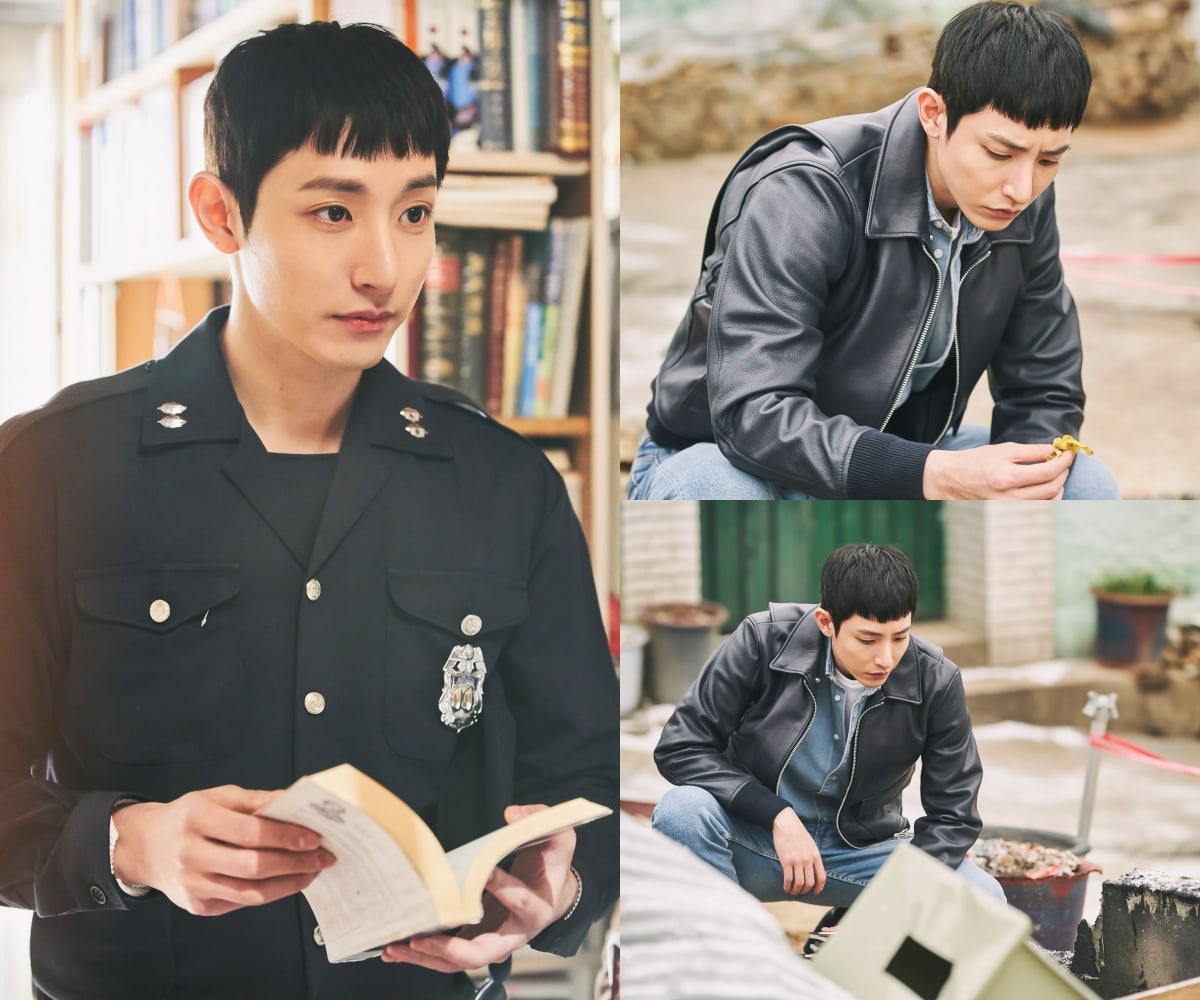 The producers of “Born Again” commented, “As this is Lee Soo Hyuk’s first time taking on two different roles in the same drama, he is working especially hard on exploring and developing his characters. Viewers will be able to see many different charms from him at once through this drama.”

They went on to add, “Lee Soo Hyuk was able to stylishly pull off his 1980s costumes, and his retro fashion will add another fun element of entertainment to the drama. Please look forward to it.”

In the meantime, watch Lee Soo Hyuk in his most recent Korean drama “Sweet Stranger and Me” with English subtitles below!

Lee Soo Hyuk
Born Again
How does this article make you feel?