KBS 2TV’s upcoming Monday-Tuesday drama “How to Buy a Friend” has released its main poster featuring the three main characters.

“How to Buy a Friend” is based on a webtoon of the same name and tells the story of Chan Hong, an average high school student who begins a “contractual friendship” with legendary high school fighter Don Hyuk because of a poem.

The main poster was released on March 12 and shows Park Chan Hong (Lee Shin Young), Heo Don Hyuk (Shin Seung Ho), and Uhm Se Yoon (Kim So Hye) standing outside of their school. They are all looking back as if they’ve been called and the expressions on their faces are not all happy, holding an air of tension and mystery in them. The injuries on Chan Hong’s face also draw attention as Don Hyuk is known to have said, “If you help me, no one will be able to bother you again.”

The tagline of the poster reads, “That day, is when everything began,” reflecting how a poem brought Chan Hong together with Se Yoon and Don Hyuk, and the friendship he strikes up with Don Hyuk completely changes his world. 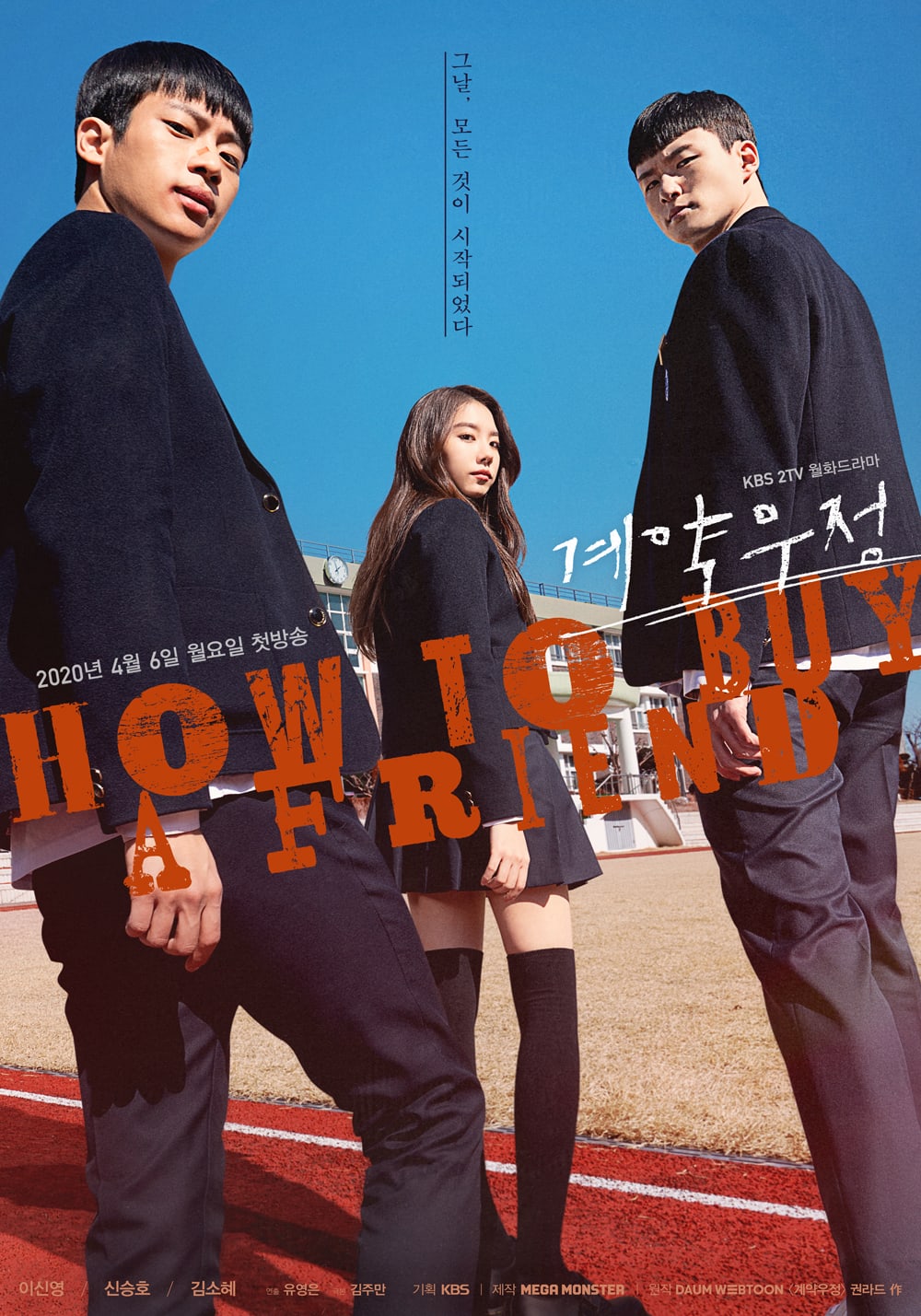 The production staff stated, “The actors always show great chemistry on set like a group of high school students who are friends in real life. They are constantly exchanging ideas and trying to find the best expressions to elevate their scenes, and thanks to them, we were able to create the perfect poster that shows the mysterious and strange aura between them.”

Kim So Hye
Shin Seung Ho
Lee Shin Young
How to Buy a Friend
How does this article make you feel?