Gaon has announced the newest songs to receive platinum certifications!

Gaon Chart certifies an album as platinum once it reaches 250,000 sales and if at least six weeks have passed since its release. A song receives platinum certification at 100 million streams or 2.5 million downloads.

On March 12, Gaon announced that BLACKPINK member Jennie’s “Solo” and Anne-Marie’s “2002” both received official platinum certifications in the download category.

For streaming, there were five new songs that earned platinum certifications this month. They are AKMU’s “How Can I Love the Heartbreak, You’re the One I Love,” Jang Beom June’s “Your Shampoo Scent in the Flowers” (OST for JTBC’s “Melo is My Nature“), Hwang In Wook’s “Pojangmacha,” and BLACKPINK’s “Forever Young.” Shaun’s “Way Back Home” was certified double platinum for being streamed over 200 million times. 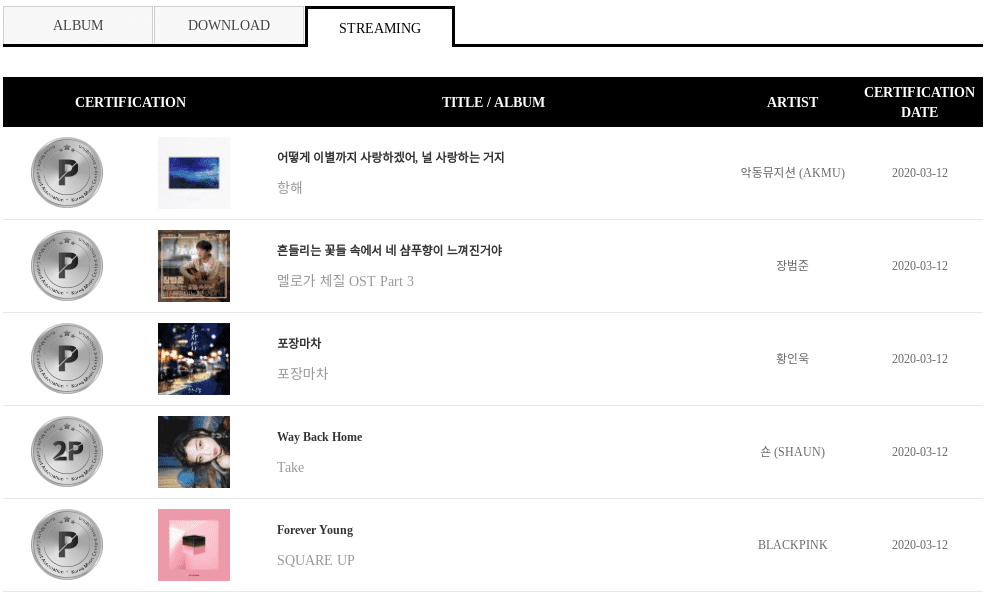 There are no albums that were newly certified platinum this month.

BLACKPINK
AKMU
Jennie
Jang Beom June
Hwang In Wook
How does this article make you feel?