“Parasite” star Jang Hye Jin will be making a special appearance in the upcoming tvN drama “A Piece of Your Mind”!

Described as a free-spirited tale about unrequited love, “A Piece of Your Mind” is a new romance drama starring Jung Hae In as Ha Won, a kind-hearted artificial intelligence (AI) programmer who has spent years in one-sided love and has resigned himself to his lonely fate. Chae Soo Bin will star in the drama as Han Seo Woo, an optimistic classical recording engineer who finds herself drawn to watching Ha Won and his one-sided love from afar.

After impressing audiences worldwide with her performance in the award-winning film “Parasite,” in which she played the mother of Choi Woo Shik and Park So Dam‘s characters, Jang Hye Jin will be taking on another maternal role for a special cameo in “A Piece of Your Mind.”

On March 13, the upcoming drama unveiled a sneak peek of the veteran actress in character as Han Seo Woo’s doting mother, who has traveled all the way to Seoul from the countryside to see her. The newly released photos show Jang Hye Jin waiting outside her daughter’s home, frowning in worry before catching sight of Chae Soo Bin and breaking into a huge grin. The beaming mother then holds out her arms expectantly as her daughter races towards her for a warm hug. 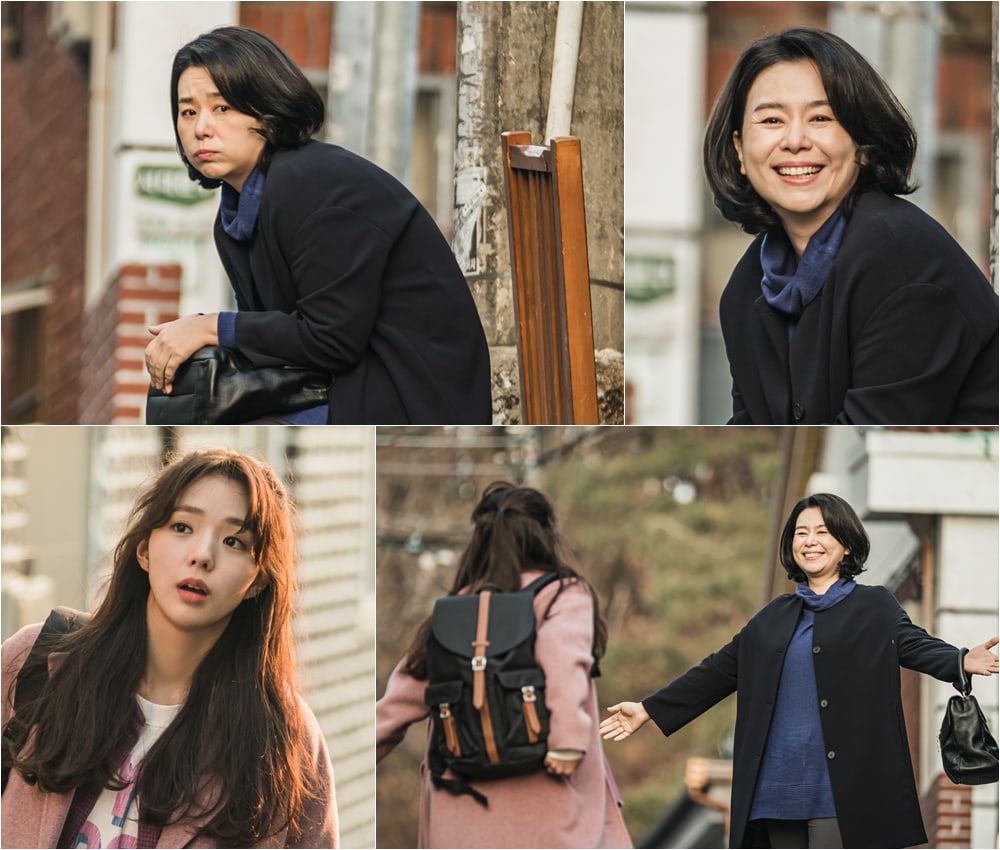 The producers of “A Piece of Your Mind” expressed their gratitude to Jang Hye Jin for agreeing to the cameo, remarking, “We sincerely thank Jang Hye Jin for kindly appearing in our drama in spite of her busy schedule. Jang Hye Jin has realistically portrayed maternal love through many different projects in the pst, and we asked her to appear in the role [of Chae Soo Bin’s mom] because we were drawn to the authenticity of her acting.”

They went on to add, “[Jang Hye Jin] impressed everyone on set by showing a new kind of acting and portraying an entirely different type of mom from her ‘Parasite’ character Chung Sook. You can safely look forward to her performance [in the drama].”

Chae Soo Bin
Jang Hye Jin
A Piece of Your Mind
How does this article make you feel?