tvN’s upcoming drama “When My Love Blooms” has unveiled a new glimpse of GOT7’s Jinyoung in character!

“When My Love Blooms” will tell the love story of Han Jae Hyun and Yoon Ji Soo, who become each other’s first loves in college, then reunite many years later after their lives have changed completely. Jinyoung and Jeon So Nee will play the characters during their younger years, while Yoo Ji Tae and Lee Bo Young will take over the roles once the characters reunite in their forties.

On March 13, the upcoming drama released new stills of Jinyoung in his role as the young and innocent Han Jae Hyun. Although he is a model student who boasts a stellar GPA and handsome looks that attract a great deal of attention from his female classmates, Han Jae Hyun is caught up in his own worries: he is deeply troubled by the societal problems of the day. As a passionate idealist who has become disillusioned with society, he is heavily involved in student movements. 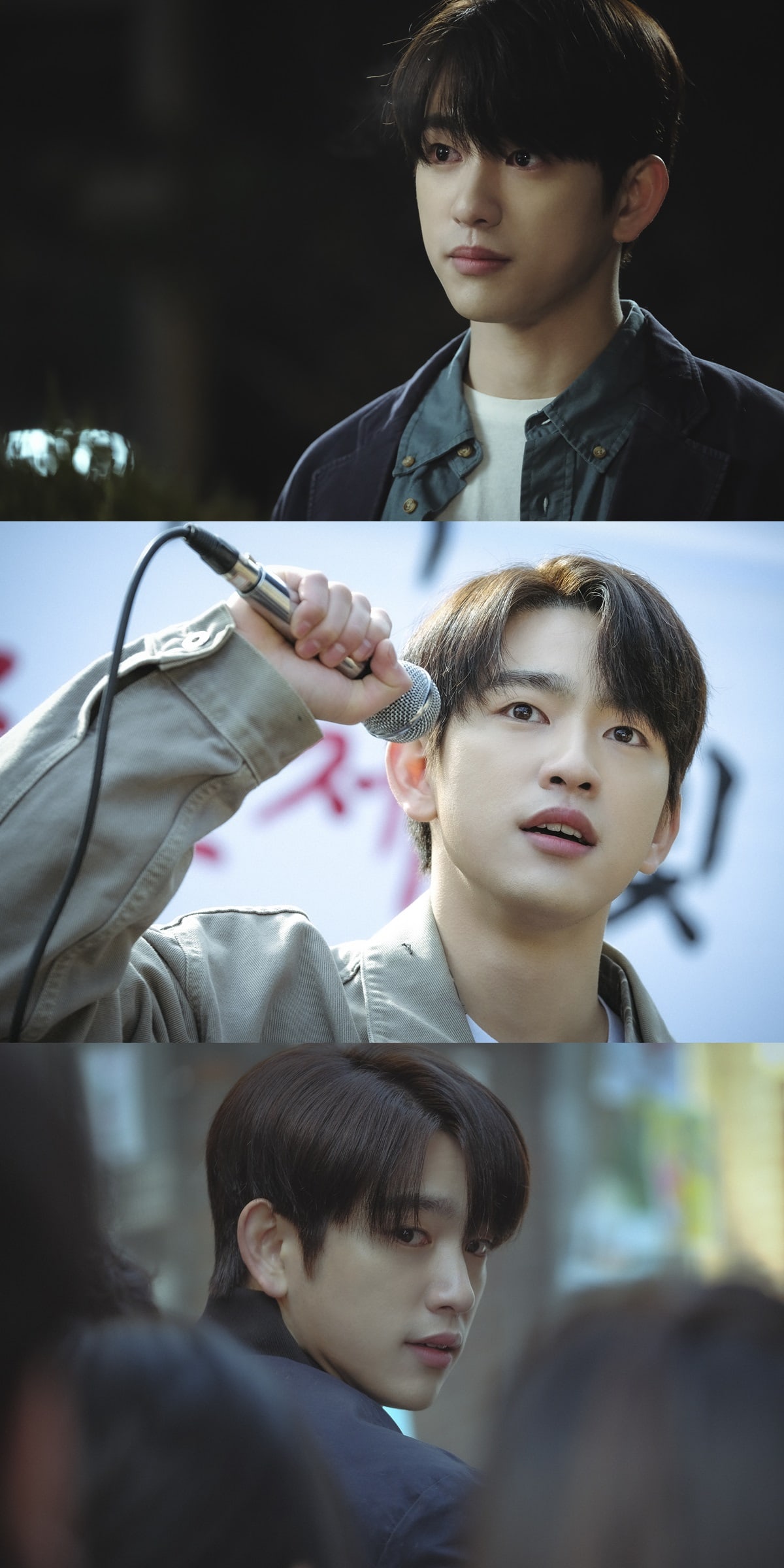 Once Han Jae Hyun crosses paths with the fresh and lively Yoon Ji Soo, he finds himself gradually undergoing an unexpected transformation.

“When My Love Blooms” is currently scheduled to premiere in April, following the conclusion of tvN’s “Hi Bye, Mama.”

Are you excited to see Jinyoung in this new drama?