“Mister Trot” Under Fire For 12-Year-Old Contestant Appearing Past 1 a.m. In Live Finale

TV Chosun’s massive hit audition program “Mister Trot” is being criticized for having an underage contestant take part in its live finale that ran until after 1 a.m.

The March 12 finale of the show featured the seven finalists taking the stage. The final performances were pre-recorded without an audience due to concerns about the coronavirus (COVID-19) outbreak, however the following voting result broadcast was live.

The broadcast that was planned to announce the show’s final winner began at 12:50 a.m. KST and went until 1:30 a.m. One of the contestants who took the stage was Jung Dong Won, who was born on March 19, 2007 and is therefore 12 years old in Western reckoning.

Section 22 of the Popular Culture and Arts Industry Development Act states that juveniles under the age of 15 who are artists in the popular culture industry cannot work from the hours of 10 p.m to 6 a.m, in order to protect their rights to rest and sleep. If the following day is a school holiday, they may work until midnight if both the artist and their parent or guardian consents.

“Mister Trot” has therefore come under fire for violating the Popular Culture and Arts Industry Development Act by having Jung Dong Won appear on a live broadcast after midnight. 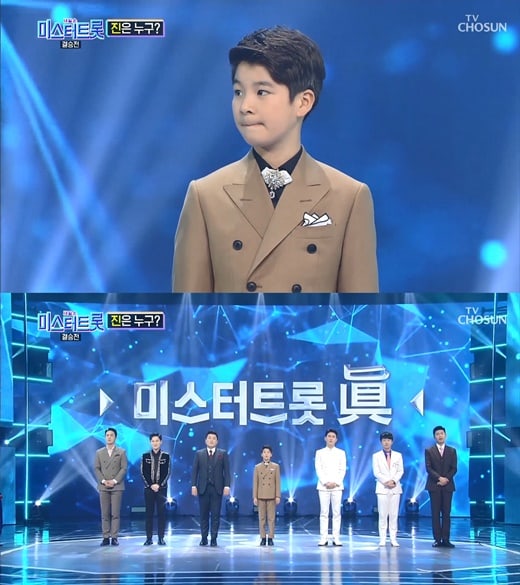 The Korea Communications Standards Commission (KCSC) told news outlet Kyunghyang Shinmun, “We have received many civil complaints over Jung Dong Won’s post-midnight appearance on ‘Mister Trot.’ After they are transferred to the department in charge, they will do an examination and determine whether it was a violation based on the review regulations.”

Outlet OSEN describes that the production team of the show has emphasized that both Jung Dong Won and his family consented to his appearance. A source told OSEN, “Jung Dong Won appeared because he earnestly requested it. Jung Dong Won’s father also wanted him to appear, and his father was present during the live broadcast. The family even filled out a consent form for his appearance.”

OSEN writes that despite this, it appears that the controversy will not be dying down easily. Just as there have been precedents of legal sanctions taken due to similar broadcast situations, the outlet states that it seems it will be difficult for “Mister Trot” to avoid being accused of enforcing the appearance of an underage contestant in its live broadcast.

In 2018, Mnet’s program “Idol School” had several underage contestants take part in a broadcast that went past midnight. Following the results of the KCSC’s review, the network deleted the replay of the episode and related clips. After this, Mnet’s “Produce 48” moved its live finale start time from 11 p.m. to 8 p.m. because of 15-year-old contestant Jang Won Young.

The finale of “Mister Trot” made history by recording the highest viewership ratings ever achieved by a cable network. The program had to delay the announcement of its winner after its server was overwhelmed by the over 7.7 million votes received during the live show.

Mister Trot
How does this article make you feel?