The making-of video begins with Yoo Seung Ho cracking up at Lee Se Young pointing out that his character Dong Baek is everywhere. He can’t help but praise her acting, and as they monitor her entrance in the drama, she adds silly sound effects, making everyone around her laugh.

During the interview, Yoo Seung Ho says, “Since it was originally based on a webtoon, I’m trying to not disappoint the readers who really enjoyed the webtoon. I am working hard to not forget the entertainment and atmosphere [of the webtoon].”

Lee Se Young comments, “This is my first time trying out this kind of genre, and I’m having a lot of fun. Each day is new and thrilling.”

The two lead actors also mention their chemistry with the other actors. Yoo Seung Ho shares his gratefulness to work with many senior actors, and Lee Se Young adds that there are many young actors as well and they’re able to exchange positive energy with each other. 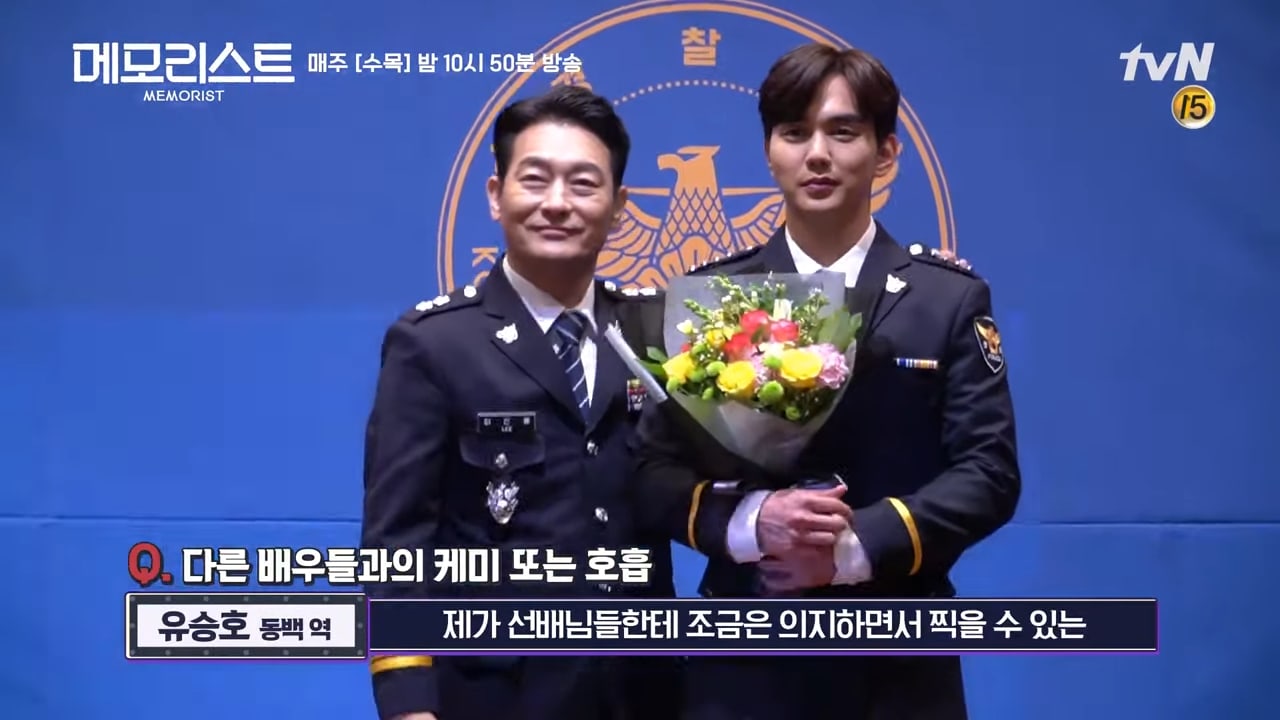 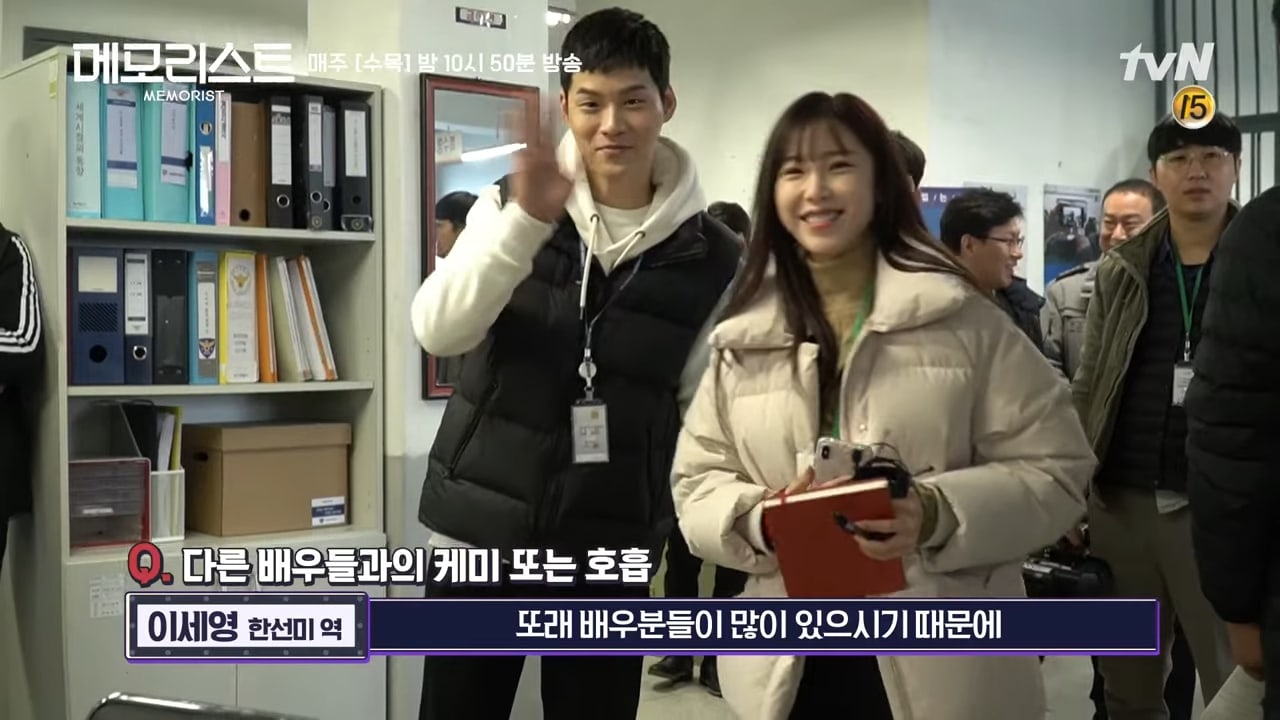 Yoo Seung Ho and Yoon Ji On, who appear as police partners in the drama, showcase bromance with their non-stop joking and witty ad-libs. While fooling around in front of the elevator, Lee Se Young points out that the elevator doesn’t stop at their floor, and Yoo Seung Ho comments, “We’re both fools,” as Yoon Ji On adds, “We wouldn’t know that since we work outside.” 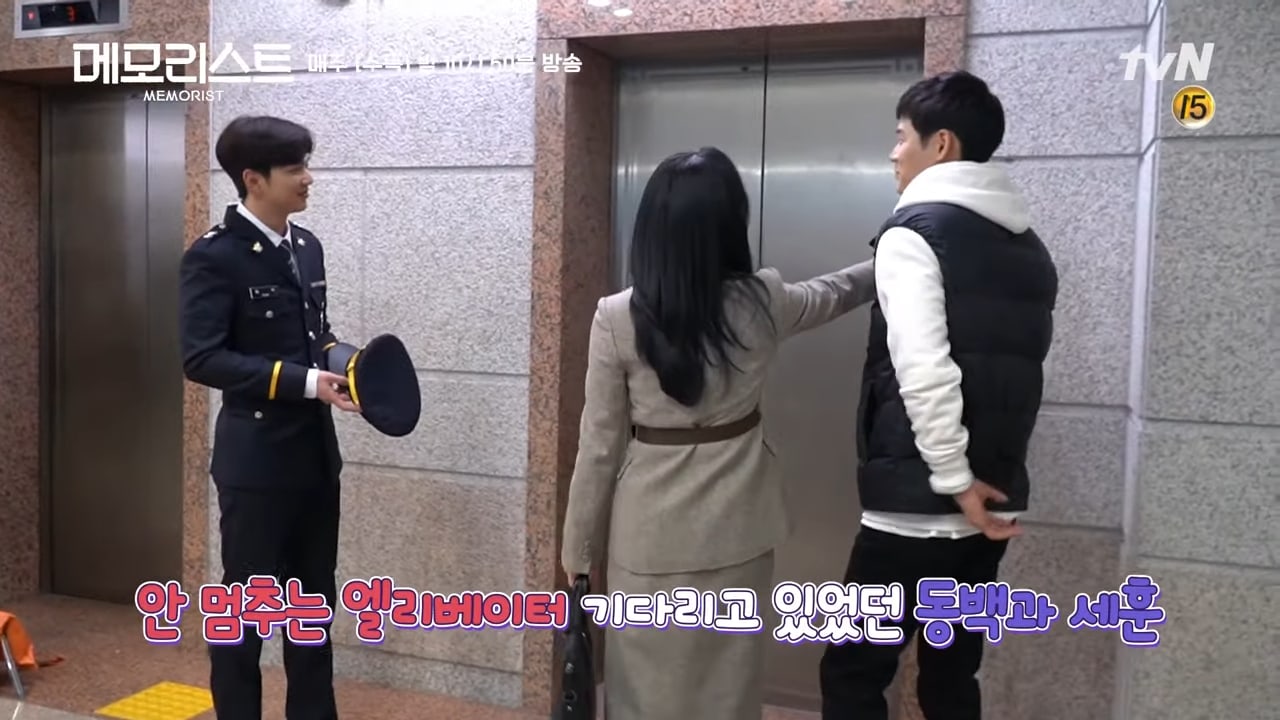 Check out the latest episode of “Memorist” on Viki!