tvN’s upcoming drama “A Piece of Your Mind” has unveiled a relationship chart that teases the complicated ties between the characters!

The upcoming tvN romance story is described as a free-spirited tale about unrequited love. The drama stars Jung Hae In as kind-hearted artificial intelligence (AI) programmer Moon Ha Won, who has spent years in a one-sided love, passively accepting his lonely fate. Chae Soo Bin stars opposite Jung Hae In as optimistic classical recording engineer Han Seo Woo. While watching Ha Won and his unrequited love, she finds herself drawn to him. 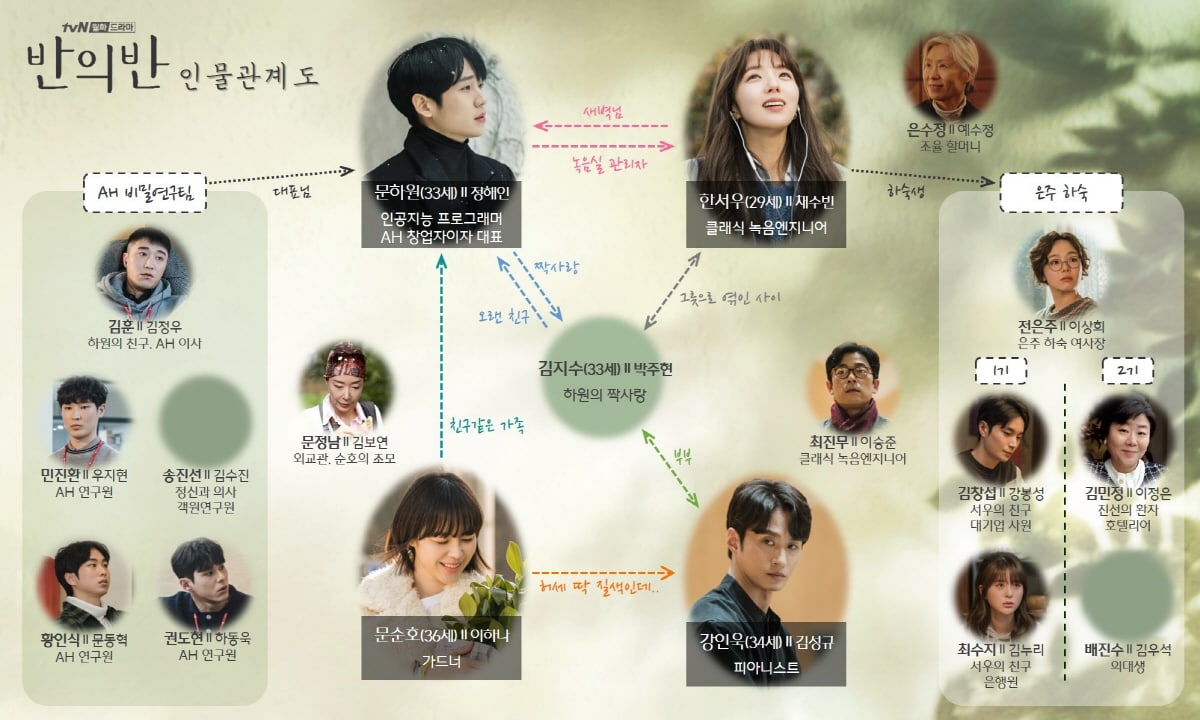 First off, Moon Ha Won and Han Seo Woo will be forming a love line with their unique story. They are both linked to Moon Ha Won’s first love Kim Ji Soo (Park Ju Hyun), which raises questions about the kind of romance they will play out.