A key point in the drama is the love-hate relationship between these two characters, who got off on the wrong foot but share a palpable chemistry. In one set of stills, Jung Geum Ja and Yoon Hee Jae are at an after-work drinking party together. They stare each other down across the table, ignoring everyone else’s discomfort, and Jung Geum Ja defiantly drinks soju while Yoon Hee Jae prefers an elegant glass of wine. 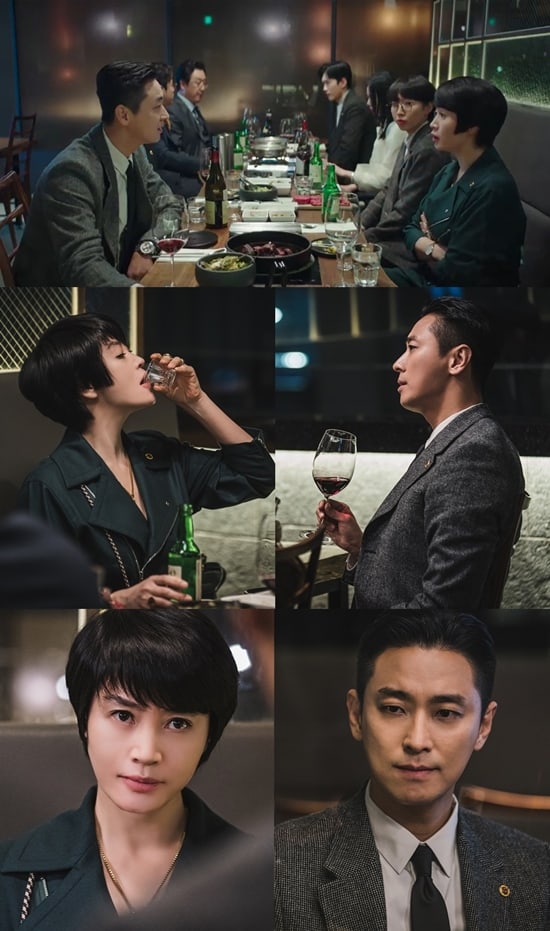 But in another set of stills, the atmosphere turns warmer and more mysterious as the two share a glass of whisky together. Unlike Jung Geum Ja’s usual confident demeanor, she looks sad and downcast. Yoon Hee Jae, instead of being antagonistic, looks at her with real concern.