On the latest episode of “Running Man,” Jo Byeong Gyu shared why he’s been avoiding Kim Jong Kook at the gym!

Jo Byeong Gyu and Im Soo Hyang appeared together as guests on the March 15 broadcast of the SBS variety show, during which Kim Jong Kook mentioned that he went to the same gym as the actor.

Yoo Jae Suk then brought up the fact that Jo Byeong Gyu had played soccer in middle school, which piqued Kim Jong Kook’s interest. The singer asked, “Did you really? Until when did you play?” Jo Byeong Gyu replied, “Until the end of middle school.”

An amused Yoo Jae Suk observed, “Jong Kook is trying to scout him for his [celebrity soccer] team,” and Jo Byeong Gyu interjected with a laugh, “I’ve heard so much about Kim Jong Kook’s soccer team. People around me keep saying, ‘If you join Jong Kook’s team, you’ll die.'”

Jo Byeong Gyu jokingly continued, “To be honest, since we go to the same gym, I was worried that if we ran into each other, he’d ask me to join his soccer team. So I’ve been avoiding him a little.” 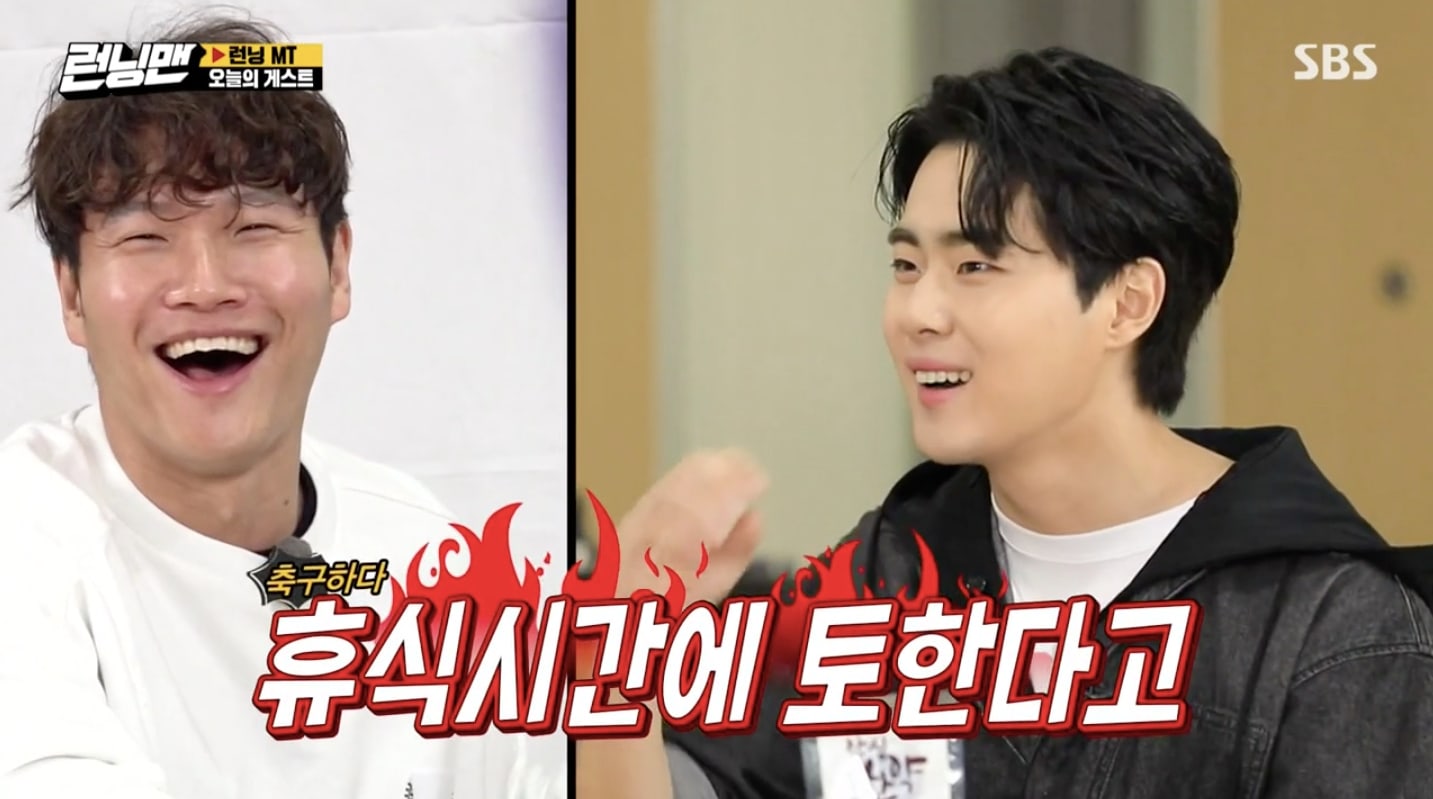 Yoo Jae Suk asked what else he’d heard people say about Kim Jong Kook’s soccer team, and Jo Byeong Gyu replied, “I heard that if you play on his soccer team, [it’s so exhausting] that you throw up during breaks. So they said that you should go to practice on an empty stomach.”

Kim Jong Kook admitted with a laugh, “If I see members of my soccer team resting during breaks, I immediately get up and tell them, ‘If you’re going to chat like this, go to a cafe to do it. Just go home.'” 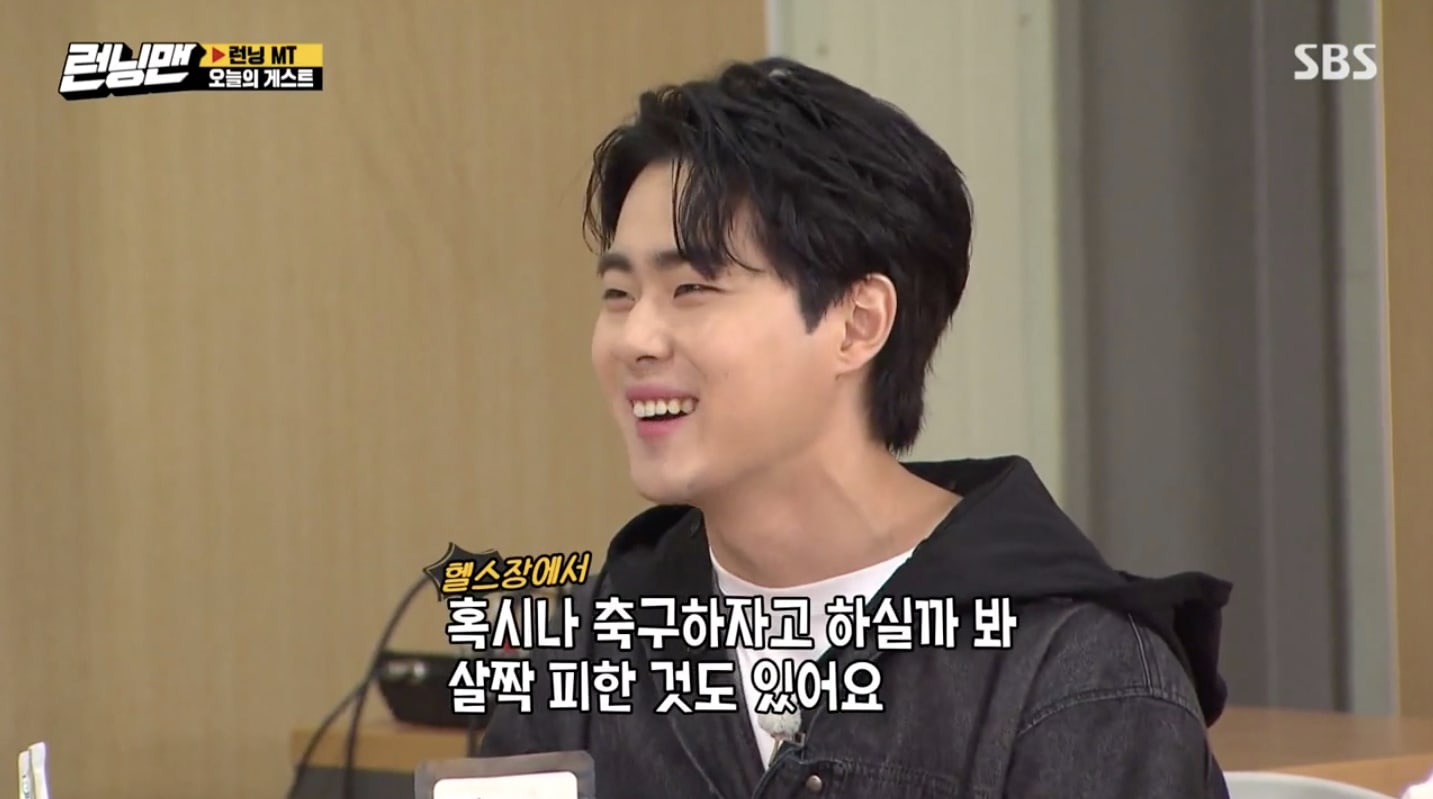 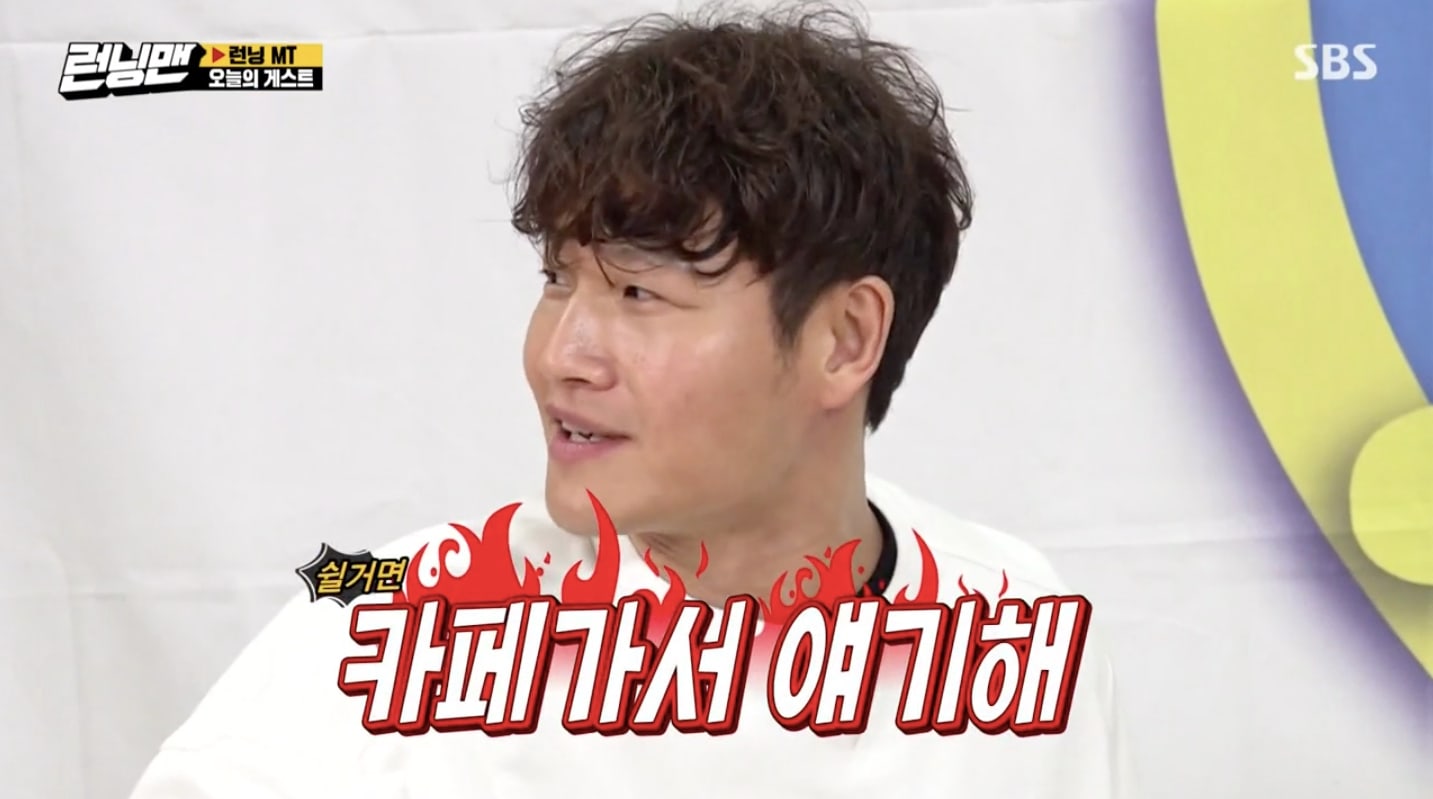