KBS 2TV’s upcoming drama “A Piece of Your Mind” has unveiled a sneak peek of a romantic moment between its two leads!

Described as a free-spirited tale about unrequited love, “A Piece of Your Mind” is a new romance drama starring Jung Hae In as Ha Won, a kind-hearted artificial intelligence (AI) programmer who has spent years in one-sided love and has resigned himself to his lonely fate. Chae Soo Bin will star in the drama as Han Seo Woo, an optimistic classical recording engineer who finds herself drawn to watching Ha Won and his one-sided love from afar.

On March 16, the upcoming drama released new stills of Ha Won and Seo Woo taking a walk together late at night. Ha Won wears a fond smile as he gazes affectionately at Seo Woo, while she looks back at him with a shy expression. The photos raise the question of why the two characters met up so late at night—and what exactly their relationship to one another is. 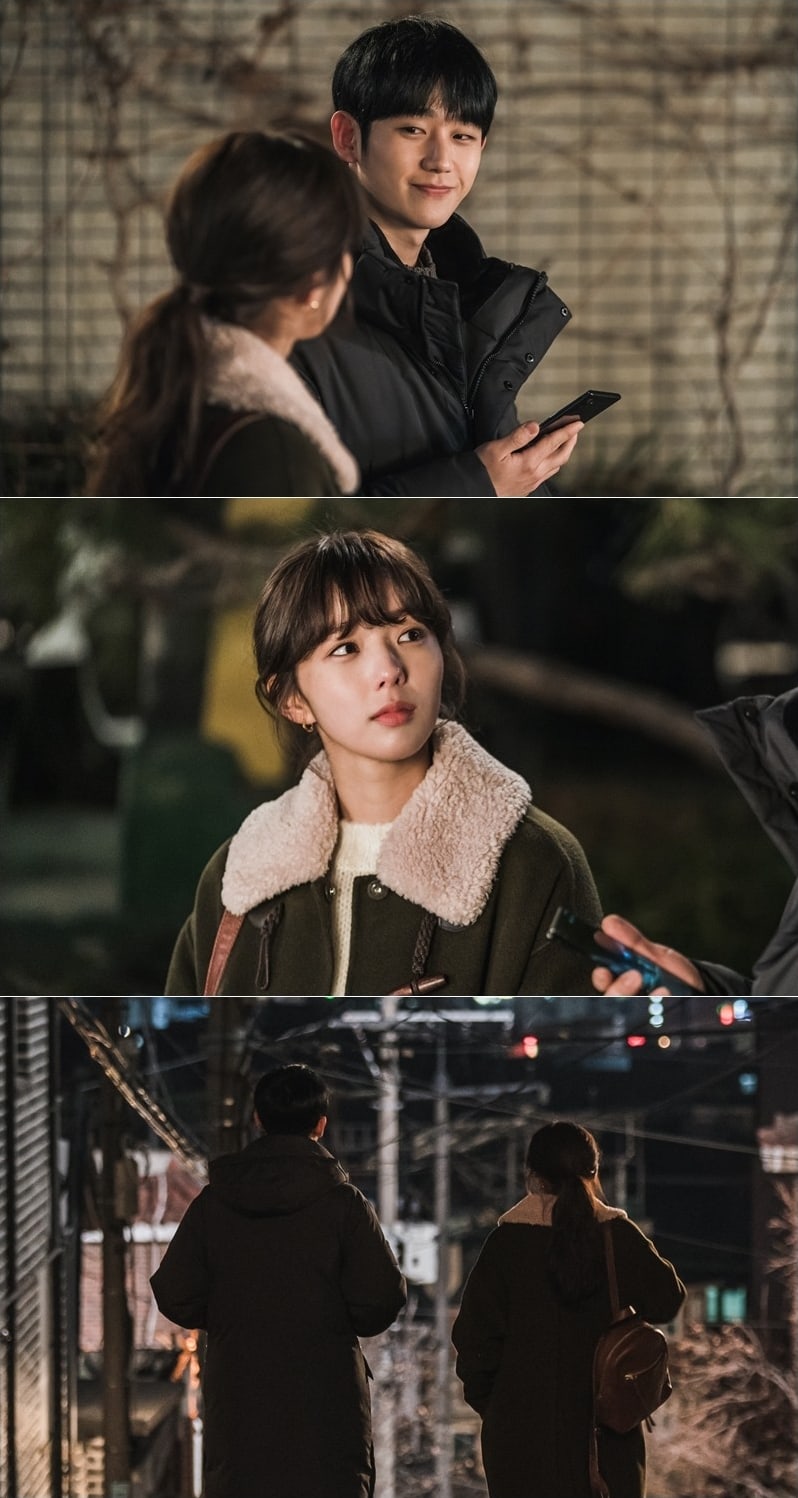