SF9’s Rowoon will be making a special appearance on MBC’s upcoming drama “Find Me in Your Memory”!

“Find Me in Your Memory” is a love story between two people with similar emotional scars whose memories work in opposite ways. Kim Dong Wook will star as Lee Jung Hoon, a news anchor with hyperthymesia (a condition that gives people the ability to remember an abnormally vast amount of their life experiences in vivid detail). Meanwhile, Moon Ga Young will play rising star Yeo Ha Jin, a famous actress who has forgotten some of the most important moments in her life as a psychological defense mechanism.

Rowoon will be making a cameo in the drama as a member of a top idol group. In the newly revealed stills, Rowoon is showcasing his stunning visuals in his all-black attire. Despite his natural look, he still looks stylish in the casual outfit and makes viewers’ hearts flutter with his gentle and sweet smile.

In the photos, Yeo Ha Jin is checking her surroundings from the car by using the side mirrors, hinting that she and Rowoon are meeting in secret—especially since she is also hiding her face with a mask. The two appear to be enjoying a drive together, making viewers curious about the relationship between trendsetter Yeo Ha Jin and top idol Rowoon. 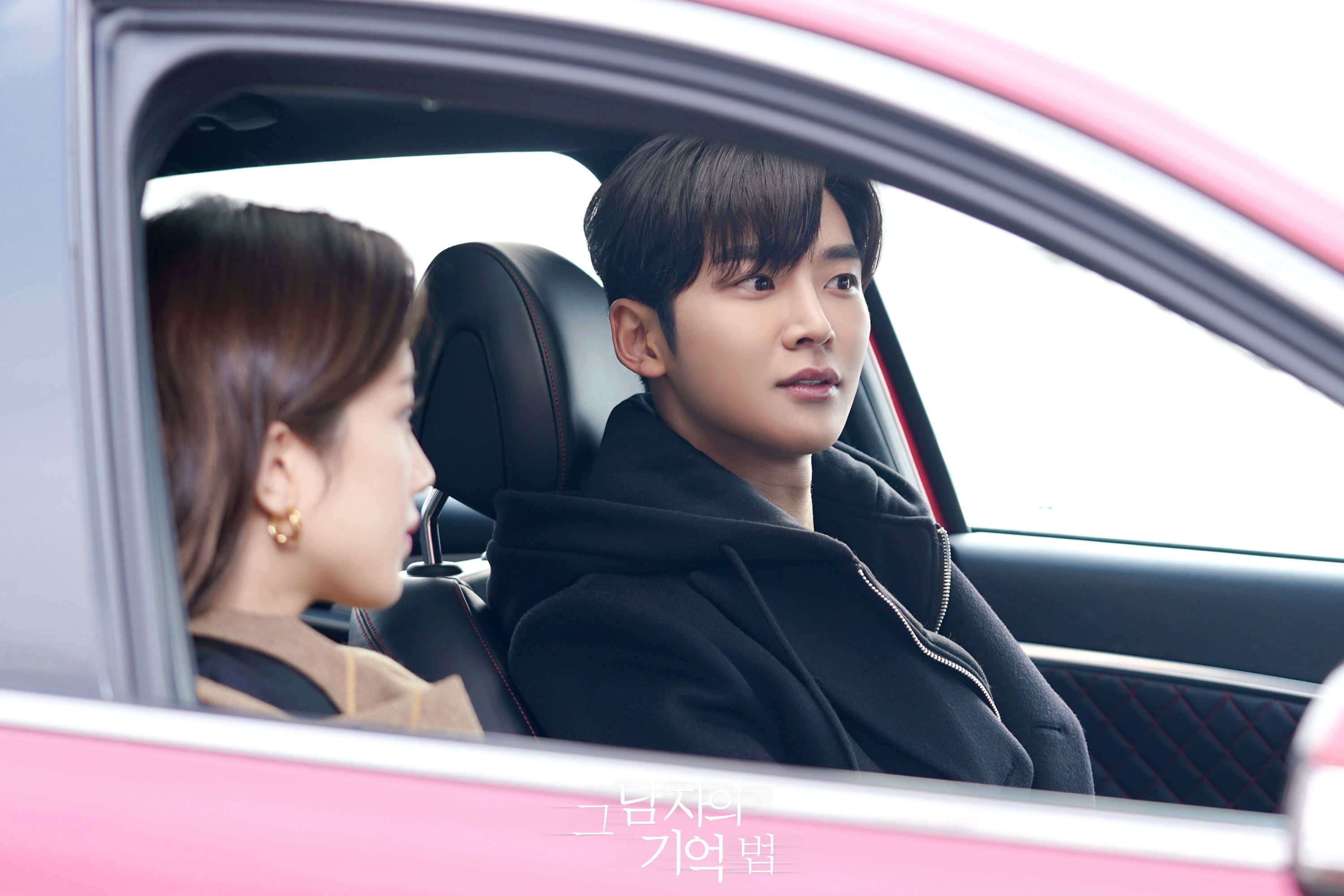 The production team shared, “We want to deliver our thanks to Rowoon for making a special appearance on ‘Find Me in Your Memory’ without hesitation. Rowoon’s existence alone brought warm smiles [to the people on set]. We created one of the best scenes that will make [viewers] smile the entire time they’re watching. Please look forward to the broadcast in which his extraordinary presence will be revealed.”

In the meantime, watch the latest teaser for the drama below!

Catch Rowoon in “Extraordinary You” below!

SF9
Moon Ga Young
Rowoon
Find Me in Your Memory
How does this article make you feel?