Kim Go Eun Is A Charismatic Detective Who Gets The Job Done In “The King: Eternal Monarch”

“The King: Eternal Moarch” is a fantasy romance that takes place across two parallel universes of Korea being an empire and a democratic country, following the story of emperor Lee Gon (Lee Min Ho) and detective Jung Tae Eul (Kim Go Eun) as they work together to avert a crisis. The drama is screenwriter Kim Eun Sook’s latest work and she and Kim Go Eun will be reuniting after working together on “Goblin.”

Kim Go Eun plays the role of Jung Tae Eul, who has wanted to join the police force ever since she was a little girl and is now in her sixth year as a detective. In school, she showed a greater affinity towards the liberal arts than the natural sciences, but with the dogged determination of aiming to memorize all of the math equations in the world, she was accepted to the police academy and became a detective.

The new stills show Kim Go Eun’s first day of filming as Jung Tae Eul, who goes undercover with her team to catch a criminal. Dressed in an eye-catching outfit, Jung Tae Eul walks confidently down the street and once she comes face-to-face with the criminal they’re looking for, she exudes charisma as she quickly apprehends him. 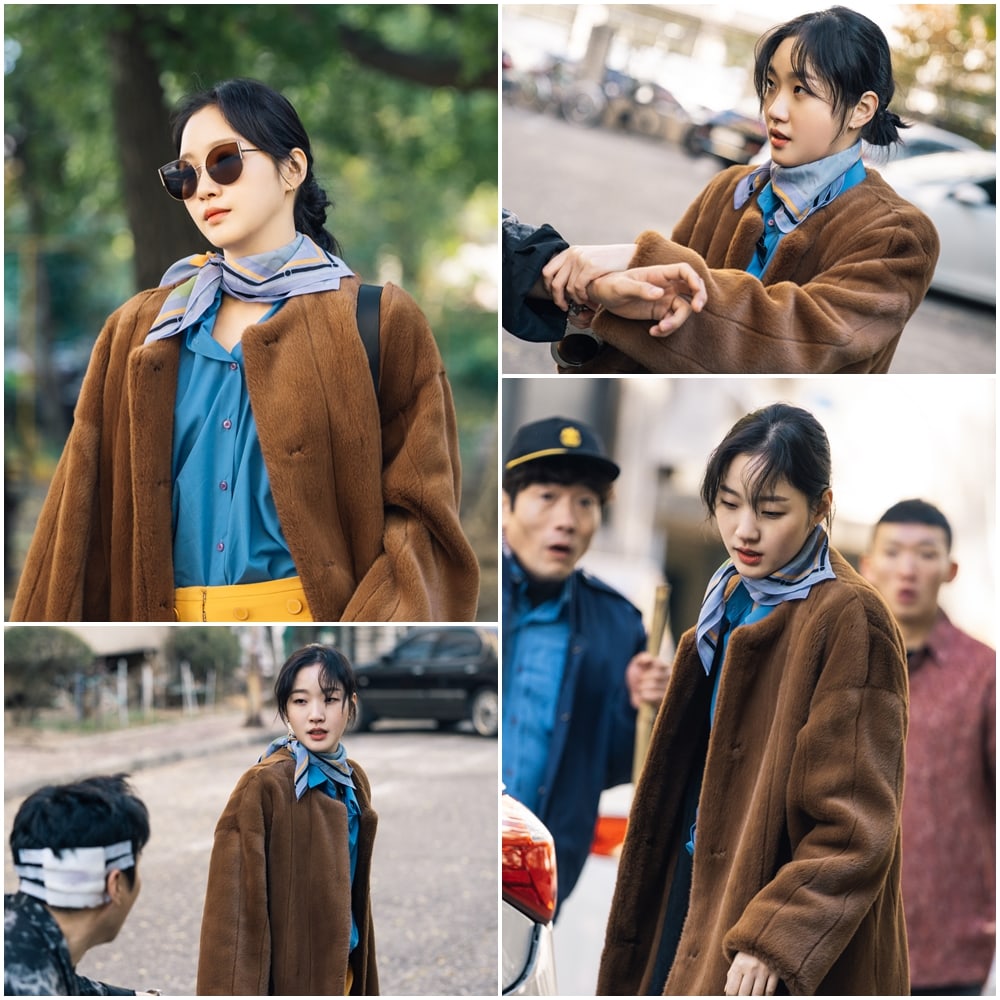 Kim Go Eun said, “I’m honored to be working with screenwriter Kim Eun Sook again on a new project. Though it is my first time working with Lee Min Ho, Woo Do Hwan, Kim Kyung Nam, and Jung Eun Chae, we are all having a fun time on set. I will work harder to put on a great performance for viewers, and I hope many people will anticipate our drama ‘The King: Eternal Monarch.'”

“The King: Eternal Monarch” will be the follow-up drama to “Hyena” and will premiere in April.