Lee Dong Gook is not only known for his soccer career but also his five children, with whom he appeared on KBS’s “The Return of Superman” from 2015 to 2019.

On “Human Documentary,” Lee Dong Gook started his day by training at home with his kids. Si An showed off his taekwondo skills while Seol Ah and Su Ah did some gymnastics. 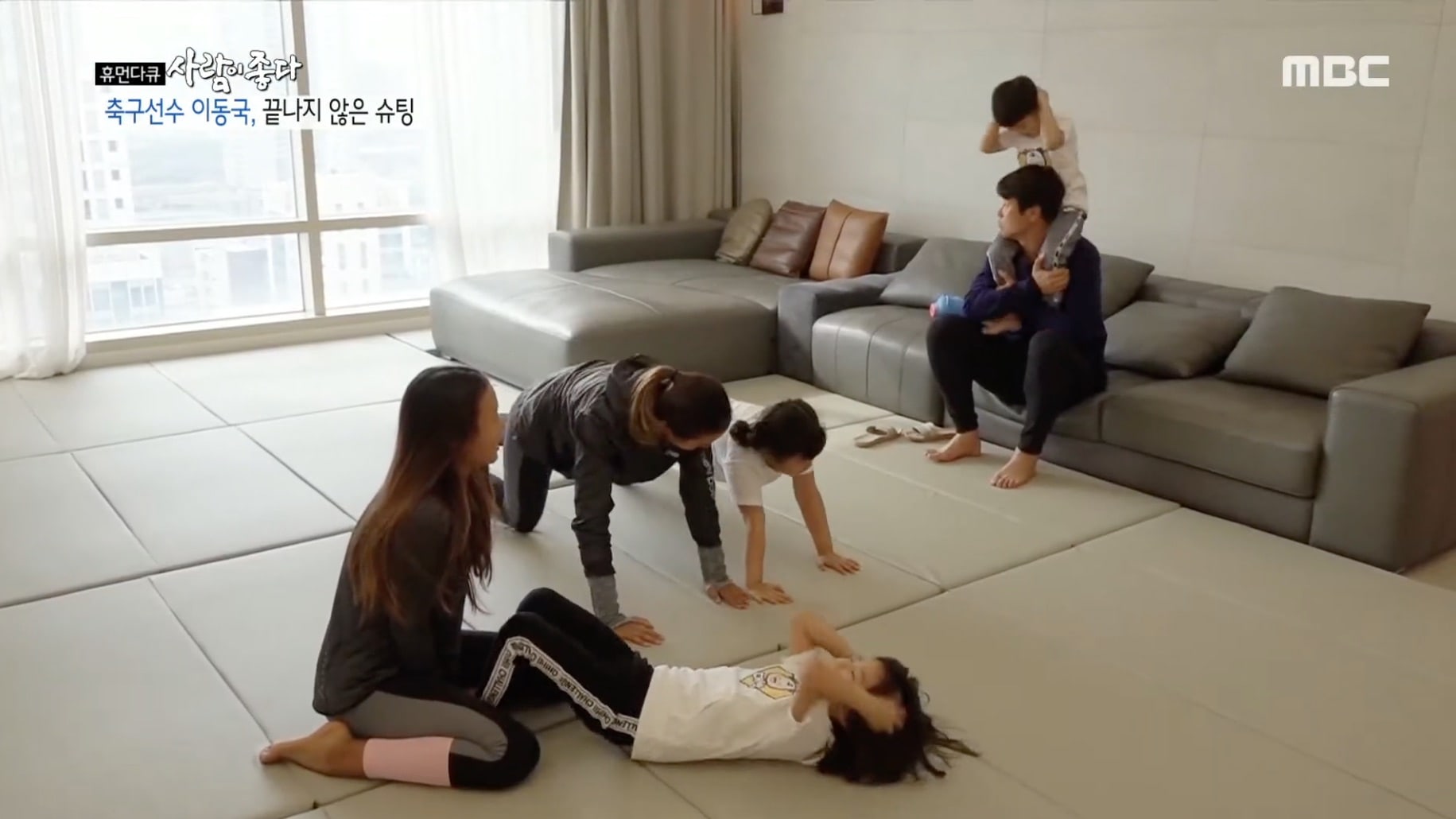 Lee Dong Gook said, “When you have five kids, if even one of them is missing, it feels empty. It gets a lot easier. It makes you think, ‘Ah, taking care of four kids must be really easy.’ If there’s three of them, it’s really quiet. It’s even fine when there’s four. I think that it’s hardest when it’s all five of them.”

The family moved to a mini soccer field, where the children showed they had inherited their father’s athletic talent and competitive mindset. When the game didn’t go as he wanted, Si An ended up bursting into tears. 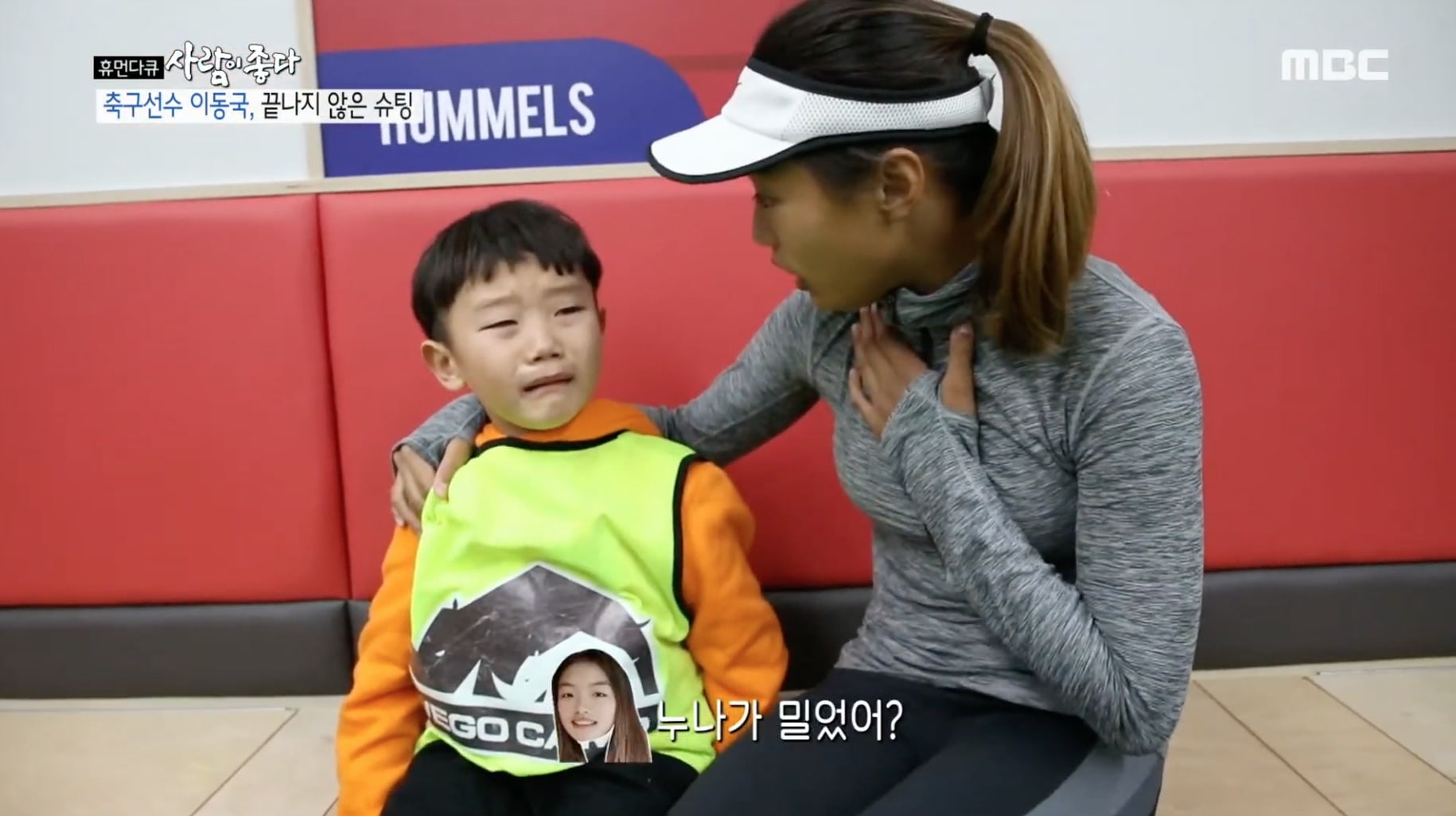 Lee Dong Gook said, “Now that the kids are older, it’s really fun to talk to them. They’re always on my side. When you play soccer, if your athletic performance isn’t very good, you can get criticized a lot. When I come home, though, my wife says, ‘It’s okay, you worked hard,’ and the kids say, ‘Dad, you worked hard,’ ‘You did well.’ It’s a source of strength to have someone tell you that at home.”

Because of field training, Lee Dong Gook spends half the year away from home. He said, “Because we’re separated so often, I worry that they won’t welcome me very much. Because I’ll only be back for a little while before leaving again.” 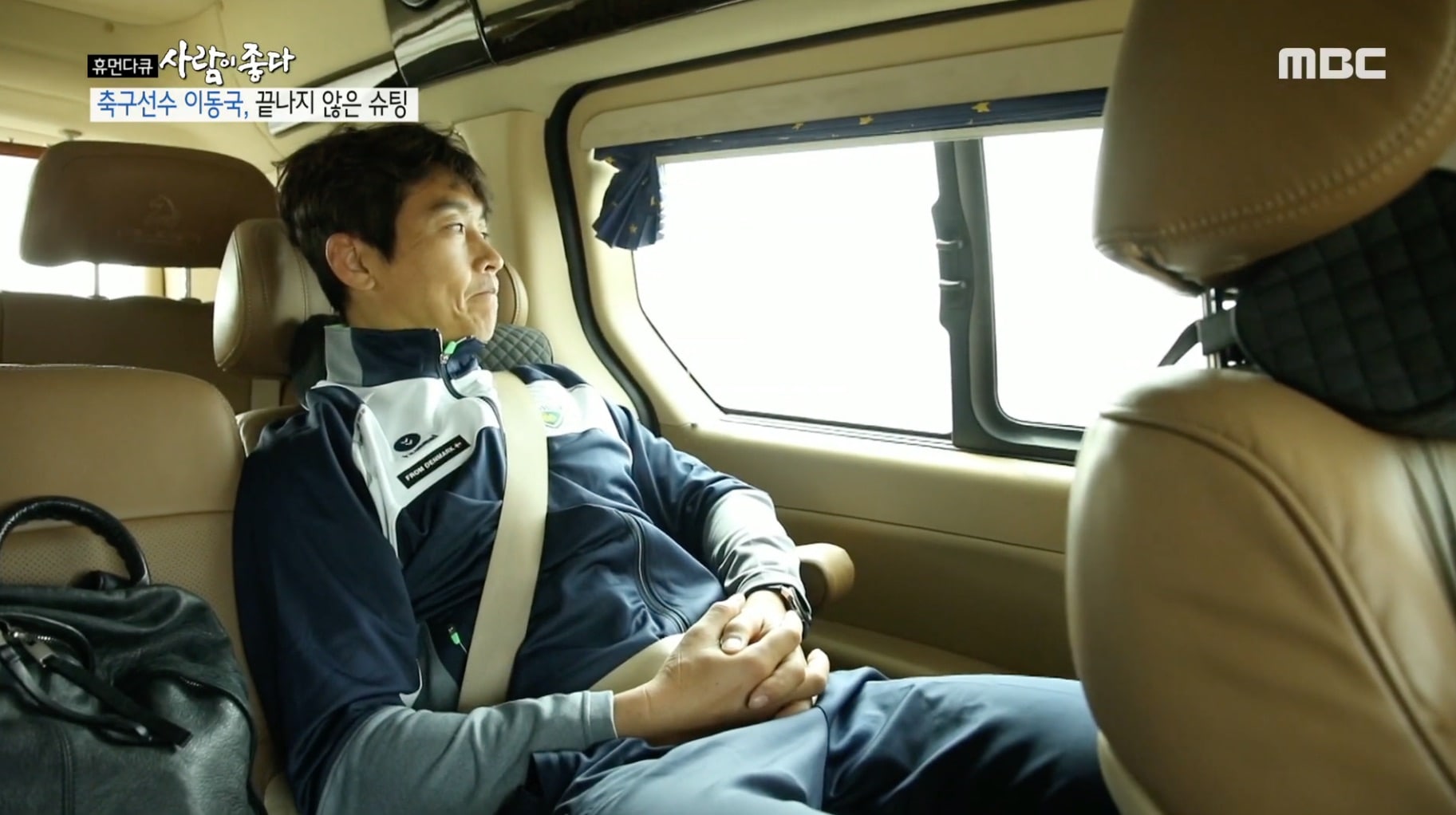 When he arrived back home in Incheon, the kids swarmed him at the door and Seol Ah and Su Ah told him they missed him. They shared stories of the time they spent apart and at the end, the kids sang him the popular Korean children’s song about cheering up tired fathers.

Je Ah, the second-eldest twin and a tennis player, said that she used to hate it when her father watched her matches. “I wouldn’t do as well,” she said. “My body would get heavy and I’d get really nervous. He would have to hide while watching. I wanted to show him that I’d improved, so I’d get nervous and wouldn’t do as well. But now it’s okay.” In a later interview, she said, “I want to be like him. I like that he doesn’t give up.” 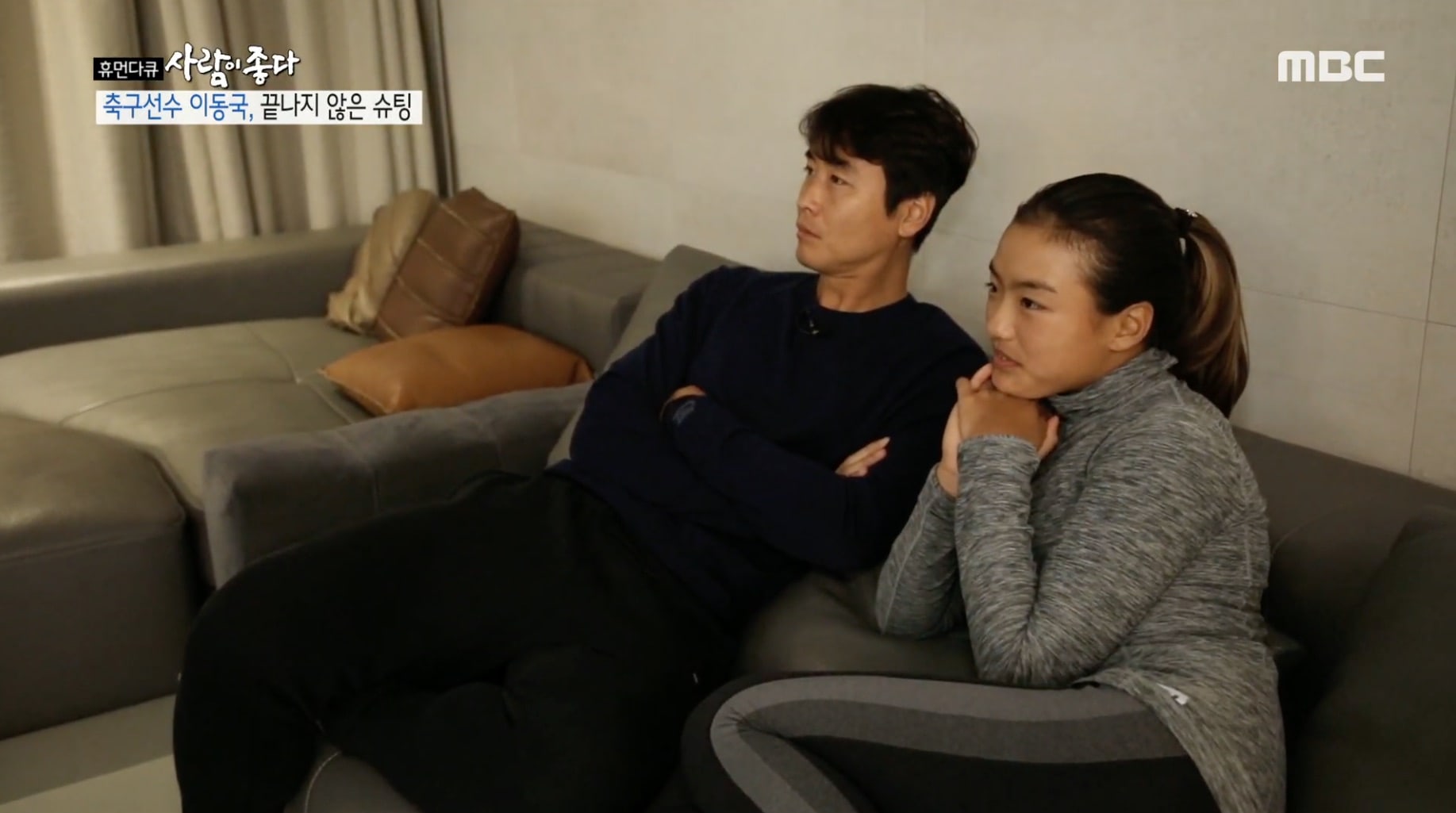 Human Documentary
Lee Dong Gook
How does this article make you feel?