The simple, but touching story of “I’ll Go To You When The Weather Is Nice” continues on as this past week’s newest episodes brought on so much joy and healing. Especially seeing Im Eun Seob (Seo Kang Joon) subtly show his love to Mok Hae Won (Park Min Young) was enough to get us through these days of seclusion and distancing. Here are six times when we got some serious butterflies while watching episodes 5 and 6!

1. When Eun Seob daydreams about dancing with Hae Won 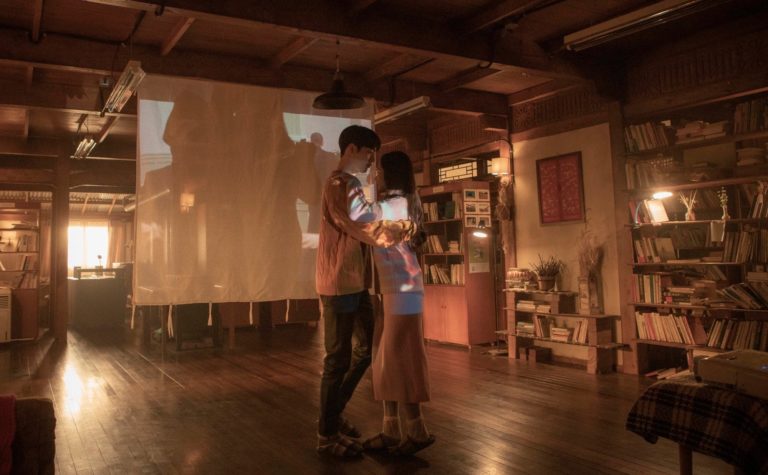 Eun Seob and Hae Won both have a day that isn’t the greatest, so Eun Seob suggests that they do something that will make themselves feel a bit better. So what does he do? He sets up a movie in the bookstore and they dim the lights and watch the movie. While he’s watching the movie with Hae Won, he daydreams about waltzing around the store with her.

This has got to be one of the most romantic moments in the drama so far. Eun Seob’s love is so kind and sweet. He just wants to be with her so badly! It was a romantic moment, but it was also super cute. I’m looking forward to more moments like this!

Oh Young Woo (Kim Young Dae) confessing that he still has feelings for Hae Won is what fantasy confessions are made of.

Ugh. When Oh Young Woo coolly passes Hae Won his phone number on a piece of paper and admits that he still has feelings for her, it is almost sweet enough to outshine Eun Seob’s character – almost. But seriously, how calm, cool, and handsome is this new cast addition?!

3. When Seo Kang Joon walks Park Min Young back to her place

When Hae Won’s house gets renovated and fixed, she no longer has a reason to stay at Eun Seob’s house. He’s obviously really sad about it, but when Hae Won starts walking back to her house, Eun Seob flashes his flashlight onto her tracks so that she can see. This is the second time he does this and it’s totally worth mentioning because it’s the sweetest thing ever.

The smile on Hae Won’s face when she sees the light from Eun Seob’s flashlight on her feet is so genuine. It’s such a simple act but so beautiful in that Eun Seob has become like a ray of sunshine in her dark and depressing life. It’s truly a touching moment that would have anyone going gaga over Seo Kang Joon! His love is just so genuine. Can’t. Even. Handle. The feels!

Right before the high school reunion, Hae Won gets all dressed up and ready to go when she walks outside to see Young Woo waiting outside.

This was a moment we weren’t really expecting. I was almost expecting Eun Seob to be waiting for her outside, but instead it was Young Woo, which you can’t really complain about because, look at him!

5. Young Woo sitting down with Hae Won to eat lunch

Hae Won was a loner at school because of the rumors that surrounded her, but despite this, Young Woo had feelings for her. So in this scene, when he sees her sitting by herself in the cafeteria at lunch time, he sits right in front of her.

This was probably my favorite scene in both episodes. Why is Young Woo so cool? Without caring what other people think, he sits in front of her and plays music, declaring that he doesn’t care about the rumors. Because of this, Hae Won is no longer a loner and people want to befriend her. Hae Won admits that he basically saved her life back in high school.

Can we also talk about the way Young Woo looks at Hae Won? 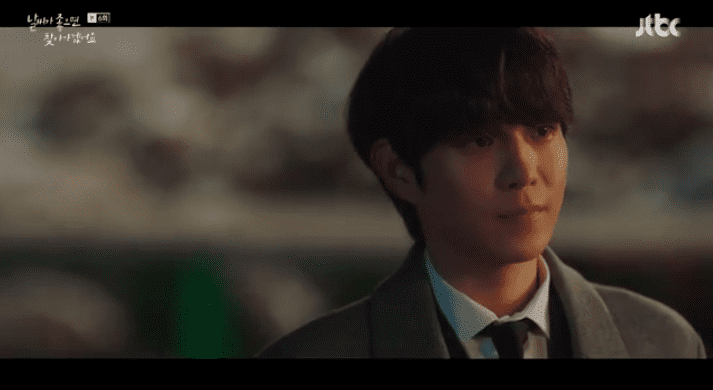 Can I be Park Min Young?

When the lights go out at the high school reunion, Hae Won confesses her feelings to Eun Seob. After being with Young Woo for the entire night and hearing Young Woo confess his feelings to her, Hae Won realizes that her heart is with Eun Seob.

The moment has finally come and I’m so glad it was Hae Won that confessed her feelings to Eun Seob first. It was nice that it didn’t take several episodes for her to realize her feelings for him. It really just took a moment of realizing how empty she felt without him. Eun Seob is just so perfect for her and this moment was one of the sweetest in the series so far!

If you haven’t already, catch the latest episode of “I’ll Go To You When The Weather Is Nice”:

Park Min Young
Soompi Spotlight
Seo Kang Joon
Kim Young Dae
I'll Go to You When the Weather Is Nice
How does this article make you feel?