There are only four more episodes of “Forest” left!

With the truth unfolding gradually, viewers are curious about the approaching ending.

The drama has presented three main points to keep an eye out for as the drama comes to a close:

The mutual attraction between Kang San Hyuk (Park Hae Jin) and Jung Young Jae (Jo Bo Ah) became built up over time as they interacted more and more. Moreover, they became closer as they lived under the same roof. The two characters became lovers, and they spent happy days encouraging each other about their own trauma, but in the end, they broke up. The attention is on the final development of whether they will be able to reunite again and achieve a happy ending. 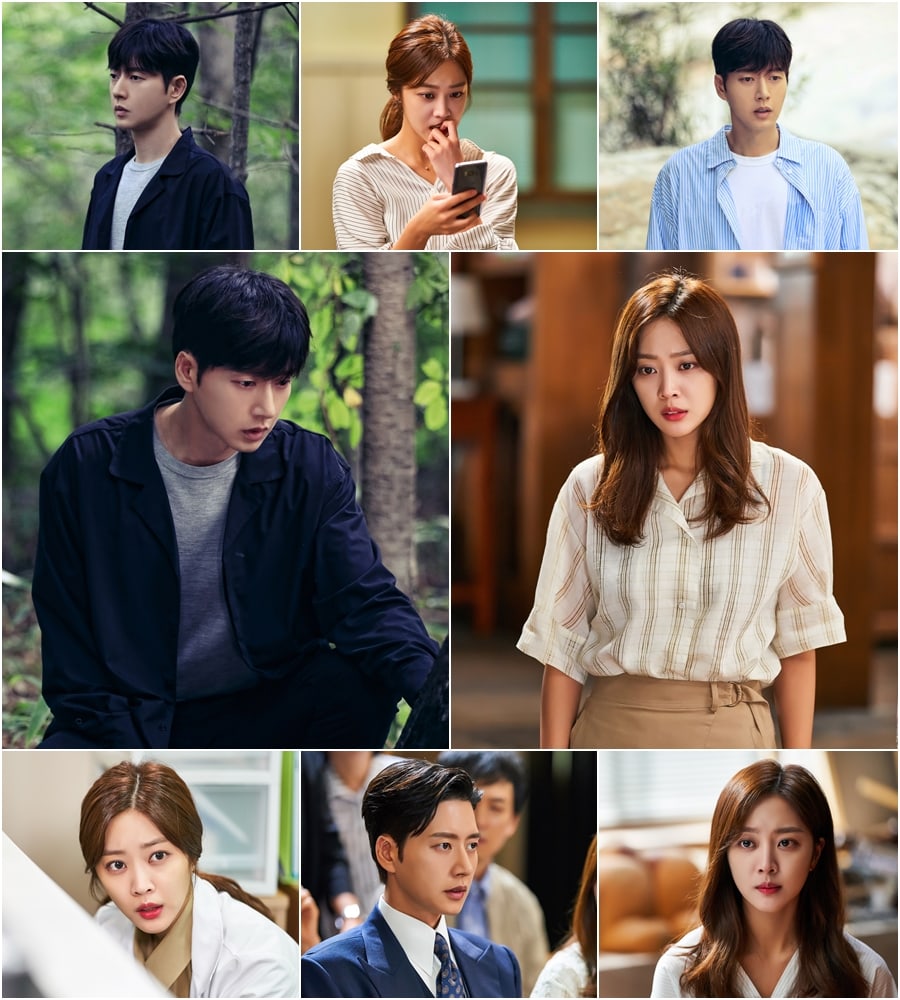 Kang San Hyuk is an M&A (mergers and acquisitions) expert who was employed under the guise of a special rescue team in order to complete a transfer, which depends on the success or failure of the Miryung Forest Project. However, he started to find bits and pieces of his forgotten childhood memories in the town of Miryung. In particular, he spotted his grandmother’s name on a wall, and after being sent to a rescue mission, he recalled setting fire to the forest.

Kang San Hyuk acted as if all of his memories had come back to find out the truth of the forest fire from 25 years ago from Choi Jung Mok (Lee Do Kyung). When he was hit in the head by Choi Jung Mok, he clearly recalled memories of his younger sister. Viewers are looking forward to how he will avenge his younger sister’s death.

Due to a family suicide incident she suffered in her childhood, Jung Young Jae experiences panic disorder in tense situations and even has trauma about water. Kang San Hyuk took her to the stream so she could adapt to water, and she started to make an effort to overcome her trauma. Even after the breakup, Jung Young Jae was seen attempting to conquer her fear of water. Will she be able to overcome her trauma in the end?

The production crew commented, “Please tune into ‘Forest,’ which will continue to feature a reversal of events you won’t be able to take your eyes off of.”