“Find Me in Your Memory” will be a love story between Lee Jung Hoon (Kim Dong Wook) a news anchor with hyperthymesia (a condition that gives people the ability to remember an abnormally vast amount of their life experiences in vivid detail) and Yeo Ha Jin (Moon Ga Young), a rising actress who has forgotten some of the most important moments in her life as a psychological defense mechanism.

Concerning his new role, Kim Dong Wook said, “Hyperthymesia is not something that has never been addressed. However, this drama is a different because instead of just showing that person’s pain and suffering, it will show how he meets a person who has the opposite pain and how they overcome each of their problems.”

When asked about the challenge of portraying an anchor, the actor admitted, “It really wasn’t easy. I didn’t know [how hard it was] when I watched the news because they were speaking so comfortably, but it was really different when I tried to do it myself.” 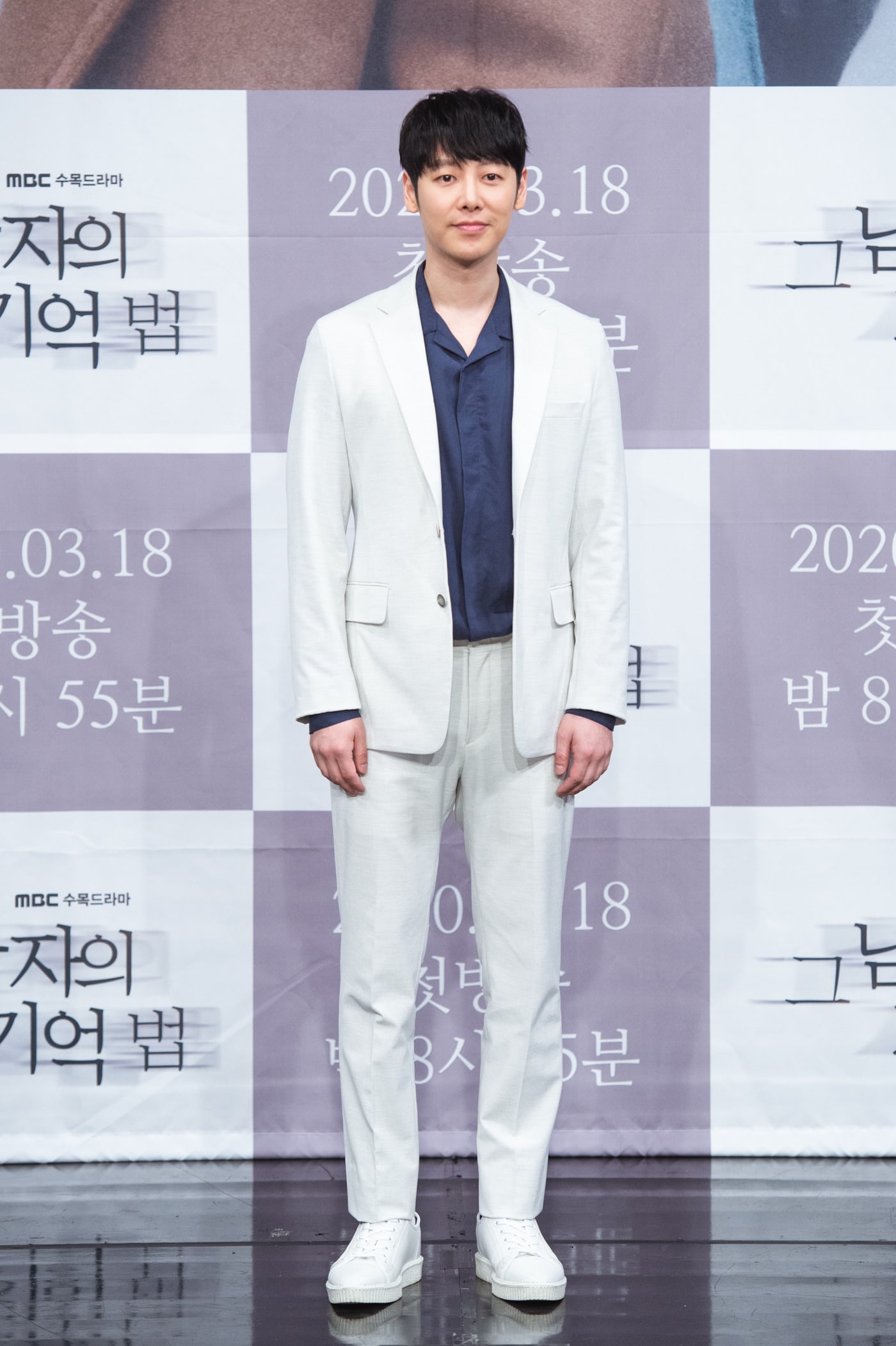 Regarding her character, Moon Ga Young said, “I wanted to ask the people here if there’s anything similar between Yeo Ha Jin and me. We have the same job, and [that allows us to] show our many sides, so I tried to show my different sides through my fashion style and makeup as well.” She was asked if she had a strategy for becoming a “queen of romantic comedies,” and she responded, “Rather than having a strategy, I want to show myself as I am at my current age. From now on, I will do my best so that my name itself becomes my strategy.” 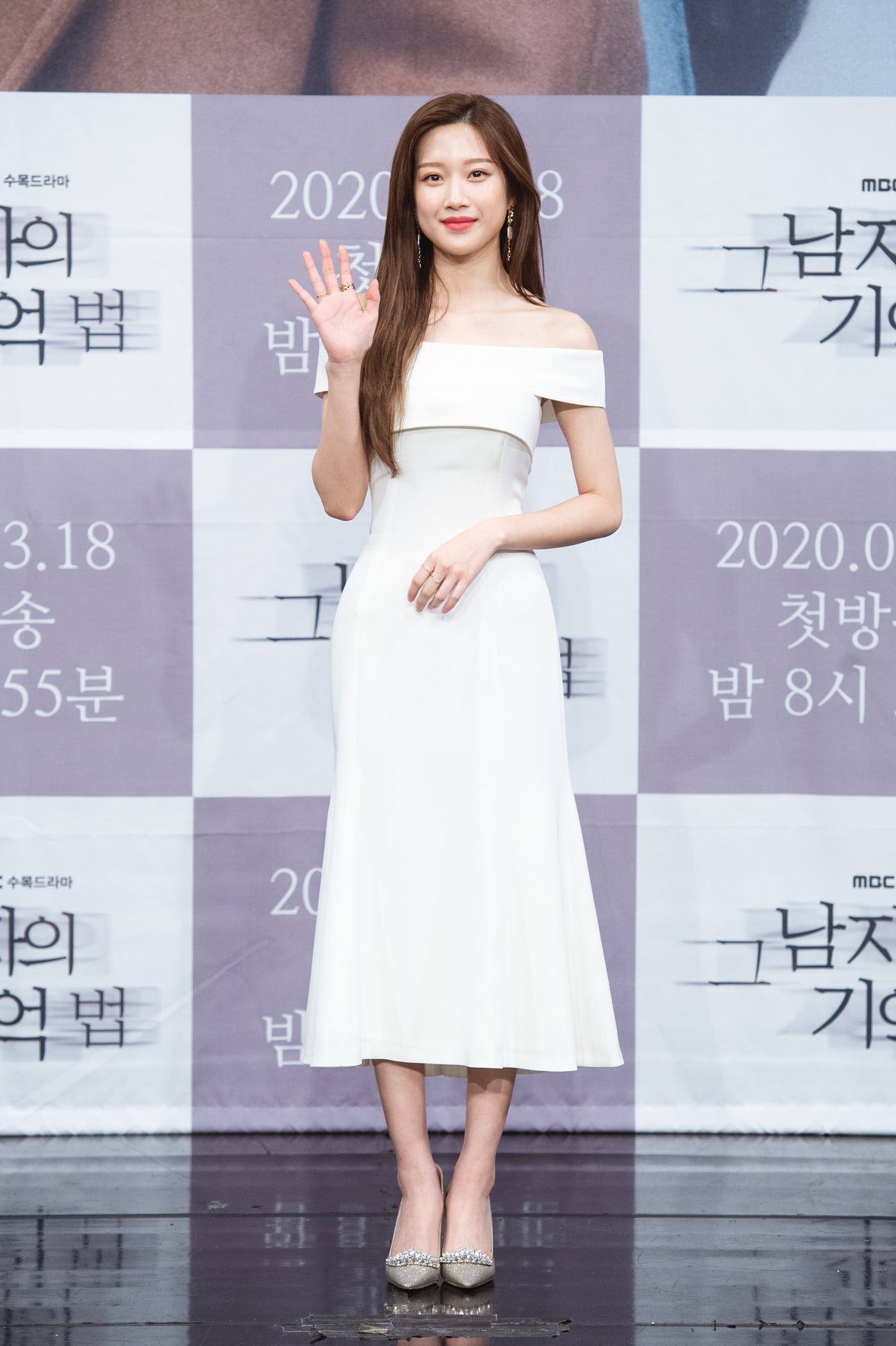 Regarding their 13-year age gap, Moon Ga Young commented, “First off, [Kim Dong Wook] was very reliable. I don’t know how he feels, but I didn’t feel the age gap between us.” To that, he replied, “I’m immature.”

Moon Ga Young continued, “At first, oppa was calm and shy, so I wondered how to get close to him, but he is actually playful. I’m having a lot of fun [filming] right now.” She added, “There were no bloopers when we shot the kiss scene because we had to shoot it very quickly. We filmed it in one try.” Lee Dong Wook then unintentionally gave a spoiler, revealing that he also filmed a kiss scene with Lee Joo Bin. 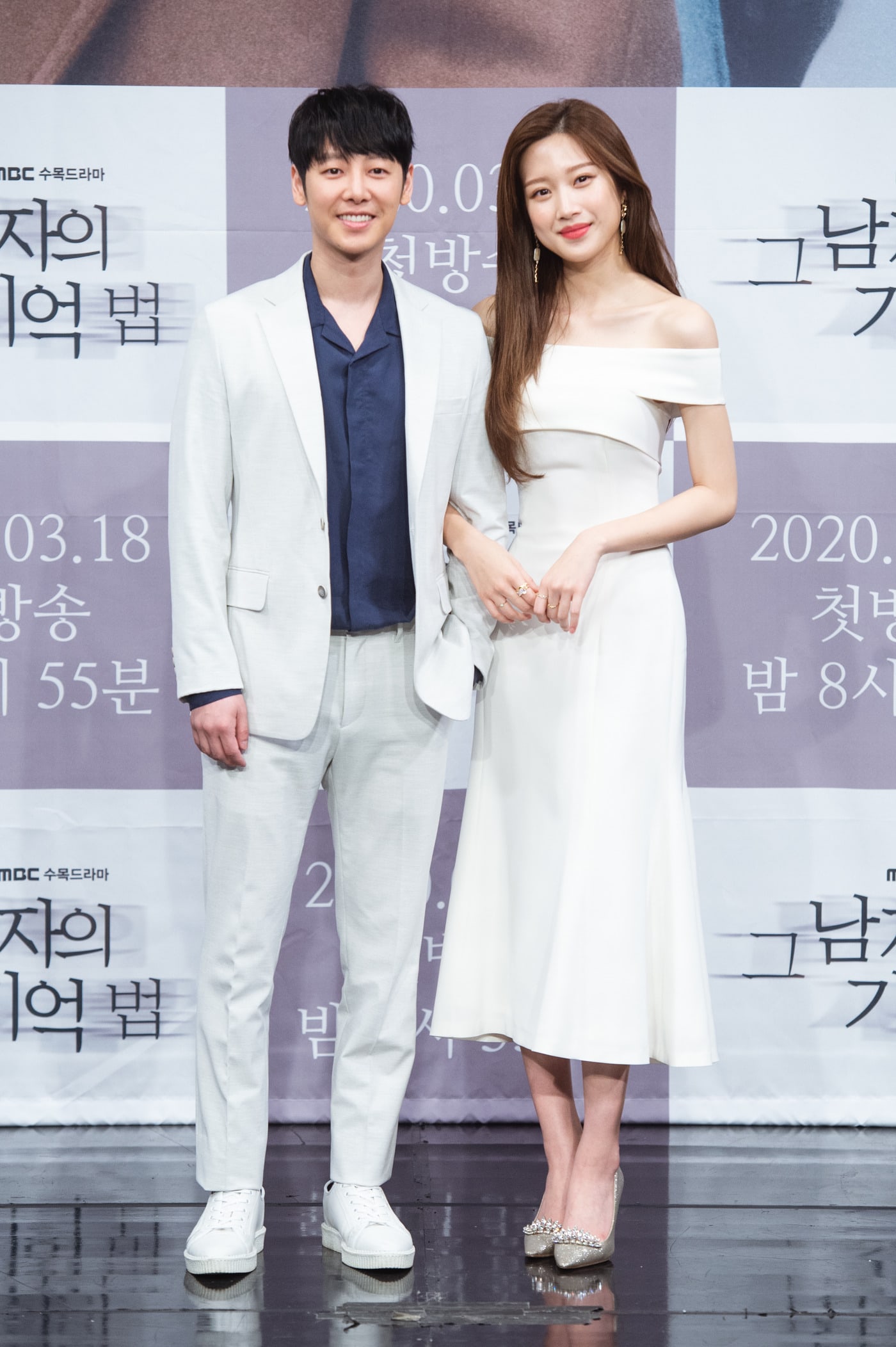 Yoon Jong Hoon, who previously worked with Kim Dong Wook in “Riders: Catch Tomorrow,” shared about Kim Dong Wook, “He’s one of the few people I trust and like in my career. I had fun filming [with him] back then, but I think I’m enjoying it even more this time.”

Kim Seul Gi, who plays Moon Ga Young’s sister in the drama, said, “I really adore Moon Ga Young. She’s so cute. Even in real life, we say that we’re sisters a lot. Since we have great chemistry and are having fun filming, I’m looking forward [to how the drama turns out].”

Lee Joo Bin takes the role of a ballerina in the drama, and Kim Dong Wook praised her for being able to pull off high-level techniques. The actress replied, “I heard that there would be a ballet performance scene, so I wanted to do my best, but as the filming date got pushed back, I became more ambitious. Although I’m not able to pull it off perfectly, I wanted to do it as best as I could.” 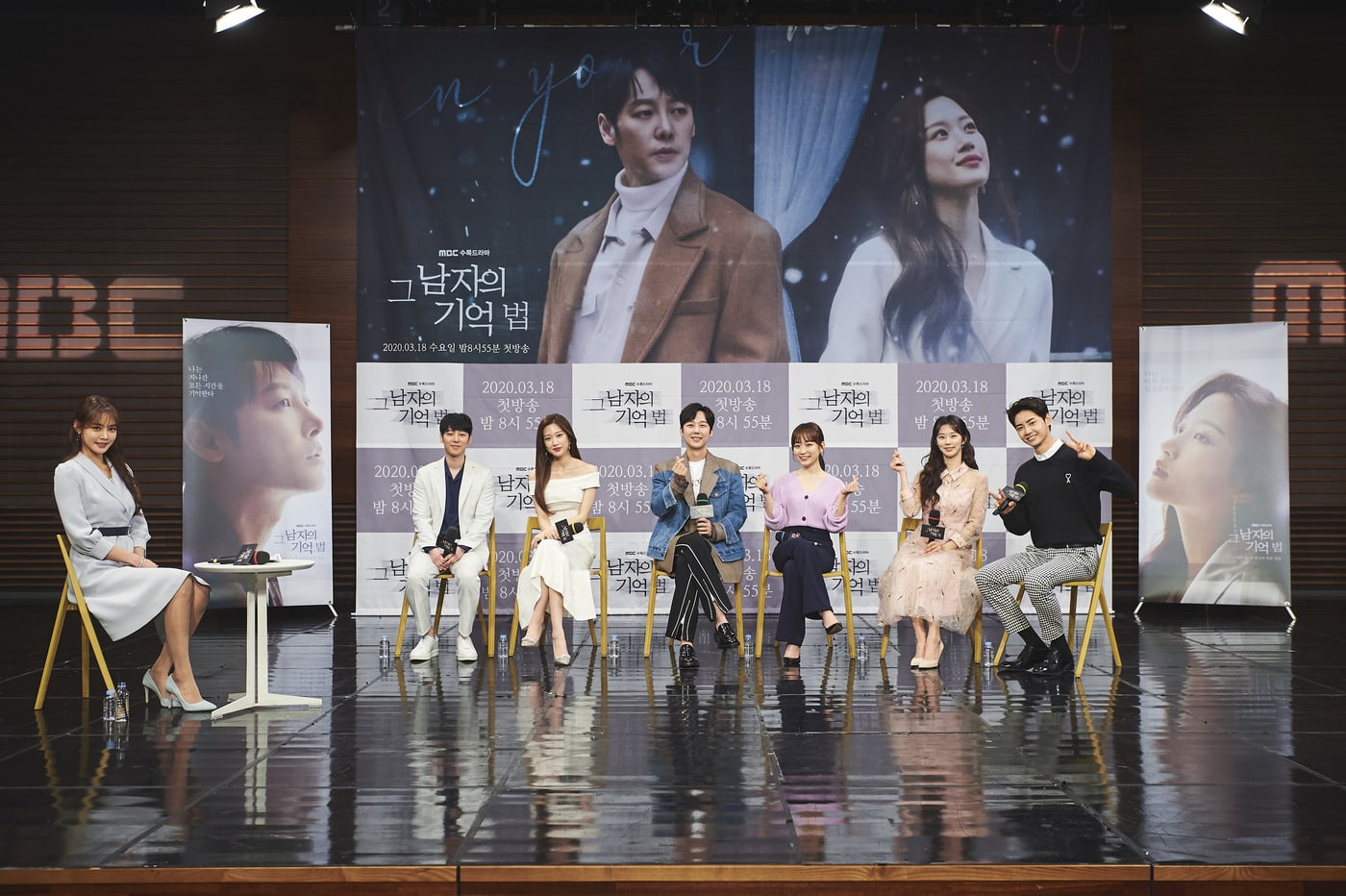 “Find Me in Your Memory” is Lee Jin Hyuk’s first drama, and he revealed, “I was very nervous because it was my first time filming inside a news studio. But with my senior actors’ guidance, I was able to do it well without feeling nervous. Kim Dong Wook gave me advice even before I could ask him. He told me to be myself and be comfortable. This is my first drama, so his words were very helpful. I was so nervous that I couldn’t even show what I had prepared, but he kept drawing out of me [the things I had prepared].” 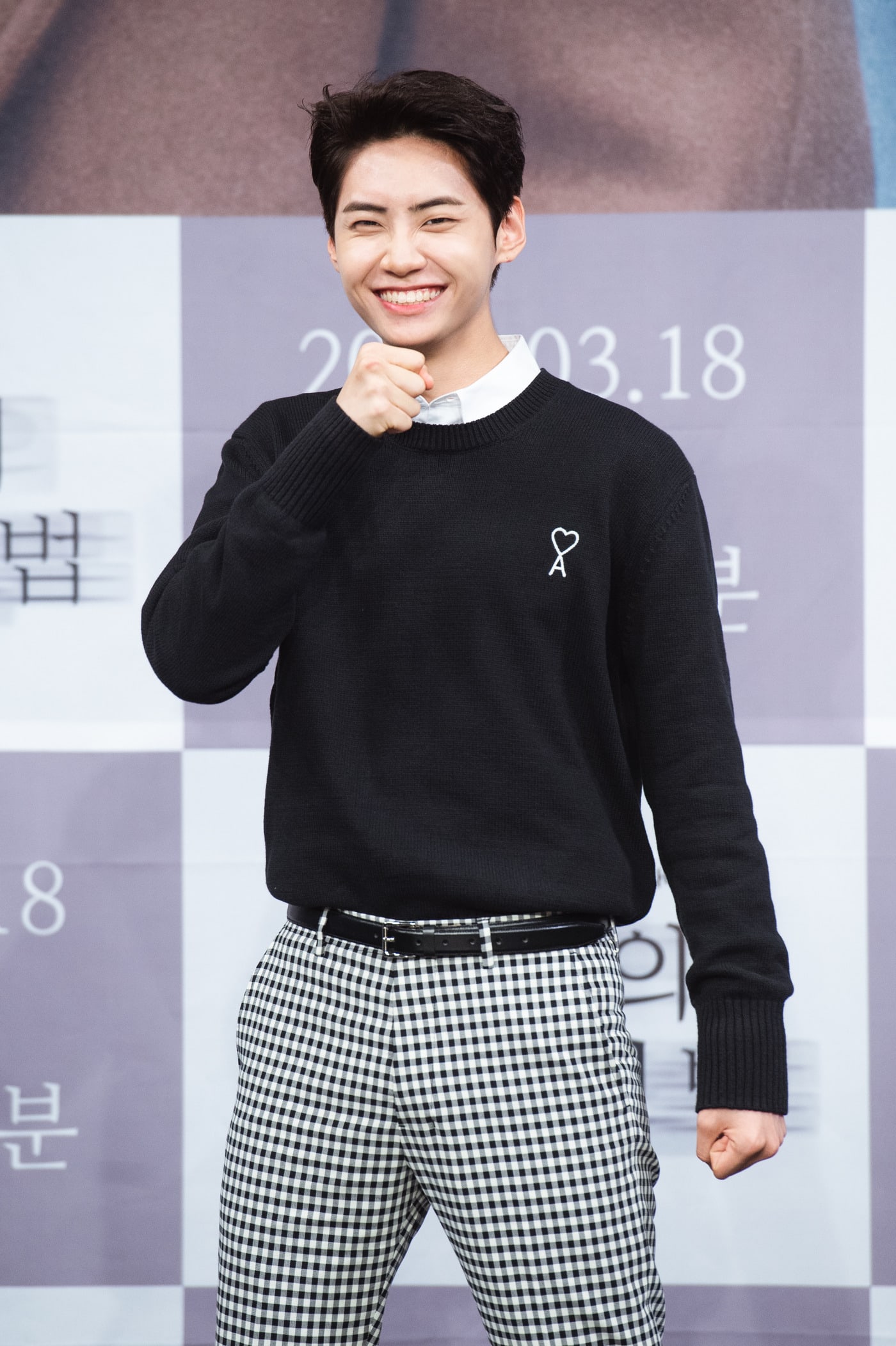 Lastly, the cast shared key points to look forward to. Moon Ga Young hinted that viewers should prepare to watch it with beer, while Lee Jin Hyuk said that the romance in this drama is unique and that it would be best to watch while eating chicken. Kim Dong Wook shared, “It is a romance drama, but the development is much faster than you might think. For those of you who have been waiting for the drama or wondering what kind of drama it is, 60 minutes can pass quickly, so it may be too short for you to specially prepare something [to eat] while watching it.”