The drama is based on a popular webtoon of the same name, which is rated 10 out of 10 stars on Daum and won the Excellence Award at the 2017 Korea Comic Awards. The story centers around a mysterious pojangmacha (outdoor drinking establishment) run by a prickly woman and innocent part-timer as they go around visiting customers in their dreams to help resolve their problems.

In the new poster, an orange pojangmacha with a green striped roof sits in the middle of a twinkling city. The sign in front announces the opening day as May 20. The flap of the tent is slightly open, as if inviting guests inside to check out the mysterious interior.

This particular pojangmacha will be like an oasis for people who are exhausted with their lives. Not only that, but the name Ssang Gap Pocha is meaningful itself. The name means that “both you and I are superiors.” In a world where people are pressed down by power dynamics, Ssang Gap Pocha will help find solutions to their problems. 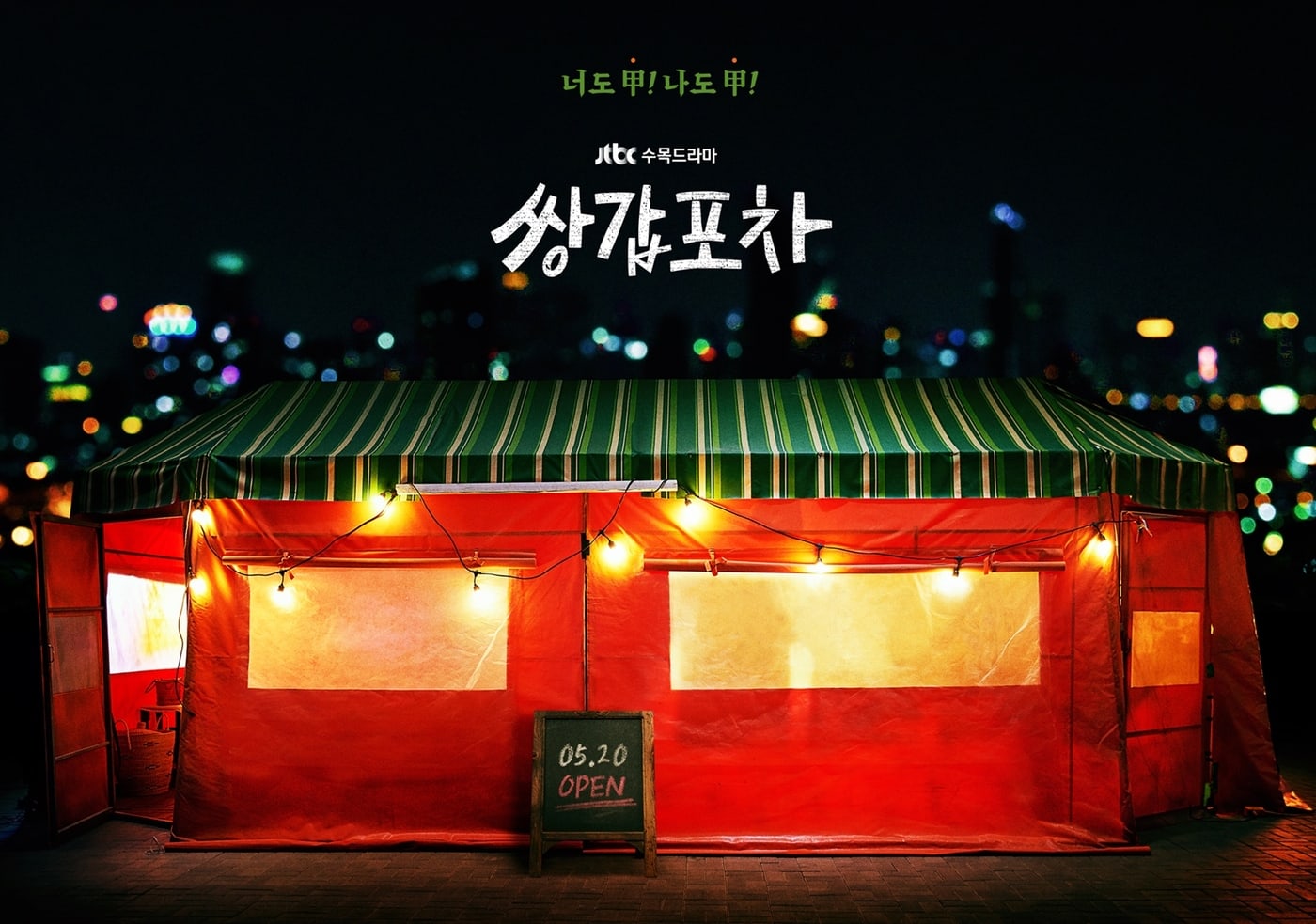 The production crew commented, “The first episode of ‘Ssang Gap Pocha’ has been confirmed for Wednesday, May 20. We completed all of the filming with the goal of pre-production, and we will focus on working out the details to complete the story. Various counseling episodes will be portrayed by actors Hwang Jung Eum, Yook Sungjae, Choi Won Young, Lee Joon Hyuk, Jung Da Eun, and more, so we ask for much interest and love until the premiere.”

“Ssang Gap Pocha” will air its first episode on May 20 via JTBC.