Park Seo Joon might be facing his biggest crisis yet on JTBC’s “Itaewon Class.”

In the previous episode, Park Sae Roy (Park Seo Joon) came to terms with his feelings for Jo Yi Seo (Kim Da Mi). Filled with regret, he raced to her side, but her hospital room was empty and she was nowhere to be found. She had been kidnapped by Jang Geun Won (Ahn Bo Hyun) and Kim Hee Hoon (Won Hyun Joon).

After receiving a message with her photo and an address, Park Sae Roy set out to save her. When he arrived at the address, however, he threw himself in the path of a car aimed at Jang Geun Soo (Kim Dong Hee) and lost consciousness.

The new stills ask the question of whether Park Sae Roy’s revenge, of which he’d been dreaming for 15 years, will ever come to fruition. Choi Seung Kwon (Ryu Kyung Soo) and Ma Hyun Yi (Lee Joo Young) also show up at the hospital and react in despair to Park Sae Roy’s condition. In another still, Choi Seung Kwon and Oh Byung Heon (Yoon Kyung Ho) share a mysterious conversation at the hospital. 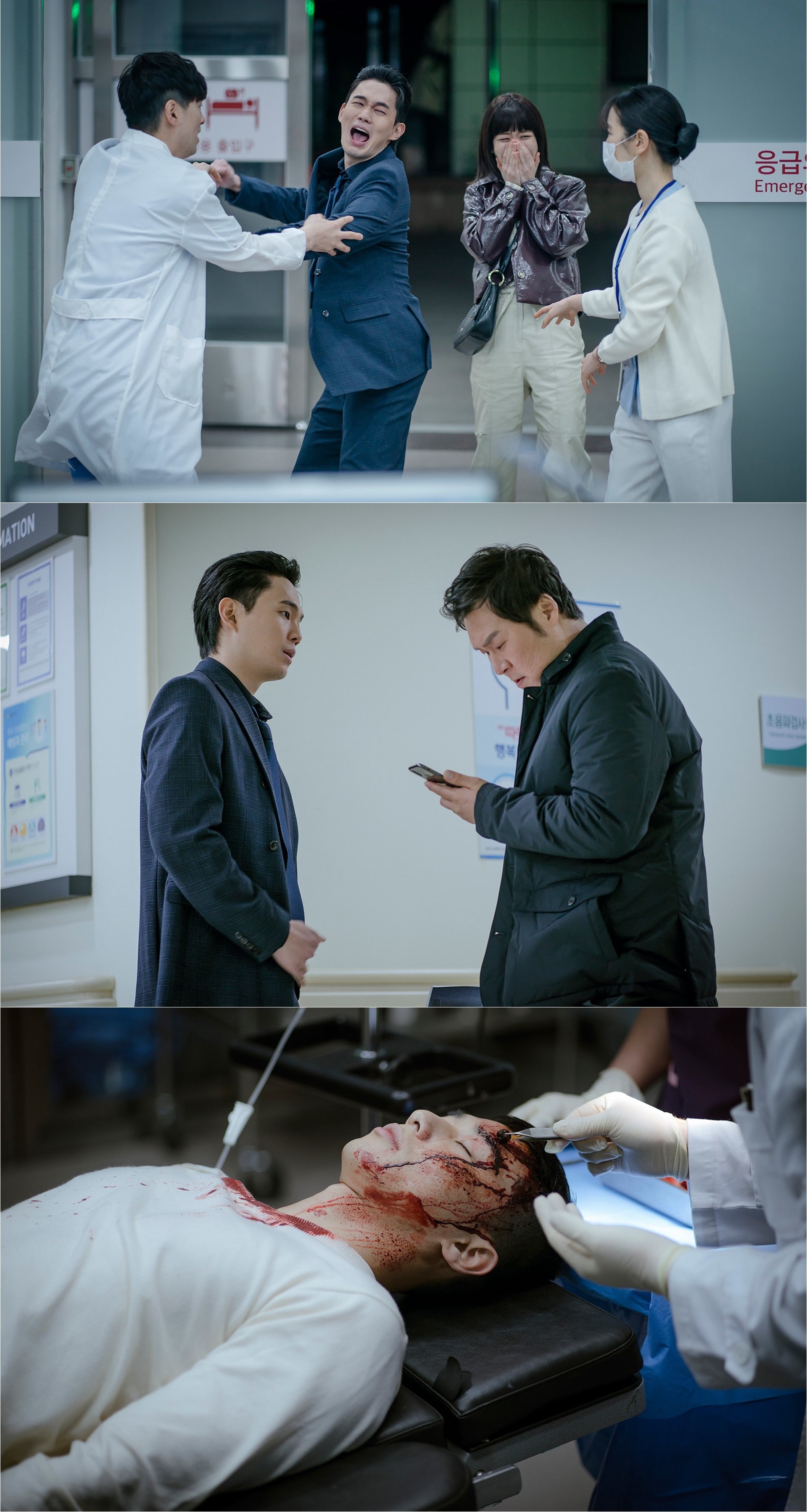 The production staff stated, “Critical developments will unfold as Park Sae Roy and Jo Yi Seo face the greatest danger of their lives. Please tune in and keep cheering him on to see whether Park Sae Roy will be able to achieve his revenge, 15 years in the making.”