Kim Hee Won and Kwak Do Won spoke about their experiences working with EXO’s D.O. and Im Siwan.

On the March 21 episode of “Ask Us Anything,” the actors appeared as guests and talked about some of their previous films.

The cast members asked Kim Hee Won about the scene from the 2014 film “Cart” in which he hit D.O. Super Junior’s Kim Heechul teased the actor by joking, “I heard it wasn’t something that was in the script.” Kim Hee Won replied with a laugh, “No, it was in the script. There were a lot of fans who came to the filming location back then. I hit him once [during filming] and the fans started screaming, ‘No!’ So it became a bad take, [and we had to start over].”

Kim Heechul pointed out, “Then D.O. ends up getting hit more [because they have to redo the take]!” Kim Hee Won agreed, “I told the fans that they had to be quiet, because [D.O.] would have to continue getting hit over and over again if the takes were unusable. I felt that he was very sincere about acting, so I wanted to help him. So I purposefully grabbed him by the collar, hit him, then shook him again.”

“I believe that was D.O.’s first film,” commented Kim Heechul. “So he felt really thankful towards you.” 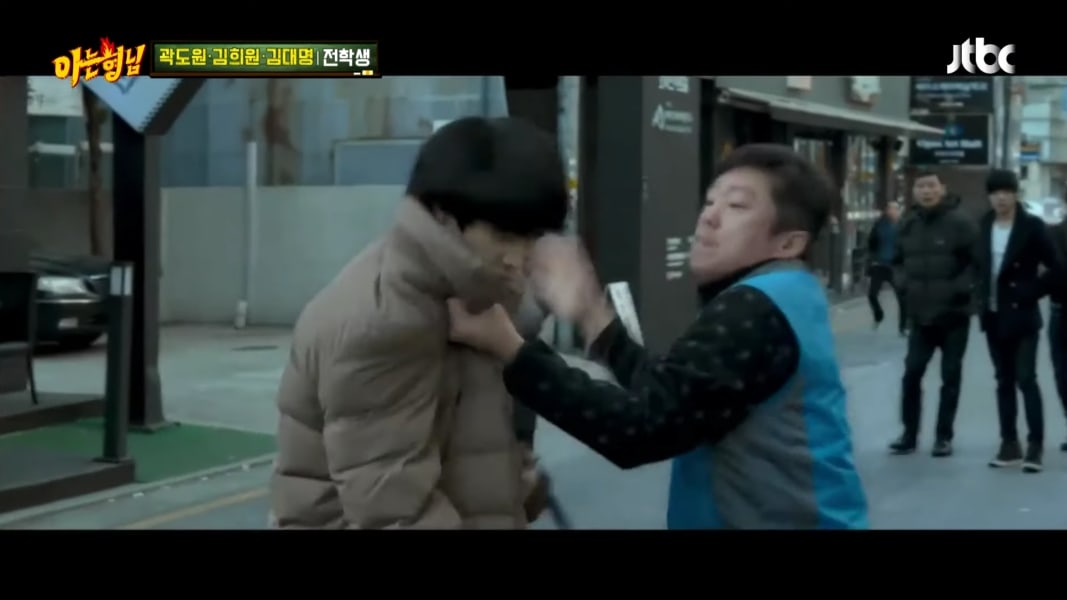 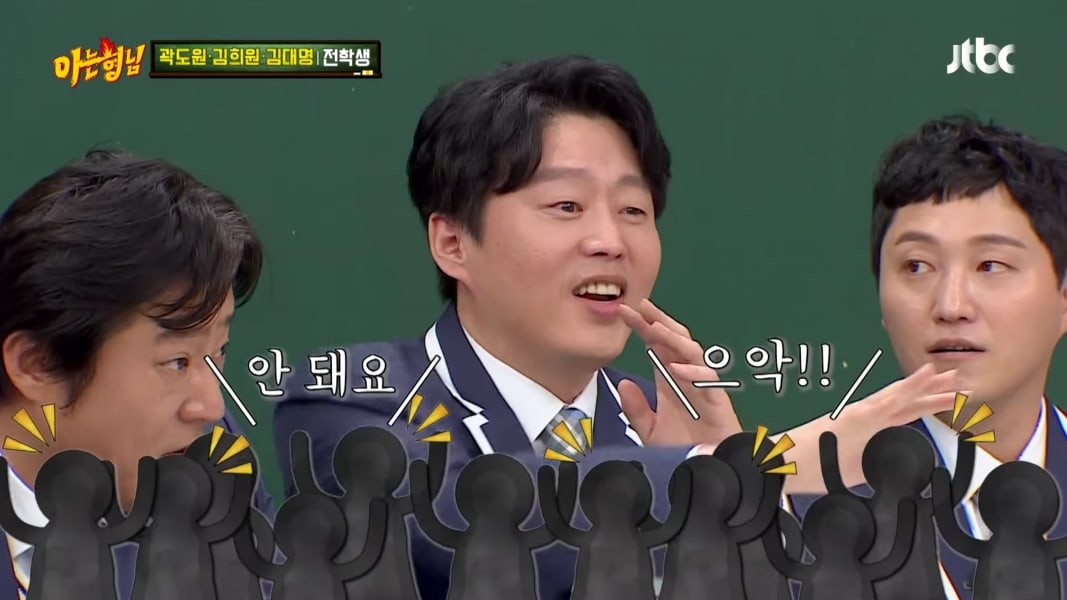 Kwak Do Won then spoke about the time he hit Im Siwan in their 2013 film “The Attorney.” Kim Young Chul commented, “I could tell that he had been hit many times just by watching the film.”

Wearing a pained expression, Kwak Do Won recalled, “There’s really nowhere to even hit Siwan [on his face]. His face is so small. And when you hit him, he flies away, especially since he’s keeping his body relaxed.”

He continued, “Veins in the white part of his eyes burst, so both of his eyes became completely bloodshot. I started crying, and Siwan’s face was all swollen from getting hit. After the scene ended, I said, ‘Siwan, what are you going to do about your concert tomorrow?’ and he replied, ‘It’s okay, hyung. There’s a special privilege for idols. We can wear sunglasses on stage.”

Kwak Do Won expressed how moved he was by Im Siwan’s words and praised his co-star for his impressive mindset. 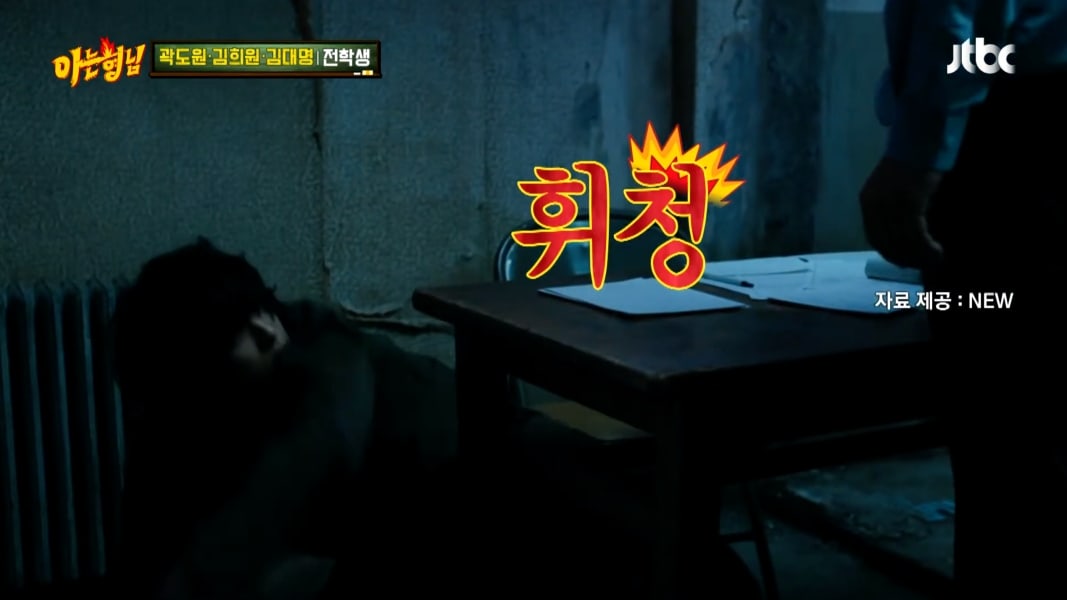 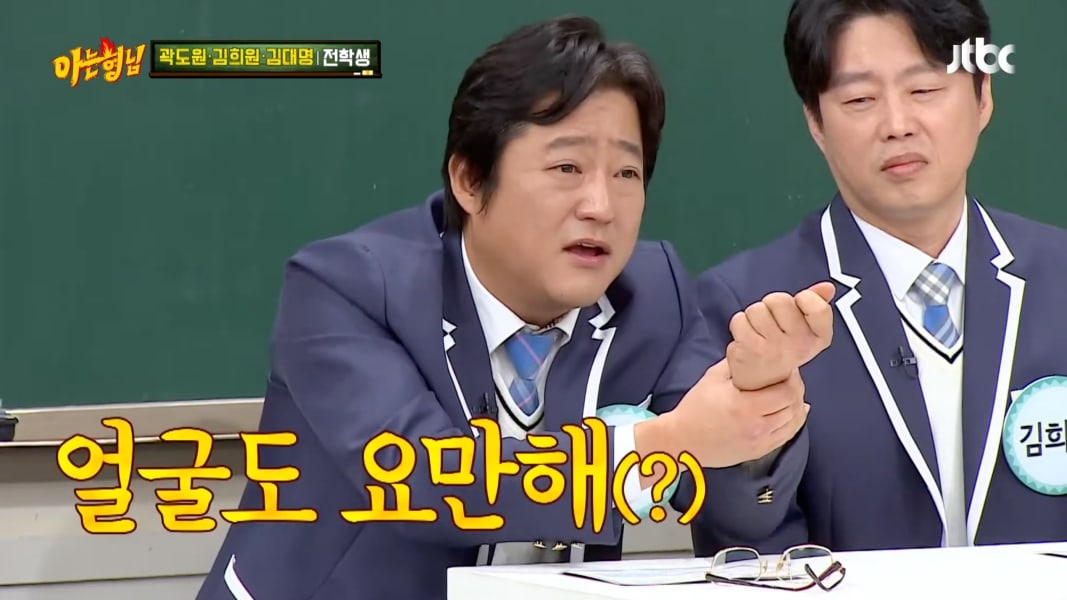 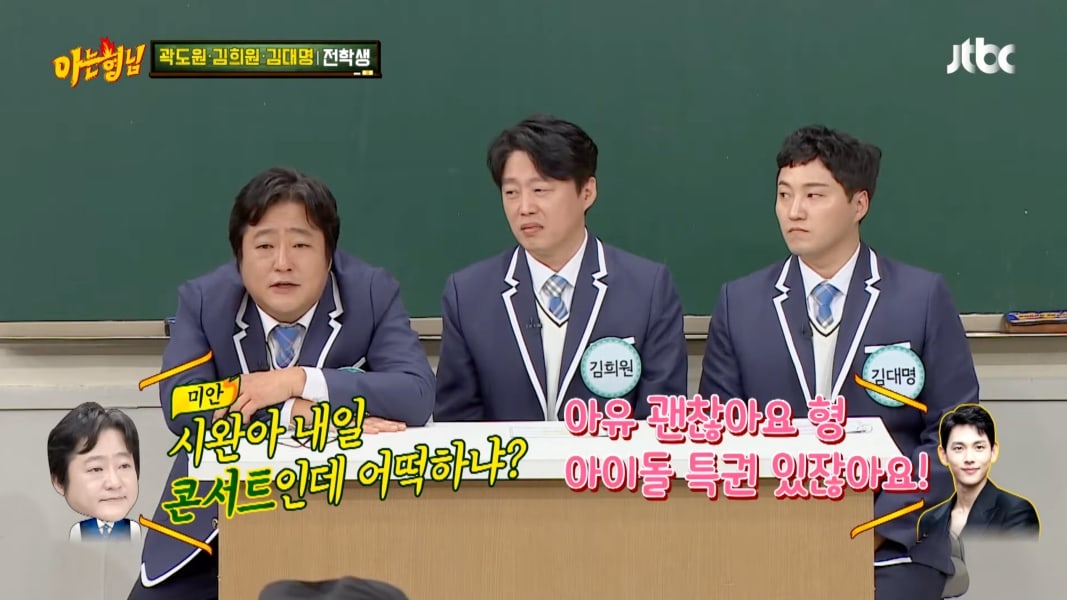