OCN’s upcoming drama “Rugal” has shared a new behind-the-scenes glimpse of its cast on set!

Based on the webtoon of the same name, “Rugal” is a sci-fi action thriller starring Choi Jin Hyuk as Kang Ki Bum, an elite detective who attempts to bring down a nationwide terrorist organization named Argos. In the process, he ends up being targeted by the powerful criminals behind Argos—led by the evil villain Hwang Deuk Goo (played by Park Sung Woong)—and not only does he lose his beloved wife and both of his eyes, but he is also framed for murder.

After joining an organization named Rugal, which has gathered a team of “human weapons” with special powers created through biotechnology, Kang Ki Bum receives a set of artificial eyes and sets out on a quest to wipe out Argos once and for all.

According to the drama’s production crew, the fierce and charismatic cast go from lethal to friendly and playful the moment that the cameras stop rolling. The producers of “Rugal” remarked, “The atmosphere on set is always cheerful, harmonious, and loving.”

Praising the actors for their strong chemistry and teamwork, they went on, “The strength of the ‘Rugal’ cast, who are able to perfectly pull off their powerful characters, can be found in the fact that they always enjoy filming. From the very first episode, you’ll be able to sense their deep chemistry and flawless teamwork.”

Check out the new behind-the-scenes photos of the cast between takes below! 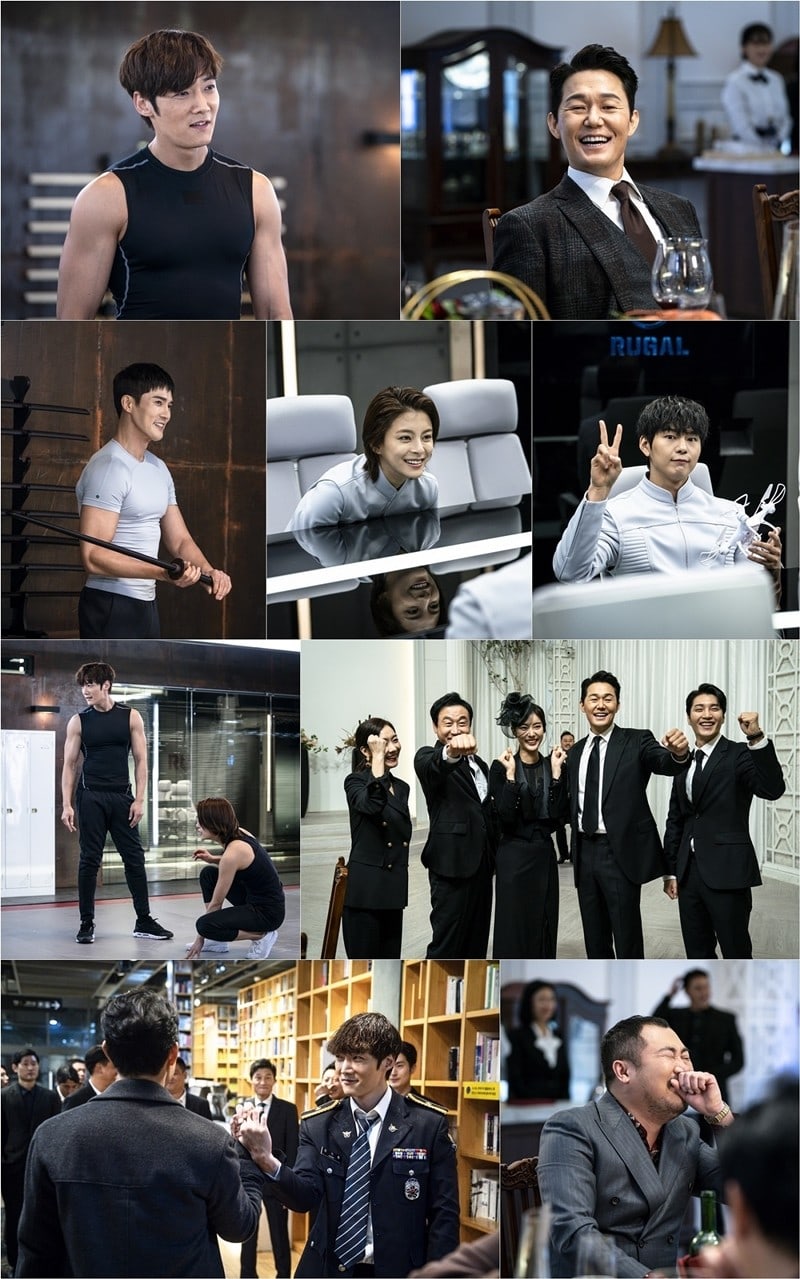 “Rugal” will premiere on March 28 at 10:50 p.m. KST. In the meantime, you can watch the latest teaser for the drama here!