In JTBC’s Monday-Tuesday drama “I’ll Go to You When the Weather Is Nice,” Park Min Young’s character Mok Hae Won experienced many changes in a span of ten years.

After ten years, Mok Hae Won returned to the small countryside town of Buk Hyeon. From the age of 18 to her current age of 28, she underwent many transformations with the unexpected curve balls life threw at her. More change is expected to come her way as her heart opens up to Im Eun Seob (Seo Kang Joon).

Here are three major changes Mok Hae Won experienced in the past ten years (all ages are in Korean reckoning):

Mok Hae Won was an ordinary high school student in Korea who did nothing particularly well. That was until she came home one day to find blood spilled on her front yard. It turns out that her mother Shim Myung Joo (Jin Hee Kyung) had murdered her father Mok Joo Hong (Seo Tae Hwa). Since then, Mok Hae Won came to Buk Hyeon to live with her aunt Shim Myeong Yeo (Moon Jung Hee) and grandmother Yoon Hye Ja (Lee Young Ran).

No one remained by Mok Hae Won’s side because she was the daughter of a killer. Then Oh Young Woo (Kim Young Dae), the popular kid at school, became an oasis in her barren life. When he showed interest in her, the other students also began to come to her side. Bit by bit, peace and happiness returned to her life and turned it into a lively garden. 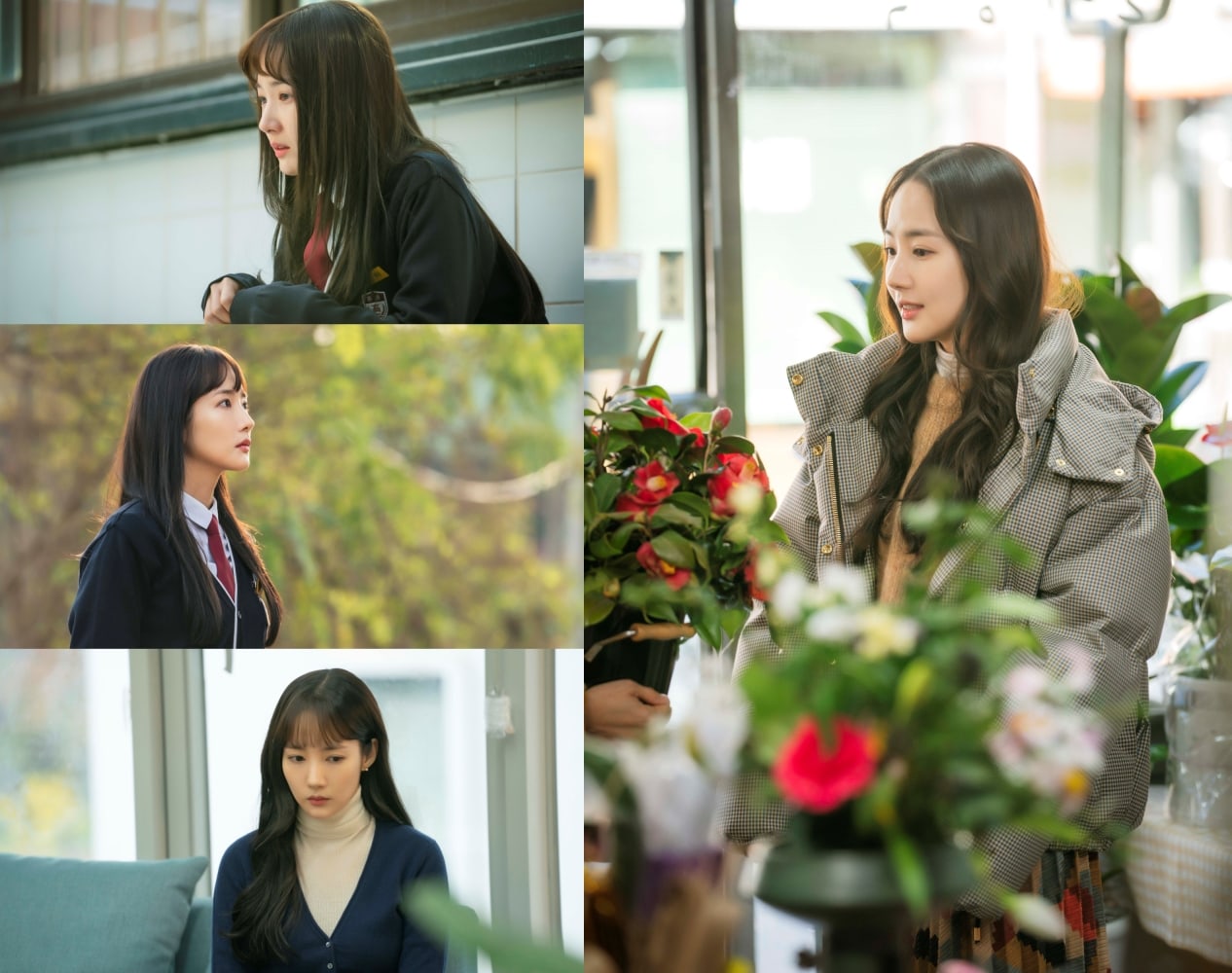 Mok Hae Won was relieved from all thoughts when she listened to the beautiful melody of the cello. She was quite good at playing it as well, so she started to work as a cello teacher. However, life in Seoul wasn’t easy. Life went by quickly without a break, and she had to blend in with countless people—even if it meant going against what’s right. However, Mok Hae Won got into an argument with a student who cut off someone else’s cello string, and she couldn’t tolerate it when the director of the cello school told her to disguise herself as a student to spy on a rival academy. The laughter of the fellow lecturers and students that could be heard through the open classroom door only made her feel infinitely small. Eventually, she declared, “I don’t think I deserve to teach anyone.”

Mok Hae Won eventually returned to Buk Hyeon. Although it was a place that held terrible memories for Mok Hae Won, it was also the only warm haven that reminded her of her grandmother. Buk Hyeon especially became a special place for her because of Im Eun Seob, who warmed up her harsh winter with his sweet smiles and gentle advances.

Park Min Young
I'll Go to You When the Weather Is Nice
How does this article make you feel?