Both Park Bo Gum and Hong Suk Chun made memorable cameo appearances in the finale of the hit drama, which aired on March 21 to the highest viewership ratings of the show’s entire run.

The next day, Hong Suk Chun took to Instagram to share two photos: one he’d snapped with Park Bo Gum and Kwon Nara after filming their scene in “Itaewon Class” together, and another he’d snapped when Park Bo Gum paid an unexpected visit to his restaurant in Itaewon.

Hong Suk Chun wrote in the caption, “If I had to name someone who shines brightly, it’d definitely be Park Bo Gum, without a doubt.

“Loyal Bo Gum—who made a special appearance in ‘Itaewon Class,’ which aired its final episode last night, out of loyalty to the director. He is such a welcome and lovable presence that all the staff on set cheered for him [during his appearance], hehe. Even though it was brief, he’s someone who shines brightly.” 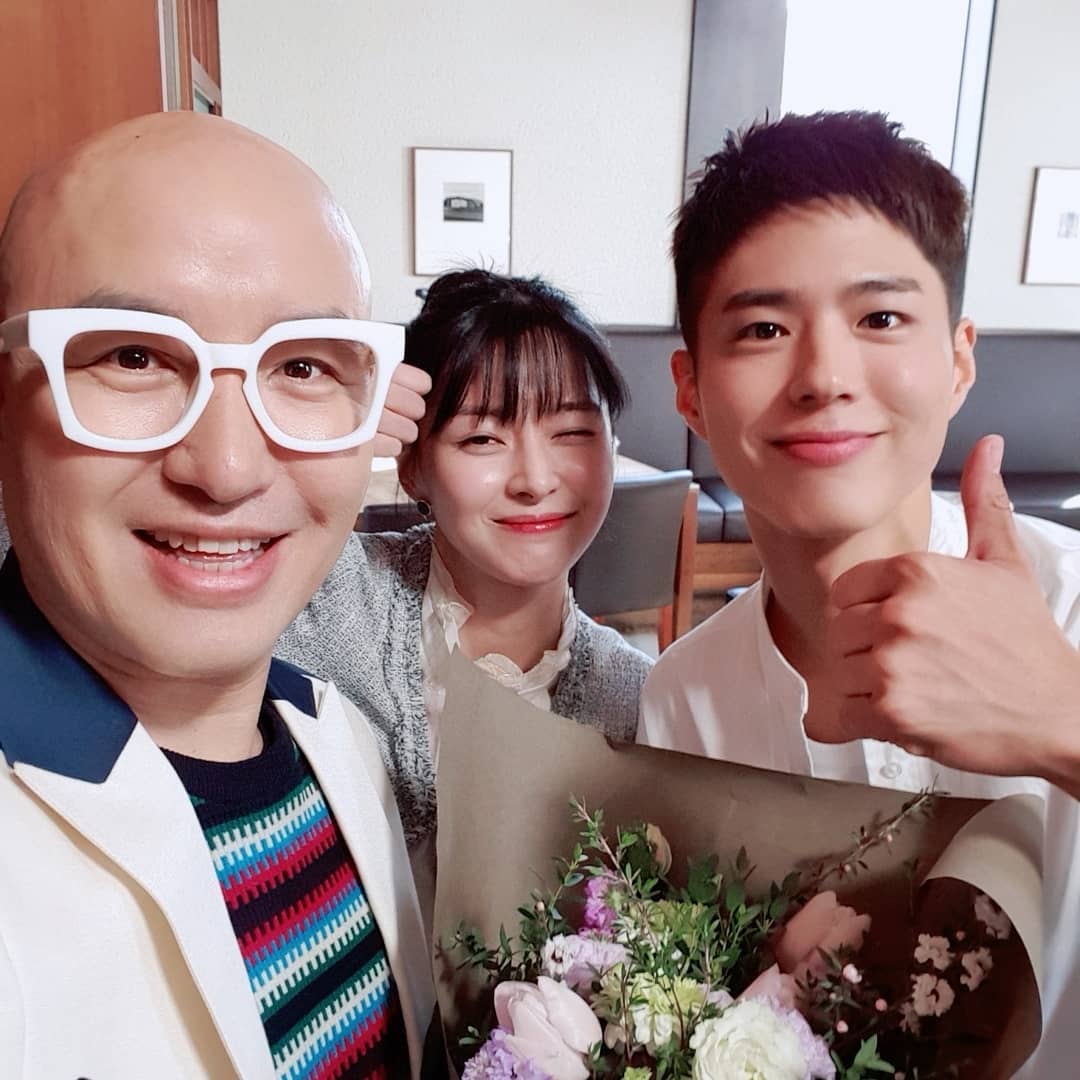 Hong Suk Chun went on to reveal that he had predicted Park Bo Gum’s success as an actor early on.

“He’s someone whom, when I saw him for the first time in a small role, I predicted would make it big,” he wrote. “I hope he will continue to receive love for a long time with that same mindset and heart.”

He went on to add, “In passing, [Park Bo Gum] told me, ‘Hyung, I’ll stop by your restaurant for a meal.'” Although the celebrity restaurateur hadn’t expected Park Bo Gum to follow through, he shared, “[Park Bo Gum] actually took the subway and came to eat with his friend. I asked him, ‘You took the subway?’ and he said, ‘Yes, I take it often. I like it because it’s comfortable.’ Hehe, I think he’s a really great kid.”

After his cameo in “Itaewon Class,” Park Bo Gum is currently gearing up to star in tvN’s upcoming drama “Record of Youth” (literal translation), which will also star “Parasite” actress Park So Dam.

In the meantime, you can watch Park Bo Gum in his latest drama “Encounter” with English subtitles below!