“Eccentric! Chef Moon” is a heartwarming romantic comedy that will follow the unusual love story of Yoo Bella, a world-famous fashion designer who has lost her memories (played by Go Won Hee), and star chef Moon Seung Mo (played by Shinhwa’s Eric).

Although Yoo Bella was once a highly-driven and successful designer, an unexpected accident causes her to transform into an accident-prone klutz who is unable to remember her past. No longer able to work, she moves to the countryside, where she reunites with chef Moon Seung Mo and embarks on an unexpected journey of growth, love, and development.

Meanwhile, Moon Seung Mo is a celebrated chef who travels all over the world opening pop-up restaurants to introduce people to Korean cuisine. However, an unforeseen incident brings him to the same countryside village as Yoo Bella, whom he happened to meet once in the past—and due to circumstances outside their control, they are forced to live together under one roof. 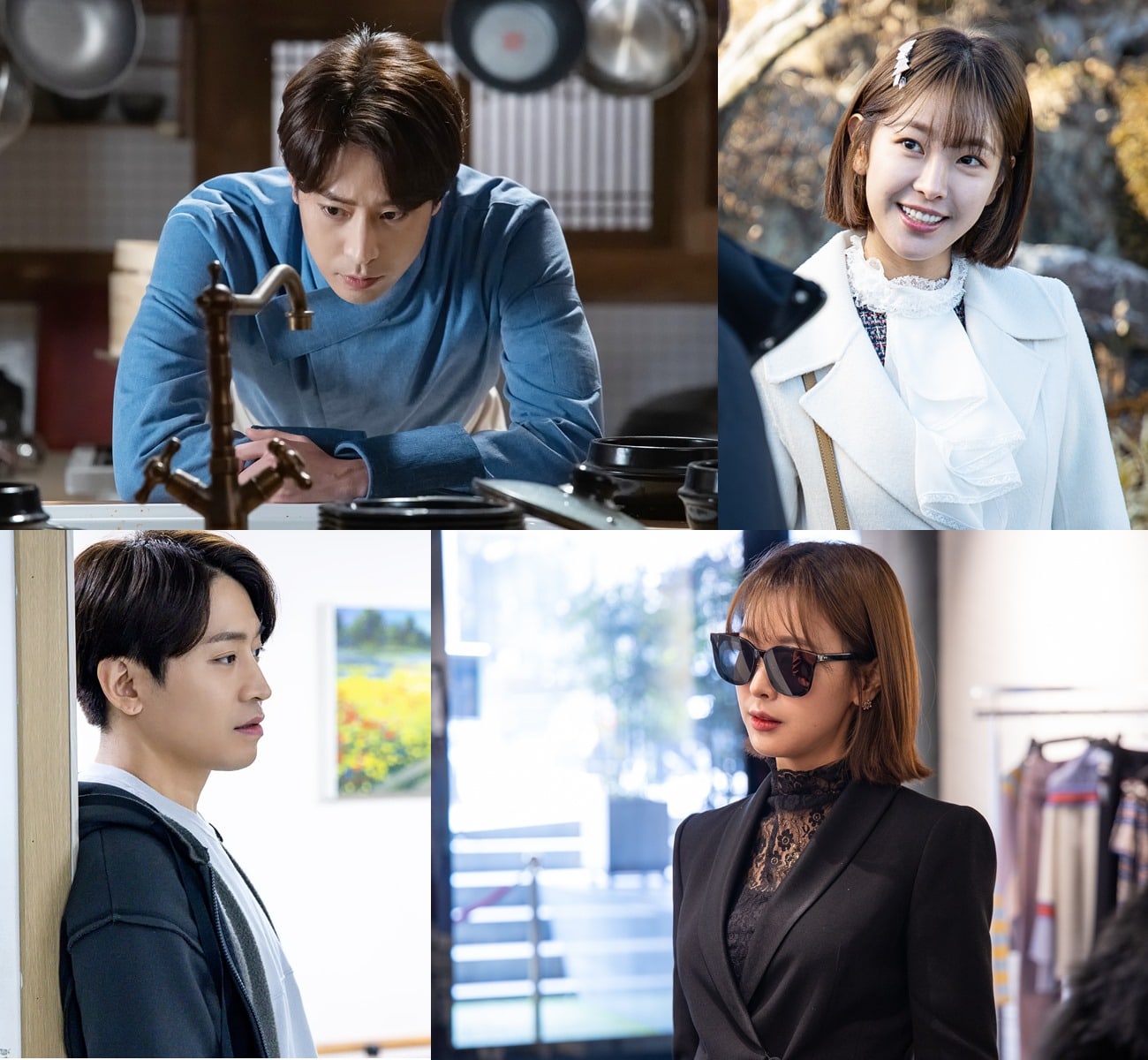 Dressed in a blue chef’s uniform, Moon Seung Mo wears a frown as he glares at the dishes in front of him; but once he has relocated to Seoha, his expression looks relaxed as he converses with someone in casual wear. Yoo Bella similarly looks cold, poised, and perfectly polished in sunglasses and a chic all-black ensemble; but after moving to the countryside, her expression turns playful as she wears a bright smile—and a brighter outfit to match.

“Eccentric! Chef Moon” premieres on March 27 at 10:50 p.m. KST and will be available with English subtitles on Viki.